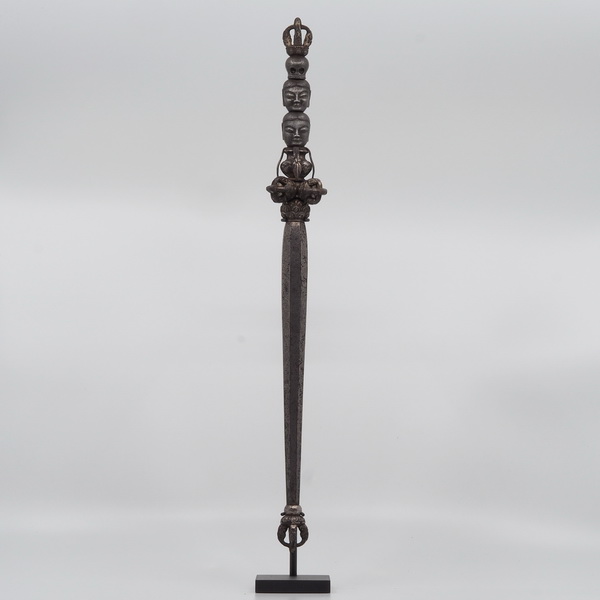 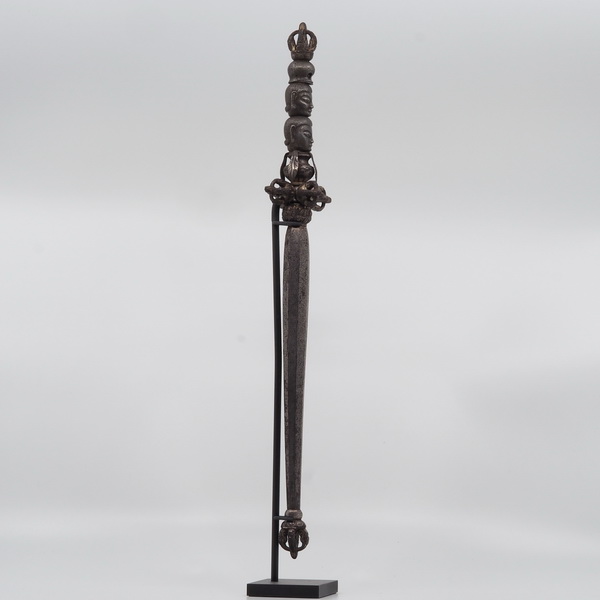 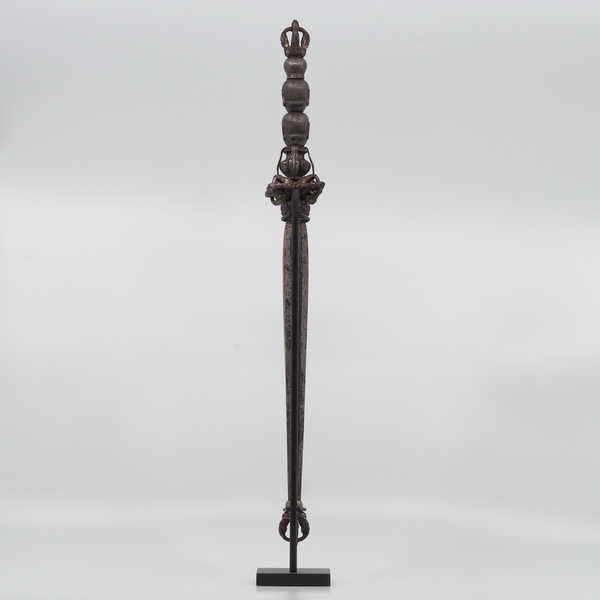 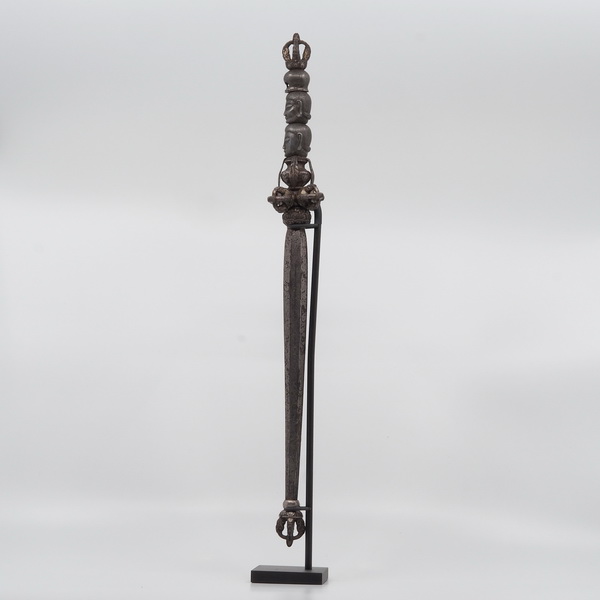 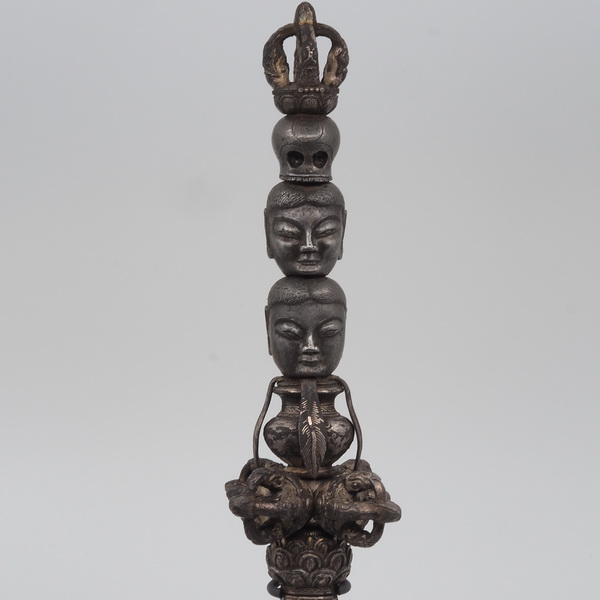 The structure of the khatvanga is characterized by the superposition of the double vajra (vishvajra), the vase of abundance and of three human heads in different stages of decomposition. A particularly rich symbolism is connected to this structure. The double vajra represents the solid earthly basis surrounding the mythical Mount Meru, represented by the Vase of Abundance (kalasha). The three heads stand for the world of desire (kamaloka), the world of pure form (rupaloka) and the world of formlessness (arupaloka). The whole is framed by two half vajras, which stand for the paradise of the Buddhas. The octagonal handle represents both the central axis of Mount Meru and the horizontal directions.