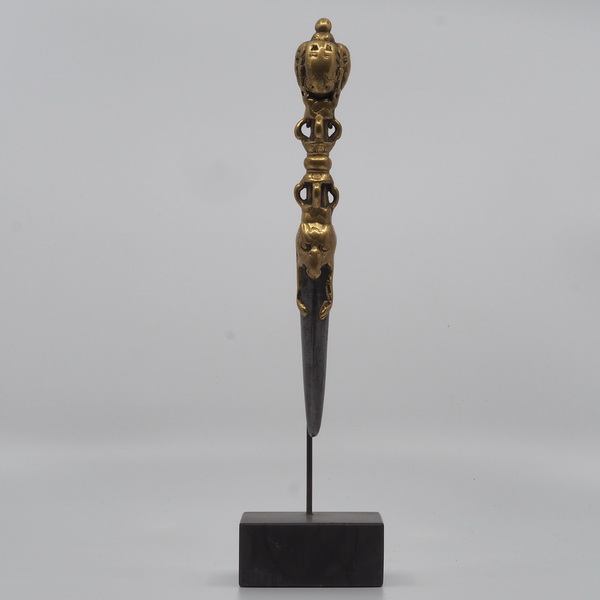 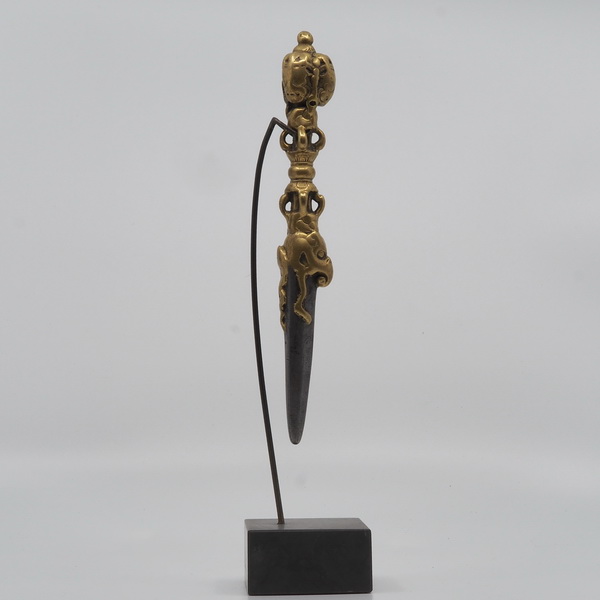 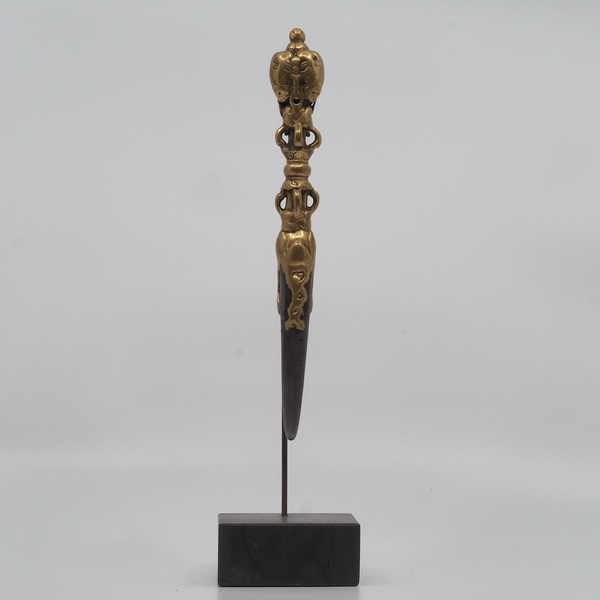 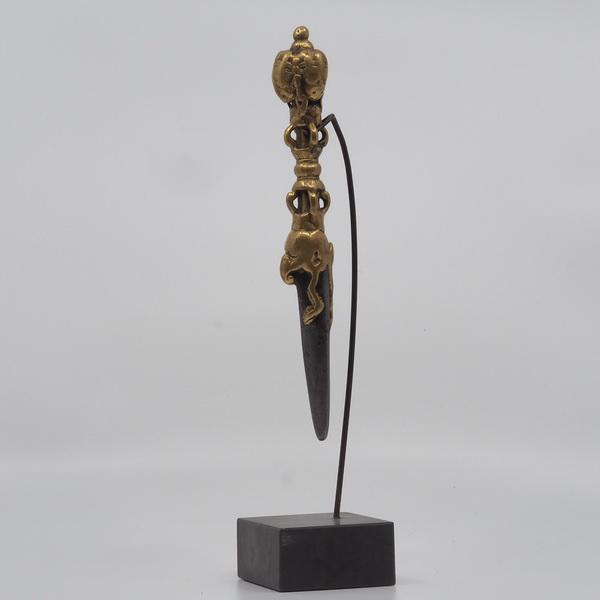 Vajrakila (Skt.) or dorje phurba (Tib.) is the name of a particular ritual dagger of Indian or perhaps Mesopotamian origin, employed by all Tibetan Buddhist schools. Many of these objects were manufactured in the Derge area of Eastern Tibet (Kham).

The phurba as a ritual object is also directly related to Dorje Phurba or Vajrakilaya, a wrathful deity of Tibetan Buddhism who is often seen with his consort Dorje Phagmo or Vajravarahi. Vajrakilaya is embodied in the phurba as a means of destroying (in the sense of overcoming and then freeing) violence, hatred, and aggression by tying these inner “demons” with the three blades of the phurba and transmuting them with its tip. The pommel may be employed in blessings. The phurba is therefore not an actual weapon, but a spiritual implement. According to Tibetan tradition, the cult and practice of wrathful deity Vajrakila was introduced from India to Tibet during the 8th century by Padmasambhava.
It is also said that the phurba is cognate with lingam, that is metonymic of the primordial energy of the Universe. The phurba as lingam actualizes the yoni essence of whatever it penetrates.