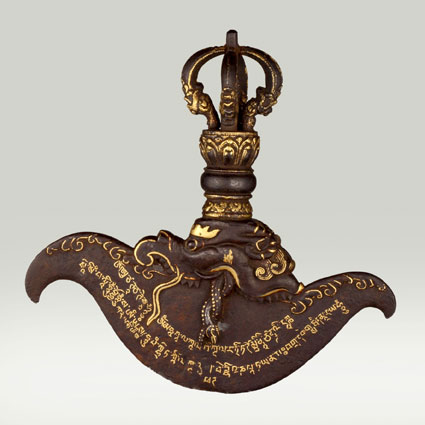 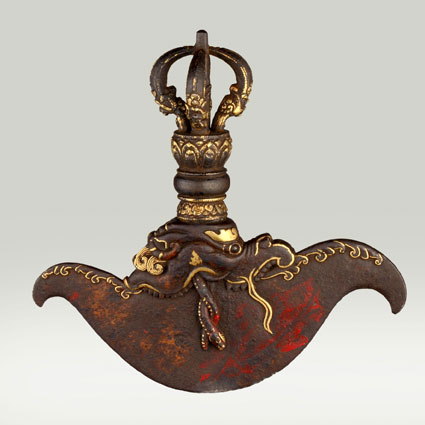 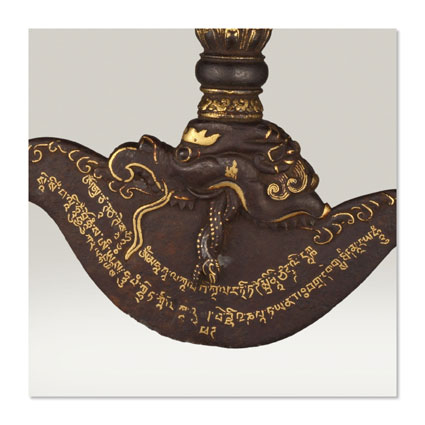 The ritual flaying knife (Skt.: kartrika, Tib.: trigug)  – is an attribute of wrathful Brahmanical and Buddhist deities. It is a solid cast in one piece, and bears a Tibetan inscription in Üchen script. The handle is crowned by a half-vajra and the transition between handle and blade is formed by a makara (mythical creature). Some of the ornaments and the inscription are inlaid with gold.
The ritual flaying knife is usually shown as a pair with a skull-cup (kapala). The knife serves to cut through the veil of dissonant emotions. In addition to male deities such as various forms of Mahakala, the wrathful deities wielding it also include goddesses like the Brahmanical Bhairavi, as well as the Buddhist Vajravarahi, the consort of Chakrasamvara; and Nairatmya, the consort of Hevajra; Simhamukhi, etc.