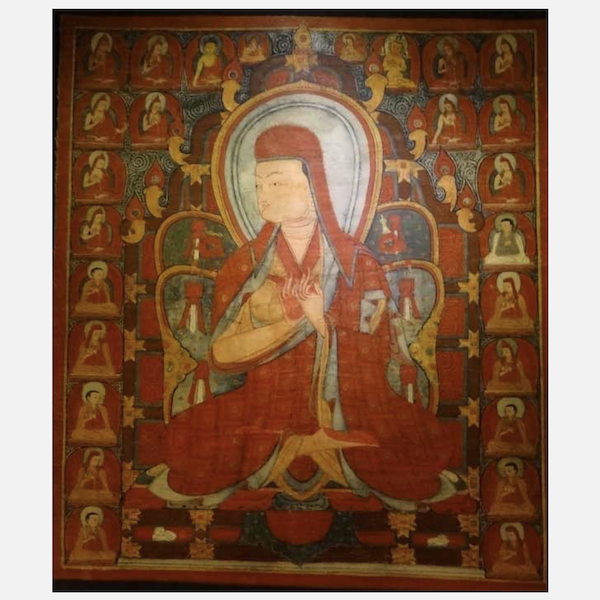 This Thangka was allegedly discovered in a cave in Western Tibet, the exact location of which remains unknown. The painting depicts a lineage of teachers of the Sakya tradition. Altogether 25 teachers are shown. Five of the teachers, including the principal one in the center, are distinguished by round red hats, while 13 wear pointed red hats, and five of the monks wear no hat. One wears the garments of a lay tantric teacher, while all the others are depicted in monks garments.

The principal monk in the center is seated in the diamond attitude (vajraparyankasana) on a throne with an elaborately decorated back rest. He displays the gesture of the “turning of the wheel of the law” (dharmacakra—mudra) and is clad in monastic garments (tricivara). Note the diamond scepter (vajra) and the prayer-bell (ghanta) depicted beside his shoulders. On the back of the picture at the place of each of the teachers stands a vertically written mantra: OM A HUM