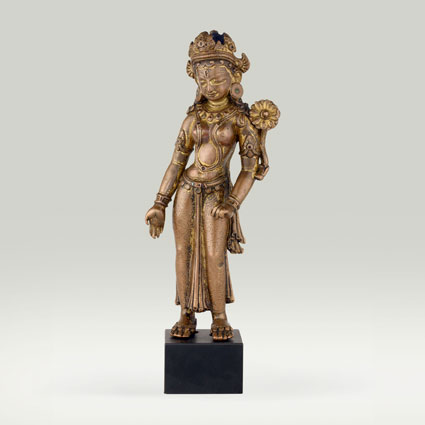 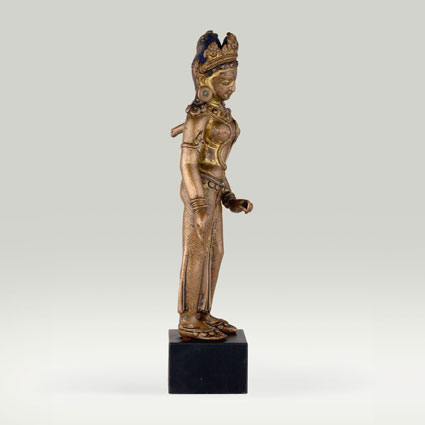 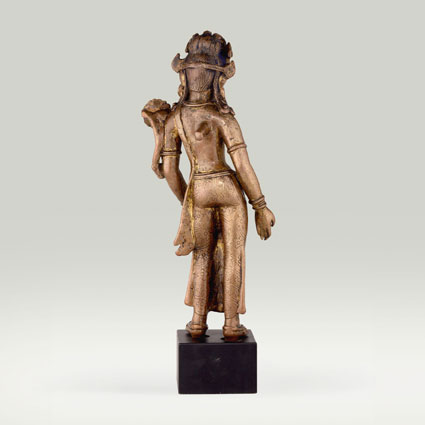 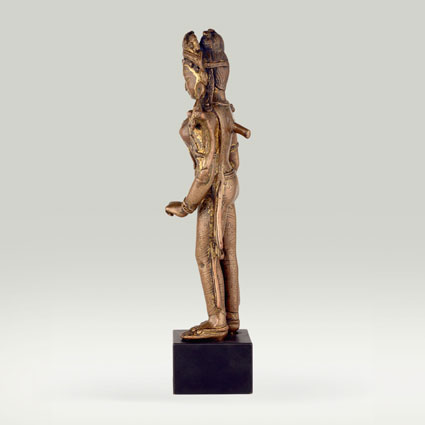 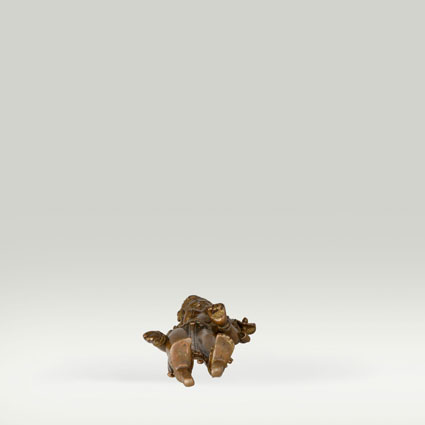 Tara (the saviour, the liberator) helps with the speed of the wind and reacts like an echo.. She accompanies sentient beings as the moon revolves around the earth. Tara is represented gracefully standing in a slightly bent attitude (abhanga). With her right hand she shows the mudra of gift-bestowal (varada-mudra), and with her left she holds the stem of a lily that blossoms above her shoulders. She is one with her mantra: OM TA RE TU TARE TURE SOHA. Lay people can call upon her for help in times of need by simply uttering her name with devotion.
Tara is a boddhisattva who, according to tradition vowed to manifest as a female until all beings are liberated from samsara. The devotion for Tara was popularised in Tibet by the Indian scholar Atisha (982-1054) from Vikramashila Monastery, who taught in Tibet from 1045 until his death.
Tara is a generic name for an Indian deity described in Tibetan Buddhism under 21 different forms, each with a different appearance and function, and the Green Tara (literally the “dark Tara”) is the source of them all. She is the consort of the Buddha Amoghasiddhi, and therefor belongs with the family of activity, but she can also be attributed to Buddha Amitabha and thus to the lotus family.