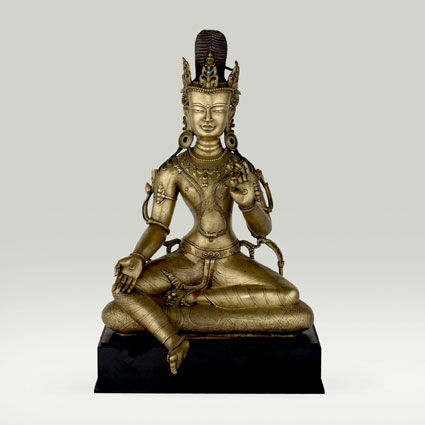 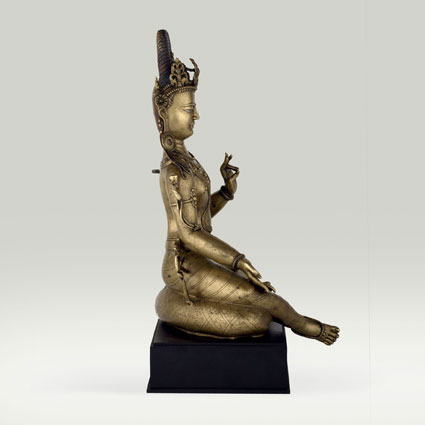 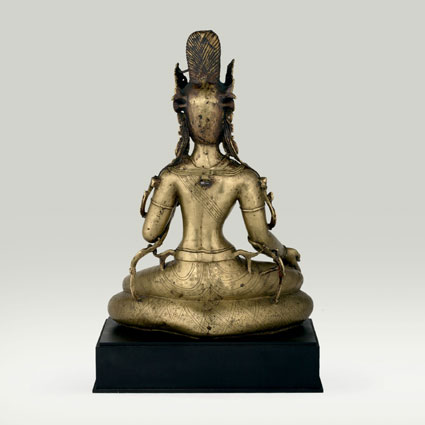 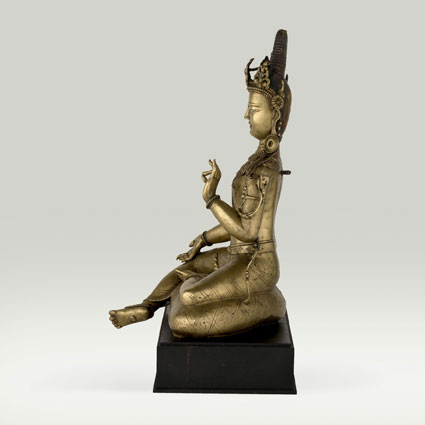 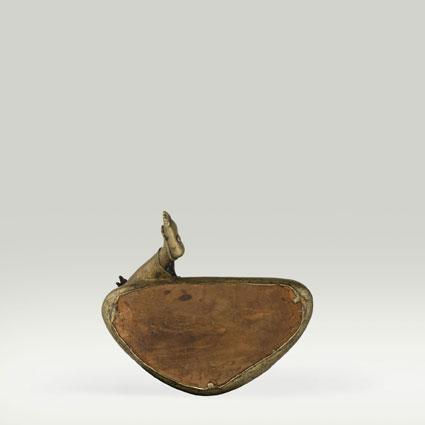 Tara in her green appearance is the most common representation of the deity. The colour green symbolizes active compassion. Tara acts with the speed of the wind, whose colour in Tibetan symbolism is also green. Her right foot is already touching the ground, showing that she is ready to get up and help all suffering beings. With her right hand she forms the gesture of charity (varada mudra), and with her left hand the gesture of argumentation (vitarka mudra).

According to some traditions, Tara was born from a tear shed by Avalokiteshvara. Another legend tells us that Tara was a pious spiritual practitioner. The monks in her village prayed for her to be born again as a man so that she too could experience awakening. They believed, as was common at the time, that only men could reach this state of being. When Tara heard about this, she disagreed with them. She argued that if, in the state of awakening to the ultimate truth, all duality is dissolved, that therefore the distinction between male and female exists only before awakening. Furthermore, she vowed to always reincarnate in a woman's body in order to help all female beings on the path to liberation.

This is one of the earliest known images of a seated Tara modelled in a Tibetan style in which the North-Eastern Indian influence is only faintly recognizable. It is interesting to note that she is not seated on a lotus pedestal but instead on a cushion following prototypes dating of the Tibetan imperial period (c. 600-842).