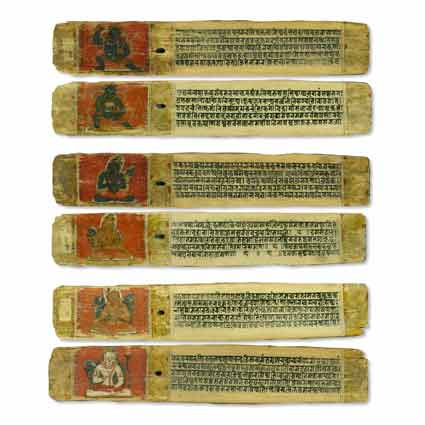 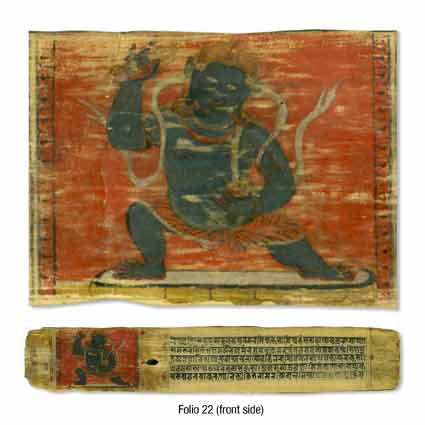 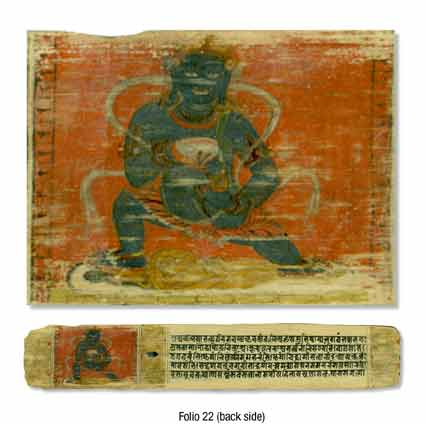 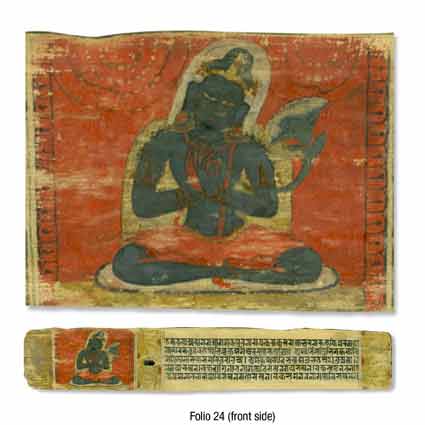 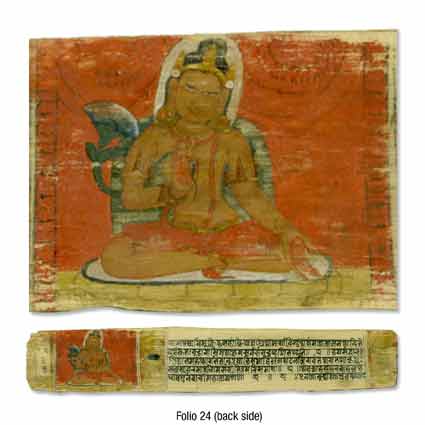 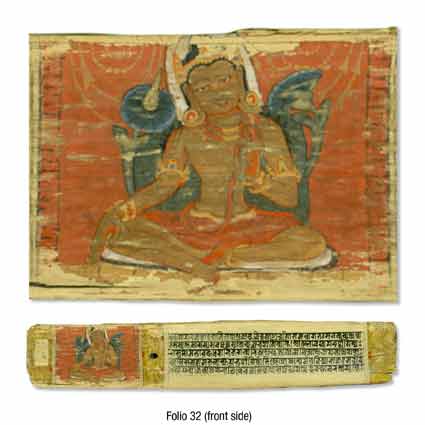 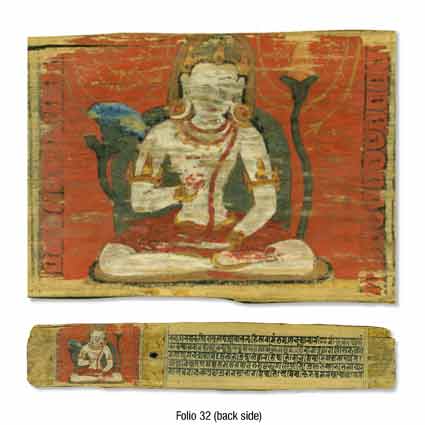 This three palm-leaf sheets originally formed part of a Asthasahasrika Prajnaparamita manuscript. Each sheet shows on both sides five lines of Sanskrit text written in Devanagari script and is illustrated with one Buddhist deity. The vertical borders on each side of the pages and the space between the text and the illustration are decorated with floral designs painted in yellow and red.

Folio 22 (back side): Form of Mahakala [skull-cup (kapala), blue colour, chopper (karttrka), stepping on a corpse with a head in one hand to the right (pratyalidhasana)].

Folio 24 (back side): One of the eight Bodhisattvas gesture of  “setting in motion the Wheel of Law” (dharmacakra mudra), holding blue lotus, blue colour, diamond attitude (vajraparyanka)].