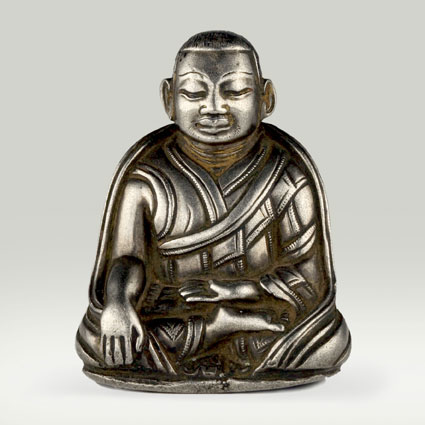 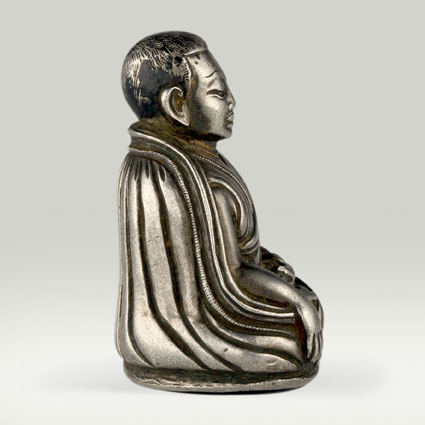 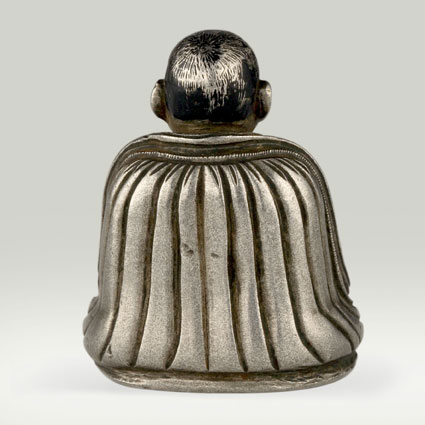 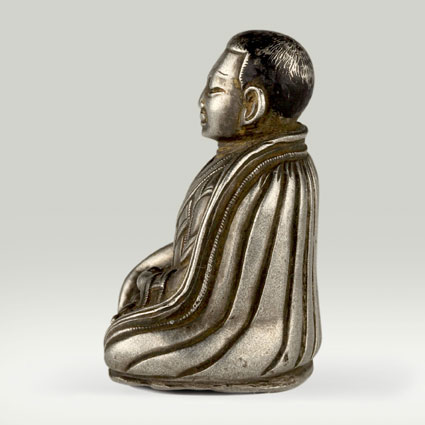 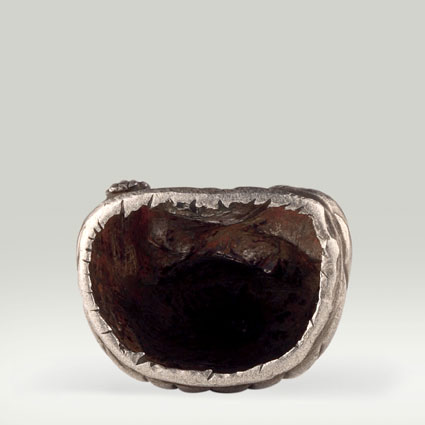 Same group as ABS 223, but they have differing hand positions (mudras).
They would have formed part of a larger statues and were attendants for an important monk of the Kadams school.

The monk is perfoming the bhumisparsha mudra (meaning: touch the ground) when Buddha reached enlightment under the Bodhi tree.

*Honorific title applied to a spiritual leader in Tibetan Buddhism, whether a reincarnate lama or one who has earned the title in life.
*A Tibetan or Mongolian Buddhist monk.