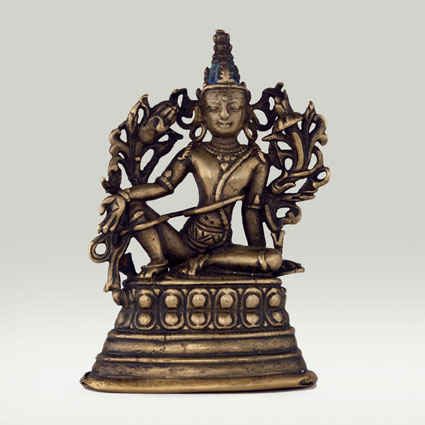 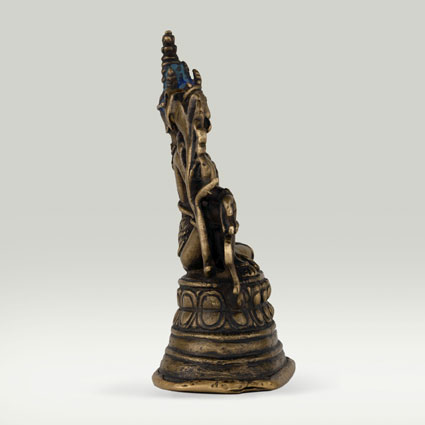 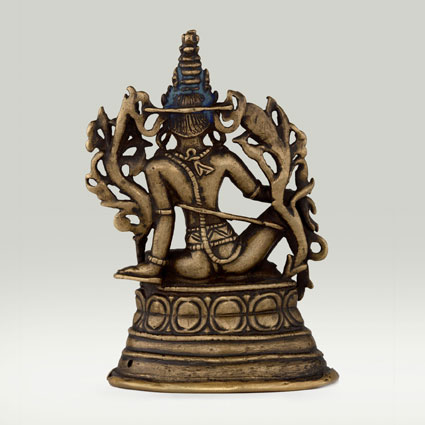 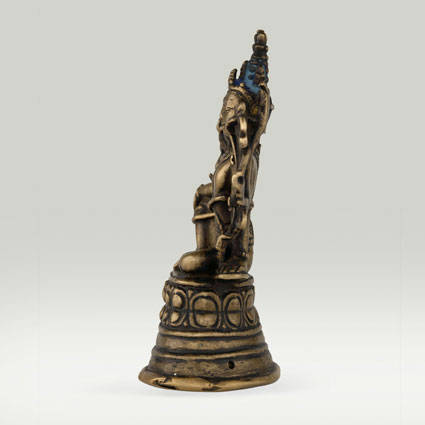 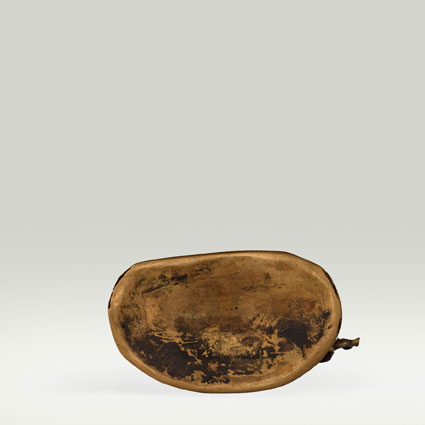 Avalokitesvara Padmapani is seated in the attitude of royal ease (rajalilasana) on a double lotus pedestal with a high rim. With his right hand placed on the right leg the Bodhisattva is displaying the gesture of charity (varada-mudra). He leans on his left arm with the hand placed behind the left thigh. The traces of blue pigment in the hair is a clear indication that this image had earlier been worshipped in Tibet. Images excavated in India have a entirely different archaeological patina.
Avalokitesvara
(From Wikipedia, the free encyclopedia)