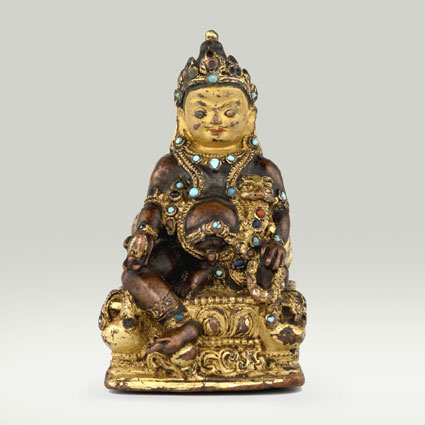 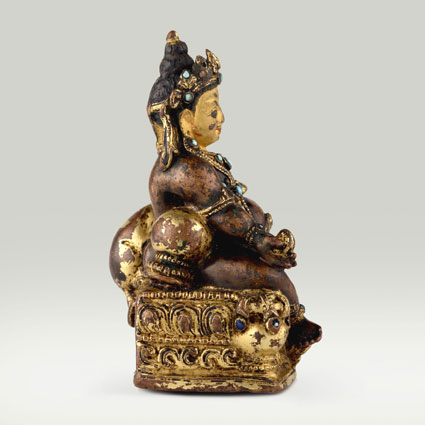 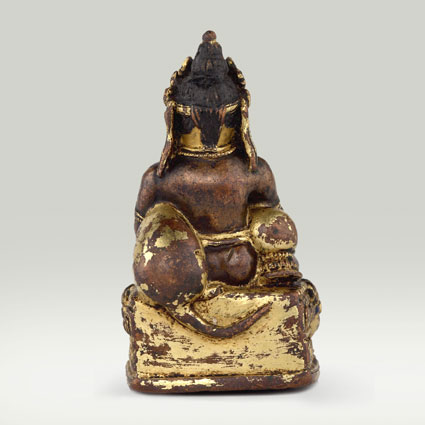 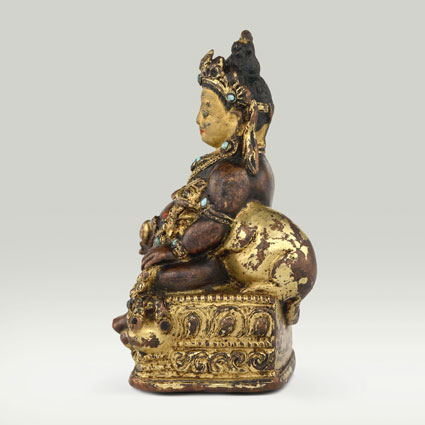 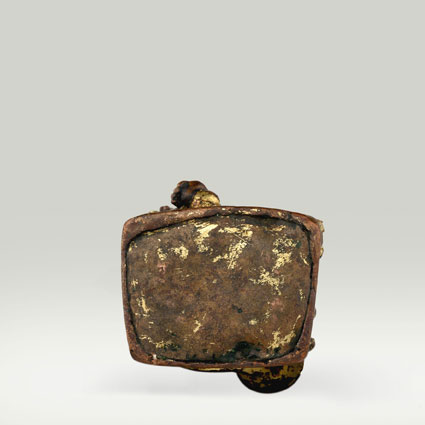 The yellow coloured Jambhala sits on a lotus. He he sits in the vajra position while his right foot rests on a snail (?) and a lotus flower. He has one face and two arms. His left hand holds a mongoose named Nehulay which spews forth precious jewels from its mouth, while his right hand is holding gems in the shape of fruit and lotus leafs.
An ordinary image of Lord Vaisravana is one that holds a precious pagoda in the left, which pours out various treasures. In Tibetan Tantric images, the precious pagoda is replaced by the treasure-spewing mongoose.
The Yellow Jambhala is considered the most popular and powerful of the Wealth Gods. He is the emanation of Buddha Ratnasambhava. He can remove poverty within the six realms, increasing virtues, life span and wisdom.
He is also said to be an emanation of Vaisravana, one of the "Four Great World-protecting Heavenly Kings". He is the guardian of light in Buddhism, a great charitable deity who grants fortune and protection. Lord Vaisravana lives in the northern region under the Four Heavens, at the northern crystal palace on the fourth level of Mount Sumeru. His servants are either yaksas or bhaisajya-yaksas. According to the commentary on Lotus Sutra, this heavenly king is extremely knowledgeable as his perpetual protection of the Buddhas has enabled him to receive many teachings.
His mantra is: Om Jambhala Jalendraye Svaha
Vaisravana, Kubera, Jambhala
Vaisravana (Sanskrit) or Vessavaṇa (Pali) is the name of the chief of the Four Heavenly Kings and an important figure in Buddhist mythology.