Ascetic form of the Pensive Avalokiteshvara 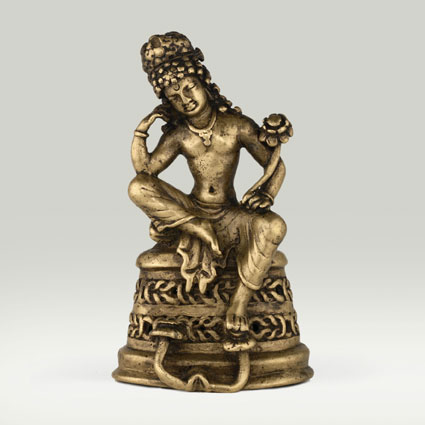 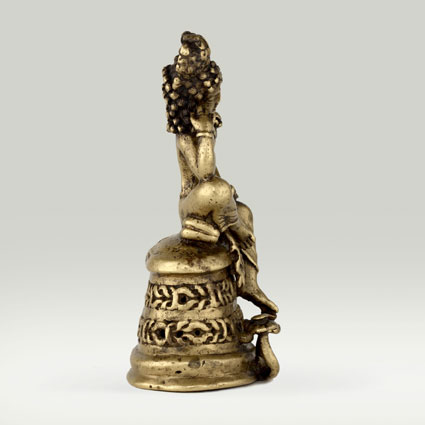 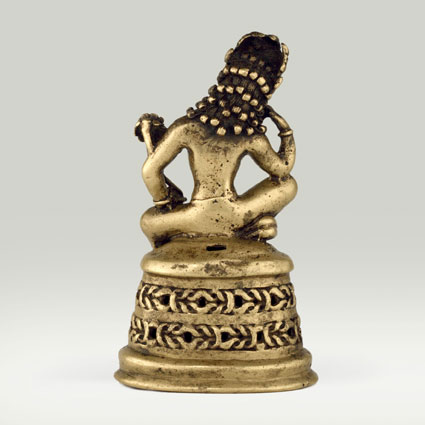 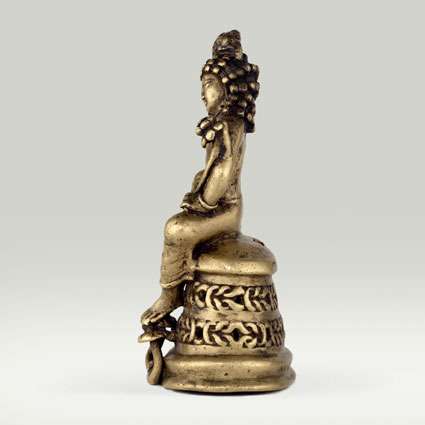 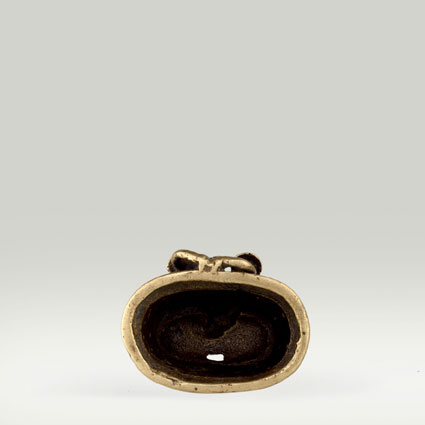 The “pensive Avalokitesvara Padmapani” is shown here in the siddhi-like ascetic nirmanakaya aspect, distinguished by long hair and very few ornaments. This denotes the manner in which a Bodhisattva appears in the worldly existence of samsara. The “pensive gesture” is presumably indebted to Greco-Roman influence.

The ascetic Bodhisattva, identified as Avalokitesvara Padmapani - the "lotus bearer", is gracefully seated in the vamardhaparyanka attitude with the left leg pendant on an oval fashioned wicker stool. Leaning to the side, the right elbow placed on the right knee upheld with the help of a pillow, he is supporting with the stretched fingers of the right hand the inclined head. the left hand, resting on the left thigh, holds the stalk of a lotus flower (padma) blossoming beside the left shoulder - a symbol of purity and fertility. Avalokitesvara is clad with a cloth (dothi) tied around the waist and hanging down in front. The Bodhisattva has a voluminous and elaborately fashioned crown of matted hair (makuta) decorated with flowers and leaves, with curly locks falling on both shoulders and at the back. The jewelry of the ascetic is restricted to one necklace inserted at the back of the seat is lost. attached to the front of the wicker stool are two lotus flowers as rests for the feet.
Avalokitesvara
(From Wikipedia, the free encyclopedia)