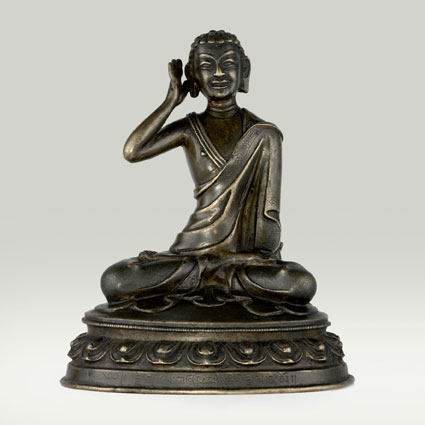 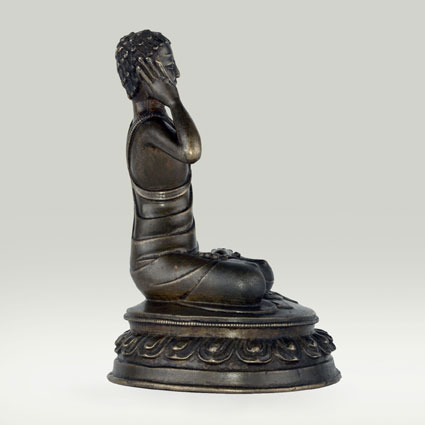 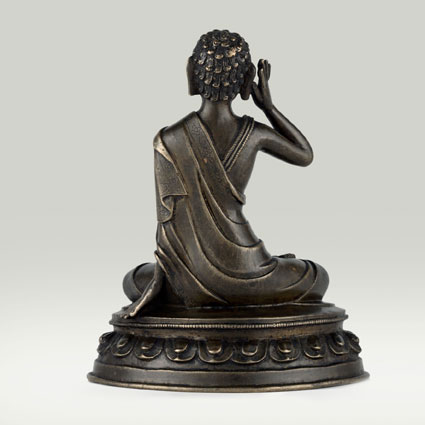 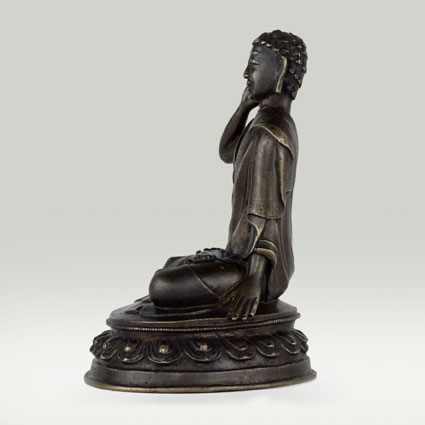 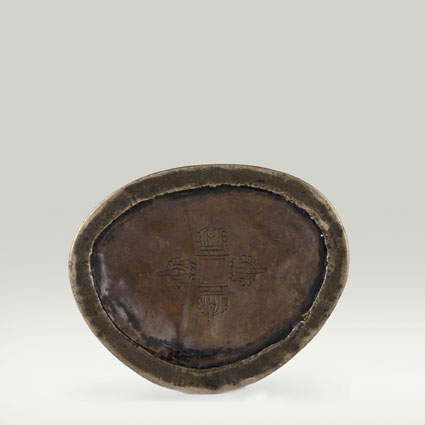 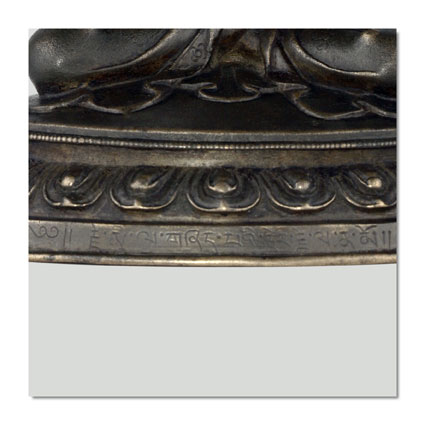 Description
Iconography
Hollow cast in one piece.
The dress is decorated with engraved floral patterns.
The bottom of the pedestal is sealed with a sheet of copper decorated with the visvavajra emblem.

Mi la ras pa is seated in the diamond attitude (vajraparyankasana) on a single lotus pedestal with an upper beaded border. He is clad with a garment carried over the left shoulder and wears a meditation band over the right shoulder and across the chest. In his typical manner, he holds the right hand to the ear, witle the left hand is resting on the pedestal behind his left thigh.

On the front of the pedestal is a dedicatory Tibetan inscription in dBu can script:
// rJe mi la gzhad p'ai rdo rje la na mo //.

Mi la ras pa (1040-1123), the famous poet-saint, was the principal disciple of Mar pa (1012-1097), the founder of the bKa'brgyud tradition. Several minor bKa' brgyud schools were founded by disciples of Mi la ras pa. This image was cast for a bKa'brgyud monastery in Central Tibet during the 15th/16th centuries
Biography

Milarepa (1040 - 1123)
Milarepa, the most renowned yogi in Tibetan history. He was born in Gungthang. His father was Mila Sherap Gyaltsen and mother, Nyangtsa Kargyen. He had one younger sister, Peta Paldron. He was named Mila Thöpaga, which means "Mila who is a joy to hear." At a young age, he lost his father and his family's estate passed into the hands of his father's brother, Mila Thöpaga's uncle, who, with his wife, virtually enslaved Mila's mother and family, making them work in the field. He, along with his mother and sister, went through tremendous suffering because of the ill treatment of his uncle and aunt.