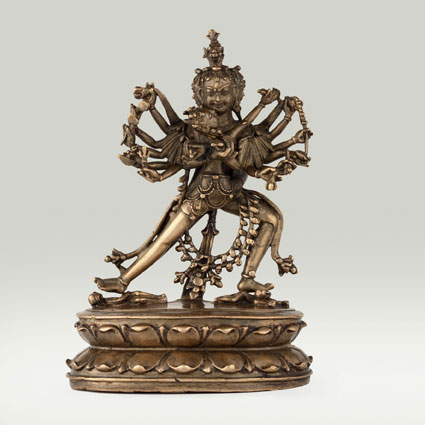 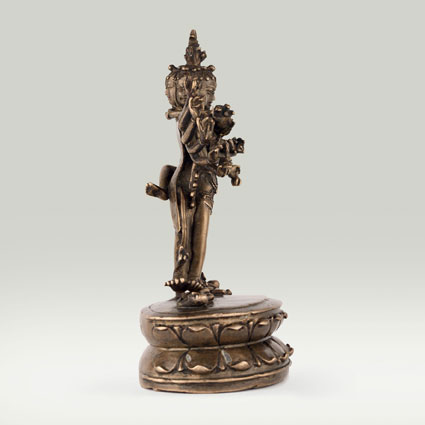 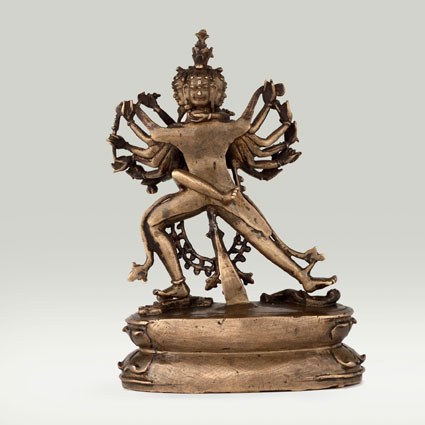 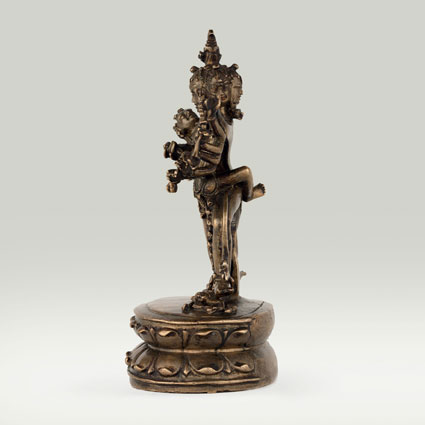 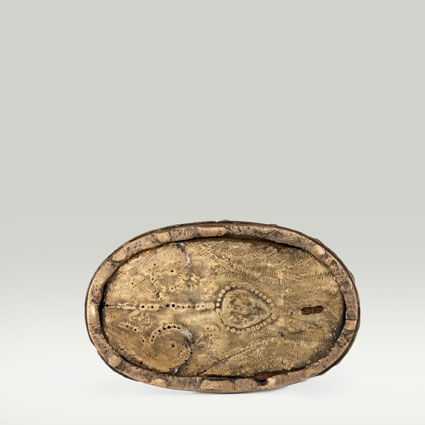 Hollow cast in two parts.
All faces have remains of painted cold gold and the hairdo traces of a blue pigment.
The bottom of the pedestal is sealed with a very unusual decorated brass plate.

Cakrasamvara (Tib. 'Khor lo sdom pa) is stepping to the left with the left bent and the right one straight (alidhasana), trampling on the prostrate bodies of the Hindu deities Bhairava and Kalaratri placed upon a single pedestal with the lower border decorated with engraved floral patterns. The two principal hands of the twelve-armed Cakrasamvara hold a five-prongued diamond sceptre (vajra) and a prayer-bell (ghanta), with the hands turned inwards and crossed over the chest he enbraces his consort (prajnalingabhinaya) Vajravarahi (Tib. rDo rje phag mo). She holds a ritual chopper (karttrka) and a skull-cup (kapala) and has her left leg wrapped around the waist of Cakrasamvara.