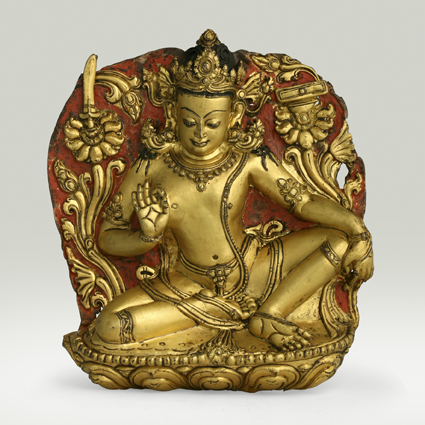 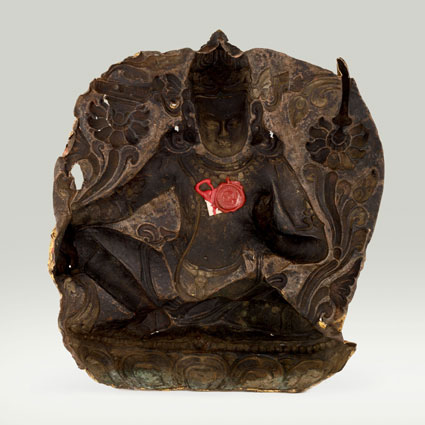 Made from one gilt sheet of hammered copper decorated with engraved ornaments.
The rear is painted with red lacquer and the hair with black pigment.