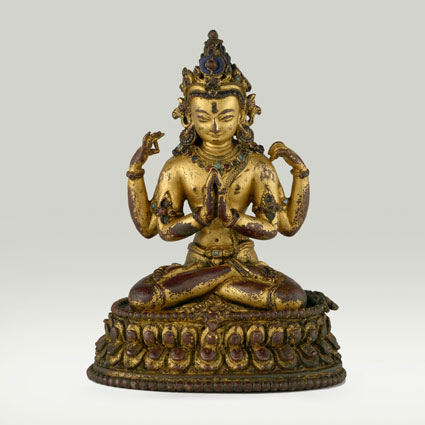 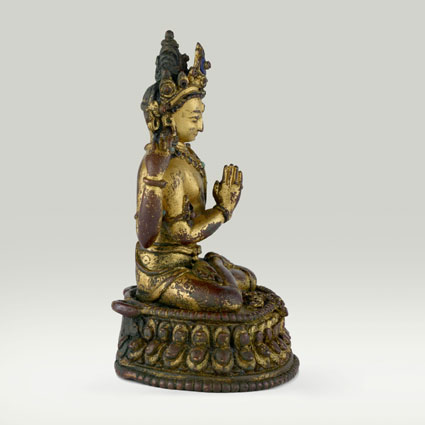 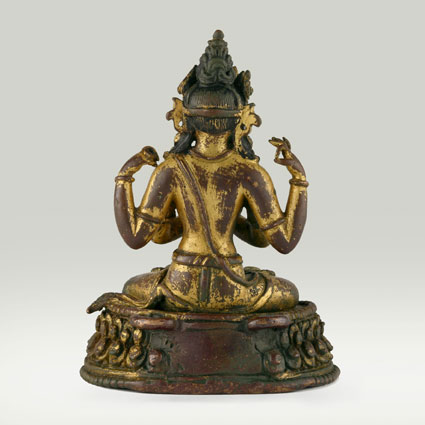 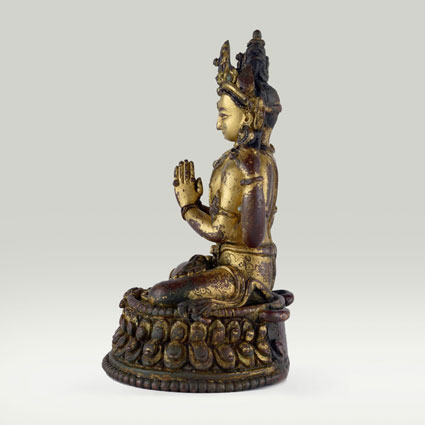 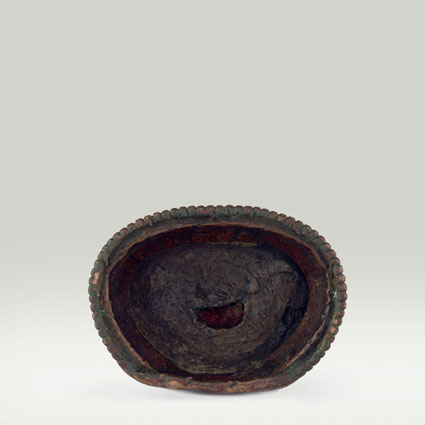 Description
Iconography
Hollow cast in one piece.
The crown and some the jewelled ornaments are inset with rubies, lapis lazuli, and turquoise, some of which are lost.
The bottom of the pedestal is not sealed.

The four-armed form of Avalokitesvara (Tib. Spyan ras gzigs), known as Sadaksari (Tib. Yi ge drug ma) is seated in the diamond attitude (vajraparyankasana) on a double lotus pedestal. He displays with the main pair of hands the gesture of respectful salutation with the hands slightly hollowed (anjali-mudra). Sadaksari originally held in the upper right hand a rosary (aksasutra) and in the upper left a lotus flower (padma). He is clad with a cloth tied around the waist and secured with a beaded belt. He wears princely ornaments, namely a jeweled five-pointed crown, circular earrings, two beaded necklaces, the upper one with attached pendants, ornaments on both upper arms in front, bracelets on all four wrists, ornaments on the lower legs and anklets. The presence of the inset turquoises are an indication that this image was worshipped by Tibetans, because the Newar Buddhists of the Kathmandu valley have a clear preference for transparent precious stones. This image was either exported to Tibet from Nepal or cast in Tibet by Newar craftsmen for a Tibetan patron.