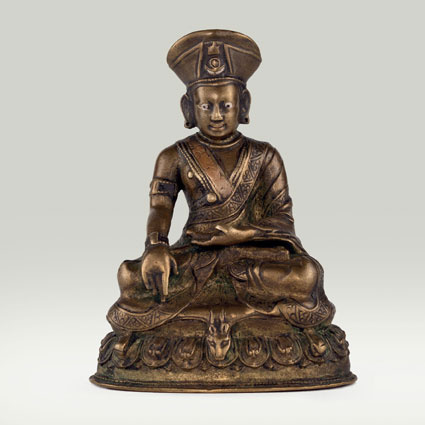 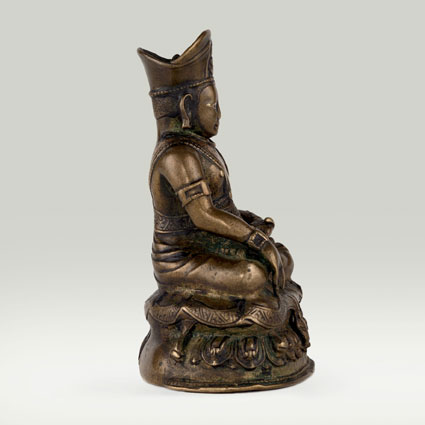 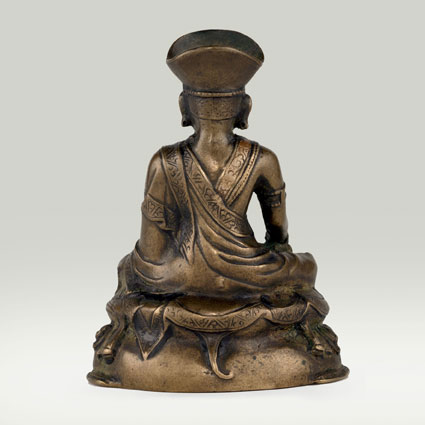 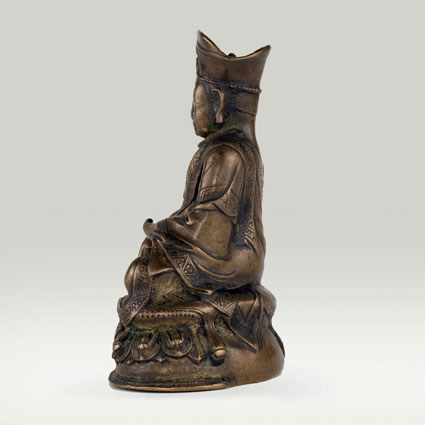 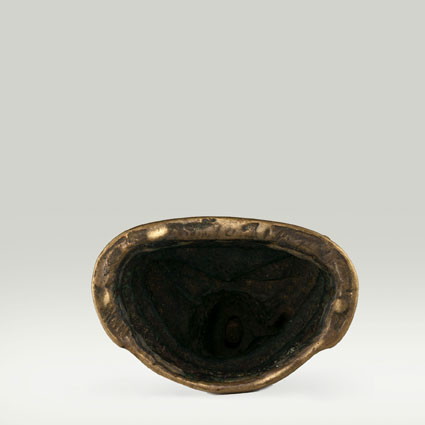 Description
Iconography
Hollow cast in one piece.
The eyes and the moon symbol on the hat are inlaid with silver and copper.
The lips and the upper part of the border of the garment are inlaid with copper.
The monastic garments is decorated with chased floral and linear patterns.
The pedestal is not sealed.

Padmasambhava “born from a lotus” (Tib. Padma ’byung gnas) is seated in the diamond attitude (vajraparyanka) on the skin of an antelope placed upon a double lotus pedestal. He used to hold in the right hand a five-pronged diamond sceptre (vajra), and in the left hand, resting in the lap, an alms bowl (patra). The separately cast ceremonial ritual staff (khatvanga) originally leaning against the left shoulder is lost. Padmasambhava is clad with a voluminous array of monastic garments (tricivara) with the borders decorated with floral patterns and wears the typical cap surmounted here by the sun in moon crescent emblem.

Padmasambhava was a famous Indian tantric adept who lived in the eight century and who, together with Santaraksita and Kamalasila, was instrumental in the propagation of Buddhism in Tibet. TherNying ma school or “ancient translation school” is based on the teachings of the Padmasambhava, who was later deified of whom they worship eight different manifestations.
Biography