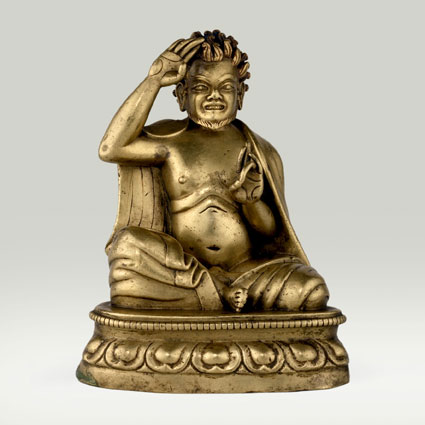 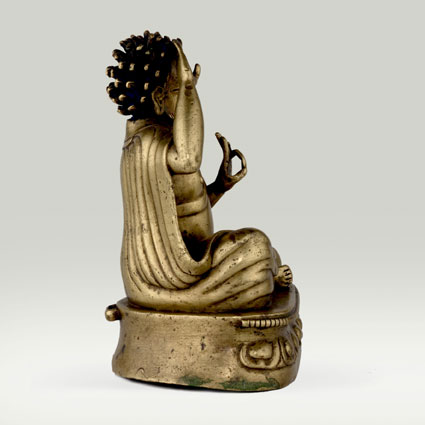 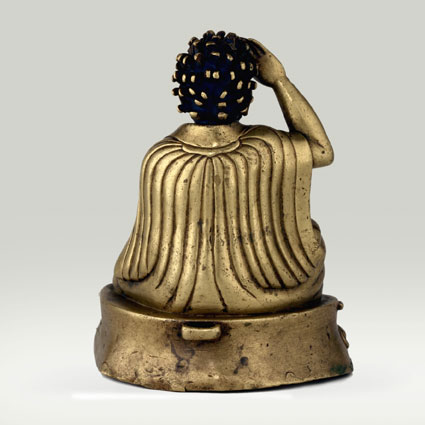 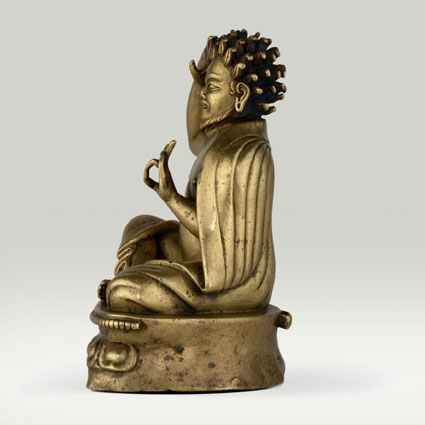 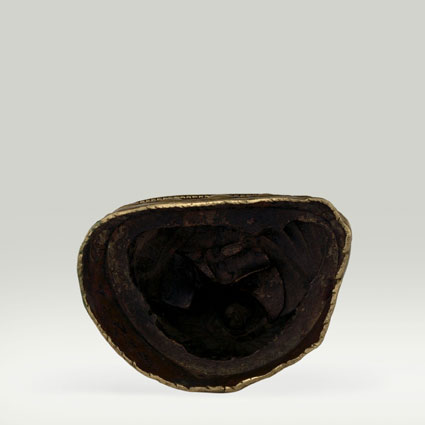 Hollow cast in one piece.
The separately cast aureole originally attached to the socket at the back of the throne is lost.

The unidentified monk with facial expressions of a portrait like nature and with a particular style of hair is seated in the diamond attitude (vajraparyankasana) on a single pedestal. He is clad with a voluminous array of monastic garments (tricivara).

The unidentified elderly practitioner, resembling certainly more an ascetic than a Buddhist monk is characterised by a distinct hairstyle. He is seated in the attitude of royal ease (rajalilasana) on a single lotus pedestal. The right arm is upheld in what resembles the gesture of fearlessness (abhaya-mudra) or salutation, while the left hand is held in front of the chest in a particular gesture. He is clad in a robe carried on the shoulder and legs, leaving the chest bare.