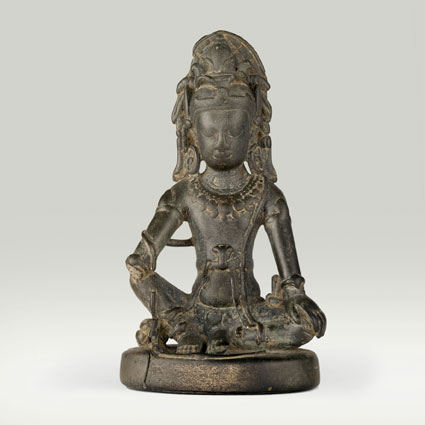 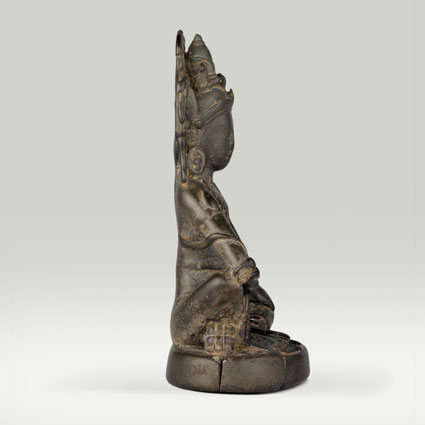 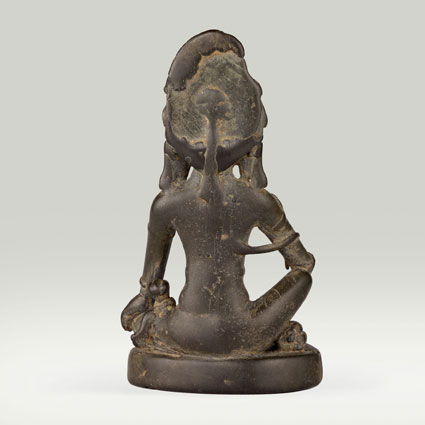 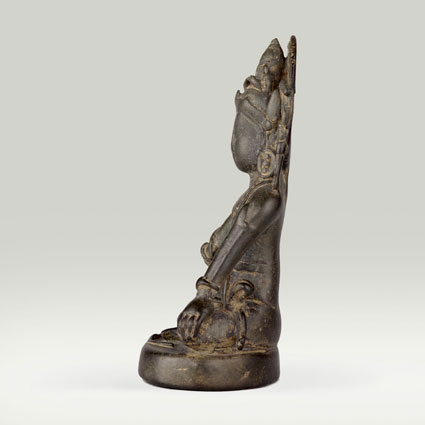 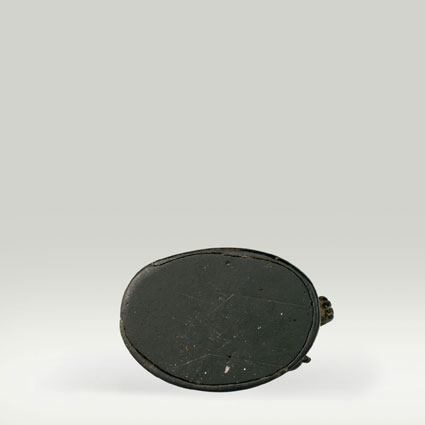 Description
Iconography
The unidentified Bodhisattva is seated in the attitude of royal ease (rajalilasana). The right hand ......, while the left hand holds the left thigh. He wears a necklace.
Bodhisattva
(From Wikipedia, the free encyclopedia)

In Buddhism, a Bodhisattva is any person who is on the path towards Buddhahood but has not yet attained it.

In the Early Buddhist schools as well as modern Theravada Buddhism, a bodhisattva (Pali: bodhisatta) refers to anyone who has made a resolution to become a Buddha and has also received a confirmation or prediction from a living Buddha that this will be so.

In Mahayana Buddhism, a bodhisattva refers to anyone who has generated bodhicitta, a spontaneous wish and compassionate mind to attain Buddhahood for the benefit of all sentient beings.