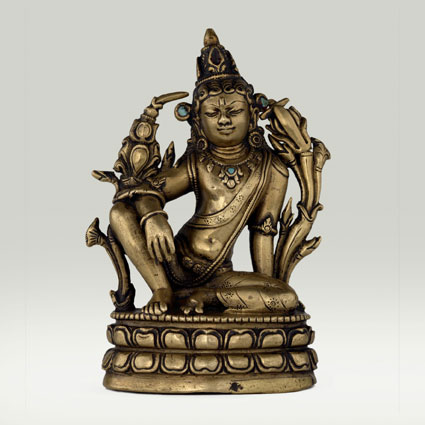 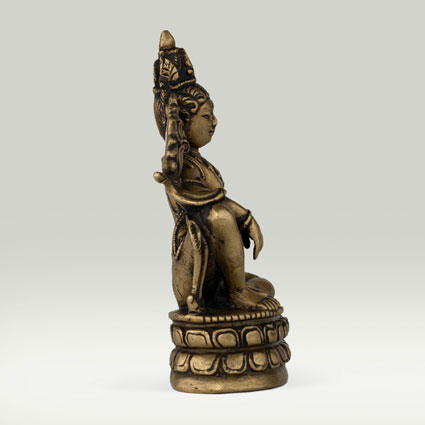 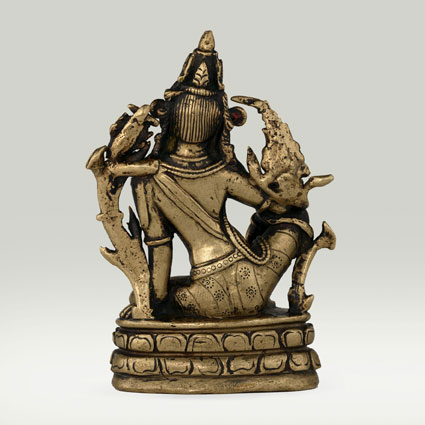 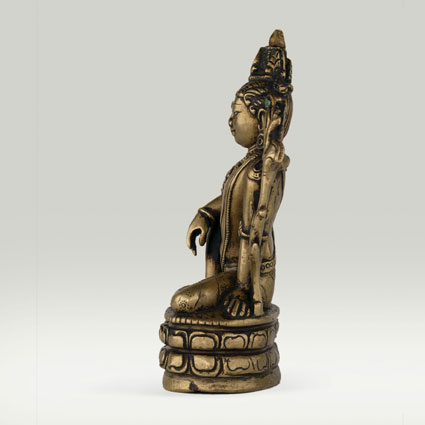 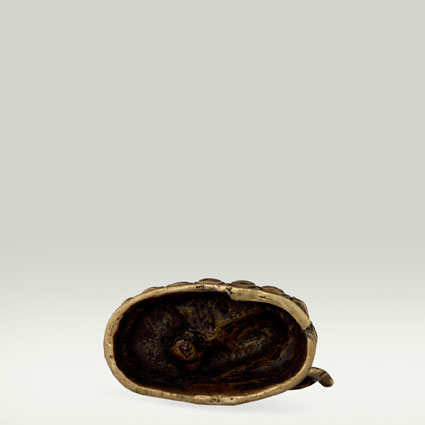 Hollow cast in one piece.
The garments are decorated with dotted and linear design.
The ornaments are inset with three pieces of turquoise.
The bottom of the image is not sealed.

The Manjusri (Tib. 'Jam dpal) is seated in the attitude of royal ease (rajalilasana) on a double pedestal. He leans on the left arm placed on the pedestal and rest the right arm on the right leg. The Bodhisattva is clad with cloth (dhoti) tied around his waist with a decorated belt, and wears a shawl carried over the left shoulder and tied across the chest. He is bedecked with attached pendants, the "investiture with the beaded sacred threds" (ratnopavita), and one pair of bracelets at the upper arms and wrists.
Salks of blue lilies (nilotpala) are growing up on both sides of Manjusri. the flower on the proper left side by a manuscript (pustaka). The sword and the manuscript are the classical attributes of Manjusri.
Manjusri: alternate name: Vajrananga Manjughosa
(From Wikipedia, the free encyclopedia)