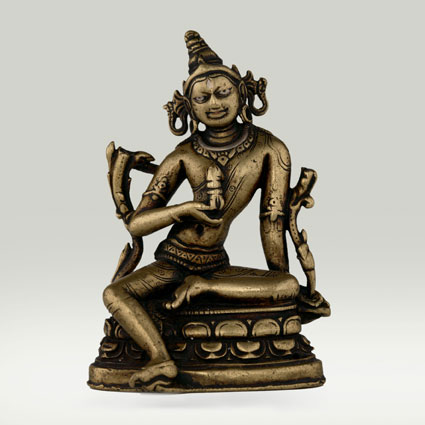 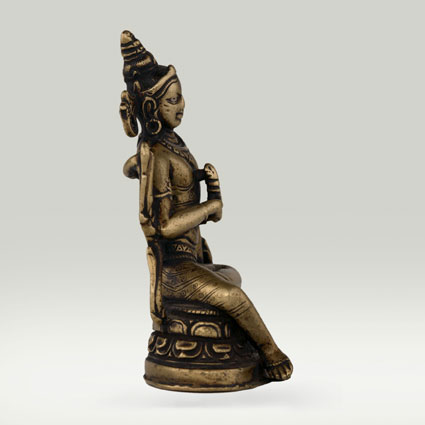 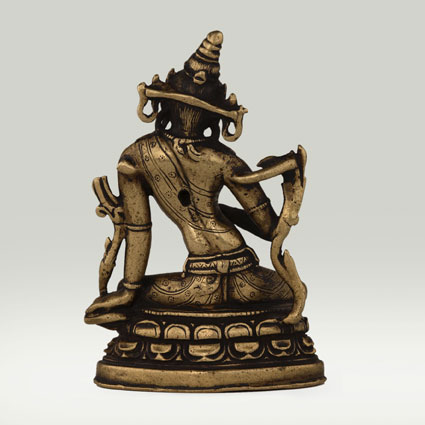 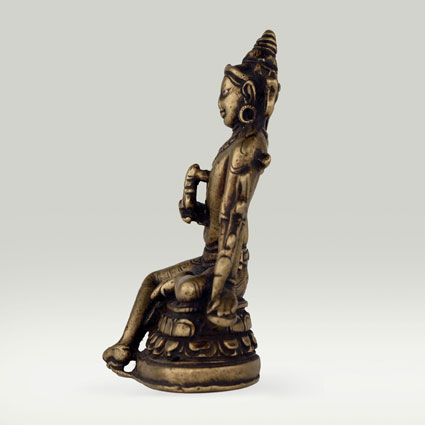 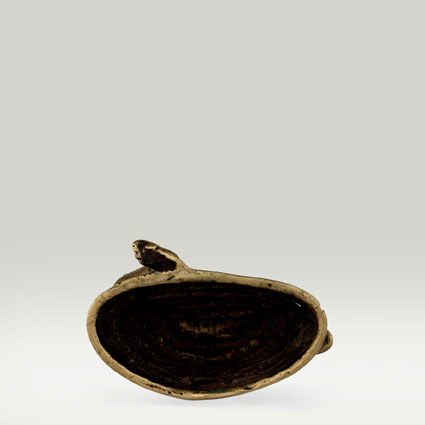 Description
Iconography
Vajrapani - "with the Diamond Sceptre in the Hand"

Hollow cast in one piece.
The eyes, urna and necklace are inlaid with "silver" and the lips with copper.
The garment and ornaments are decorated with engraved linear and zigzag patterns and clusters of dots.
The bottom of the image is not sealed.

Vajrapani (Tib. Phyag na rdo rje) is seated in the attitude of ease( lalitasana) on a double lotus pedestal with beaded borders, and rests the right foot on a lotus flower (padma). He holds with the right hand a five-pronged diamond sceptre (vajra) in front of the chest and leans on the left hand which holds the stalk of a broken lily (utpala) originally blossoming at the shoulder level. Another broken lotus is growing of from the other side of the pedestal. Vajrapani is clad with a cloth tied around the waist and fastened with a beaded belt and wears a shawl over the left shoulder and tied across the chest. He wears princely ornaments, namely a tiny three-pointed crown in front of the tall knot of hair with a jewelled tip, a pair of circular earrings, a beaded necklace with attached pendants, and ornaments on both upper arms, wrists and feet.