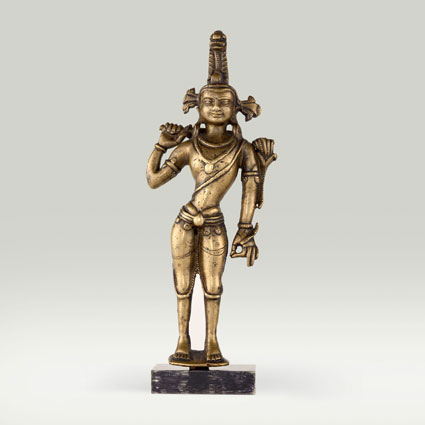 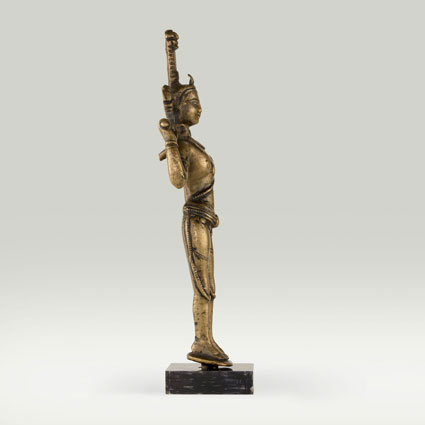 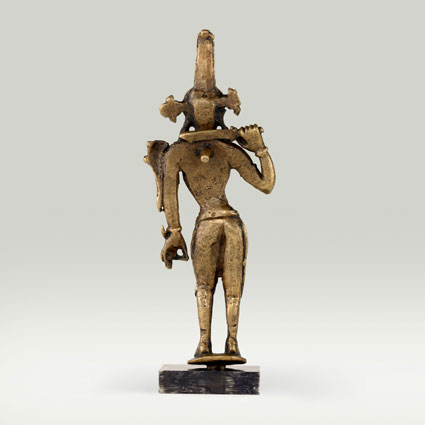 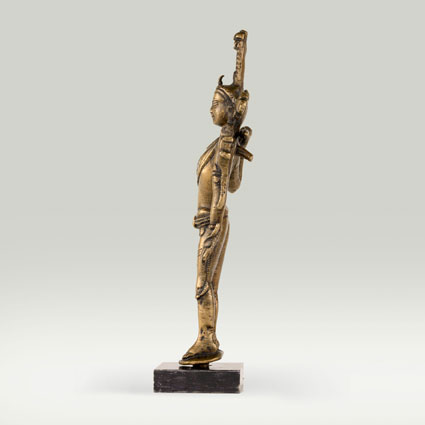 Solid cast in one piece.
The separately cast pedestal is lost.
The garment is decorated with engraved ornaments.
The face has traces of cold gold and the hair of a blue pigment.

Manjusri (Tib. ’Jam dpal dbyangs) is standing in a slightly bent attitude (abhanga) on a stand originally mounted upon a lotus pedestal. The right hand is lifted and holds a sword (khadga), and the left hand holds the stalk of a flower, which according to the sadhanasof Manjusri should be a blue lily (nilotpala), blossoming at the shoulder level and originally decorated with the manuscript (pustaka) of the Astasahasrika Prajnaparamita Sutra emblem. The Bodhisattva is clad with a cloth tied around the waist with a beaded belt. He is bedecked with princely ornaments, namely a one-pointed crown in front of the tall matted hair (jatamukuta), a pair of circular earrings, two necklaces, the “investiture with the sacred thread” (upavita) and ornaments at upper arms and wrists.