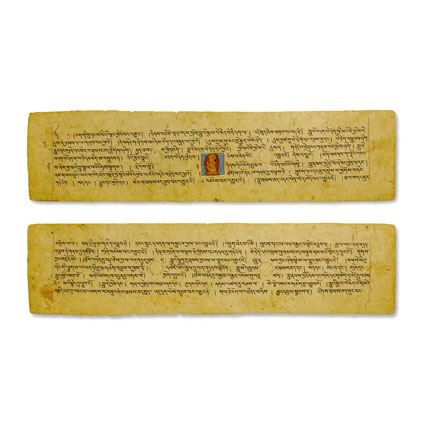 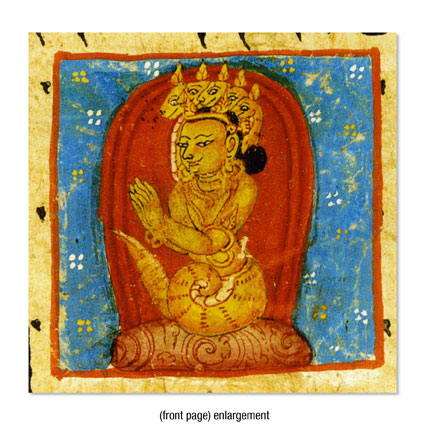 See it in the Museum
Room 1: India and Nepal
Orientation 1
Wall object 1

The folio is numbered on the illustrated front side as Volume kha, page re drug (66).

On the numbered side of this folio is a miniature painting of a yellow coloured Nagaraja. He is encircled by a red coloured aureole, and placed against a blue panel decorated with flowers within a red frame.

There exist groups of Nagas with different functions, such as guardians in the Kalacakra Mandala (NSP 26) or as snake ornaments of wrathful deities. Such a group of eight nagas include namely the blue Ananta, the red Taksaka, the white Mahapadma, the green Karkotaka, the white Vasuki, the white Padma, the yellow Sankhapala, and the smoky (dhumabharkabura) Kulika.