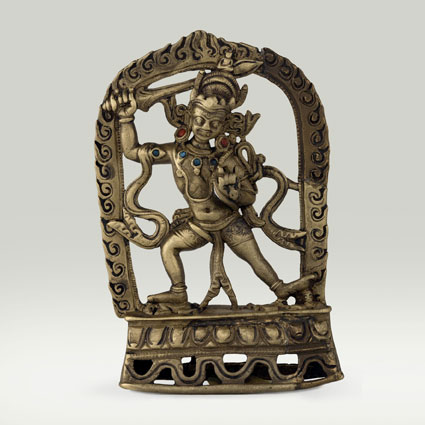 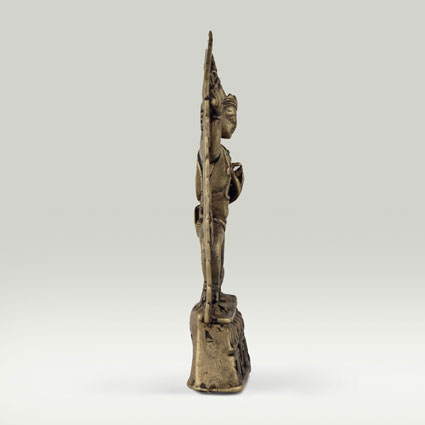 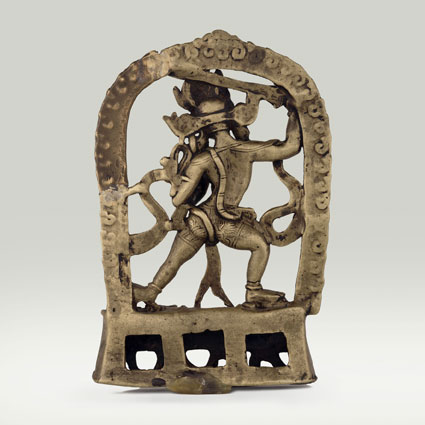 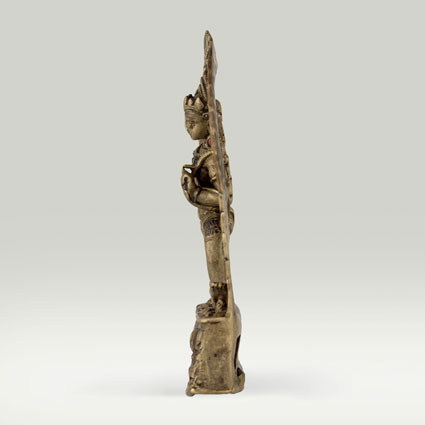 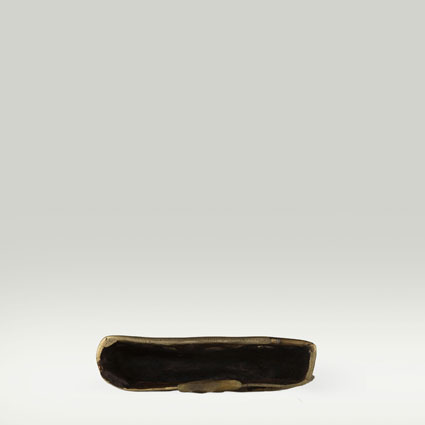 The fearsom form of Acala (Tib. Mi g. yo ba) with three eye is standing on a single lotus pedestal mounted upon an open-worked stand. Acala tramples with the right foot on the defeated body of the elephant-headed Brahmanical god Ganesa (Tib. Tshogs bdag), and with the left foot an other Brahmanical deity, both prostrate on the lotus pedestal. Acala steps to the right with the right leg bent and the left straight (pratyalidha). In the raised right hand he brandishes a sword (khadga) as a symbol of "cutting throug ignorance"; with the left hand, displaying the gesture of exorcisme (karama-mudra) he holds a noose (pasa), an attribute of mainly wrathful deities. Acala is clad in a tiger skin (vyaghracarma)) tied below the belly. He is decorated with ornaments, namely a crown composed of two snakes (naga) in front of the prominent knot of hair with a small effigy of Akshobhya, a pair of circular earrings, two necklaces, and bracelets. the image is set against a open- worked aureole decorated with flames.