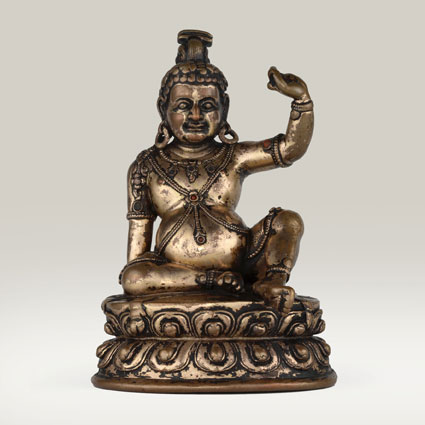 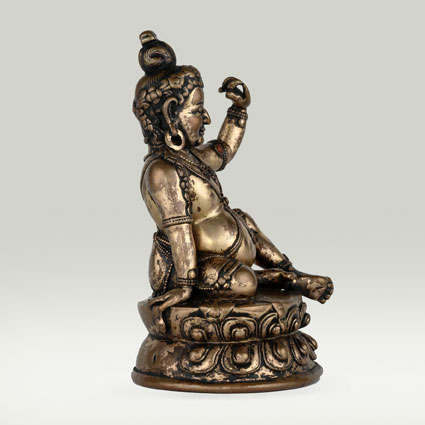 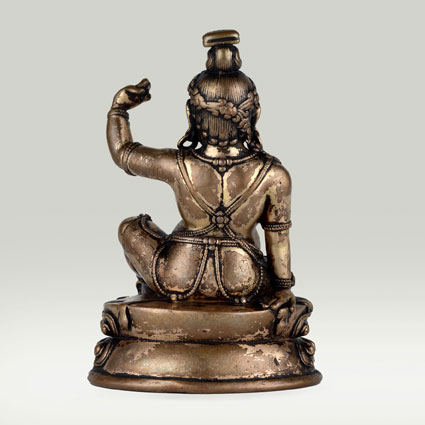 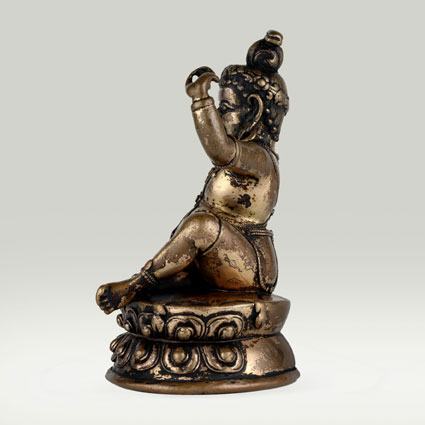 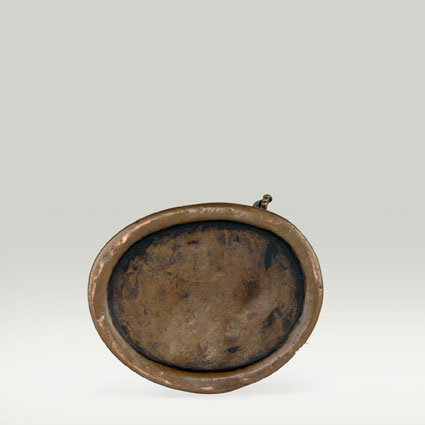 Description
Iconography
Copper with remains of gilt; hollow cast in one part.
The jeweled ornaments were originally inset with semi-precious stones, all of which are lost.
The face is painted with cold gold and the hair with a blue pigment.
The bottom of the pedestal is sealed with a copper plate.

Mahasiddha Virupa (Tib. Grub chen Bir wa pa) is seated in the attitude of royal ease (rajalilasana) on a animal hide placed upon a double lotus pedestal. He supports himself with the right hand placed upon the pedestal and displays with the left hand the gesture of threatening (tarjani-mudra). Virupa is sometimes shown with a skull-cup (kapala) in the right hand. However the presence of the flower garland decorating the hair and the gesture with the upraised left hand are sufficient for an identification as Virupa.

Mahasiddha Virupa, who was born in India and lived during the first half of the 9th century, was in Tibet especially popular with the Sa skya tradition. It is recorded that Virupa (Tib. Bir wa pa) received the instructions of the lam ’brasdoctrine from the dakini Nairatmya (Tib. bDag med ma) and transmitted it to Krsnacariya, also known as Kanhapa (Tib. Nag po pa). Two Mahasiddhas of the name Virupa are known, being teacher and disciple.
Biography