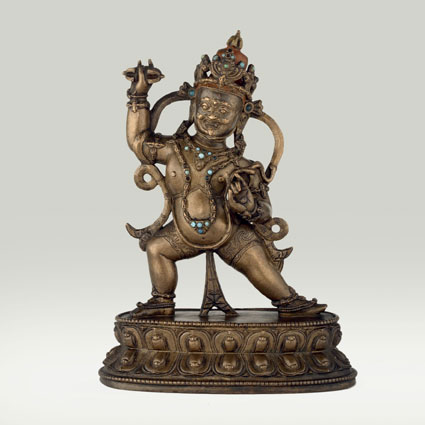 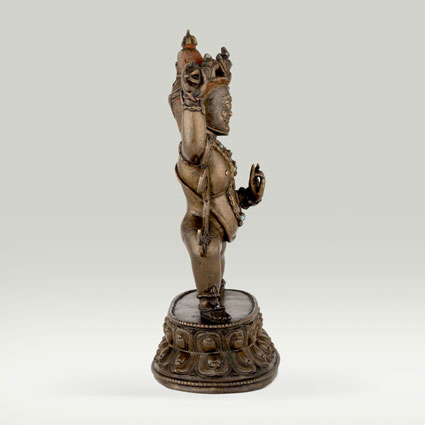 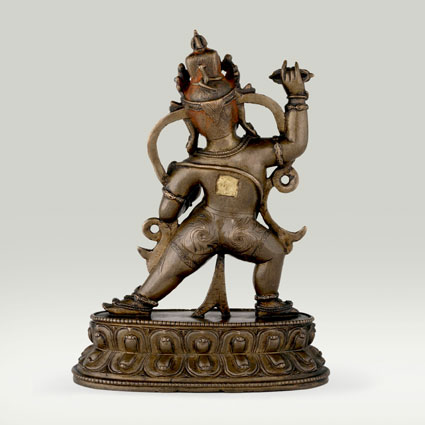 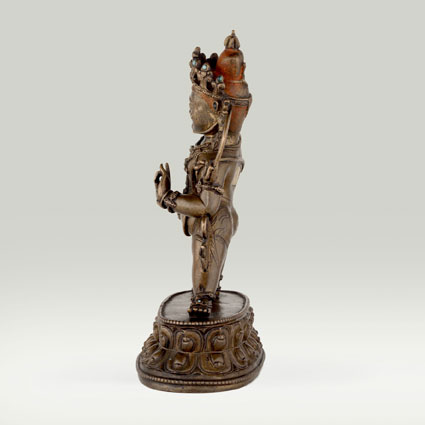 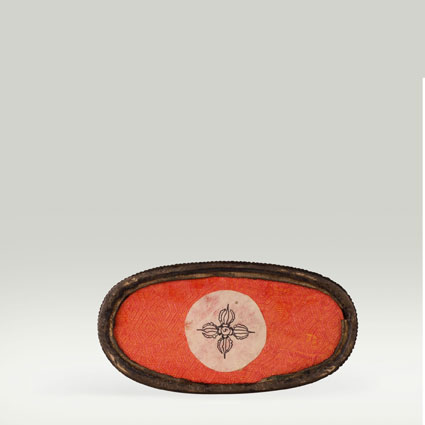 Description
Iconography
Hollow cast in one piece.
The jewelled ornaments are inset with turquoise, some of which are lost.
The garment is decorated with engraved patterns.
The face has traces of painted cold gold and the hair is painted with a red pigment.
The bottom of the pedestal is not sealed, but the back of the image is sealed with a metal plate.

The fearsome three-eyed Candavajrapani (Tib. Phyag rdor gtum po) is stepping on a double lotus pedestal with an upper beaded border to the right with the right leg bent and the left straight (pratyalidhasana). He brandishes in the right uplifted hand a five-pronged diamond sceptre (vajra), and displays with the left hand the gesture of exorcism (karana-mudra). Vajrapani is sparsely dressed with a tiger skin (vyaghracarma) tied below the protruding belly. He wears the five fold crown and a vajrafinal on top of the tall crown of matted hair (jatamukuta), a pair of earrings, two necklaces with attached pendants, ornaments on the upper arms, bracelets, anklets and ornaments on the feet. The jeweled ornaments are composed of vajra emblems and the “investiture with the sacred thread” (nagopavita), anklets and a second pair of bracelets are composed of snake ornaments. On both side of the image swirling veils are attached.