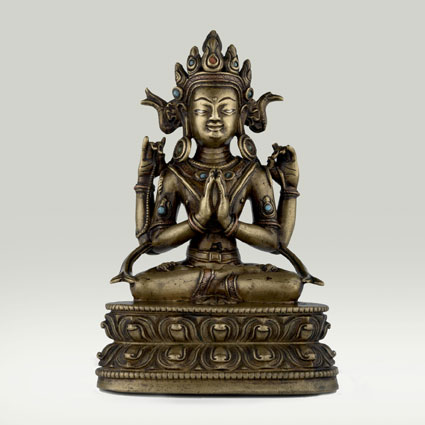 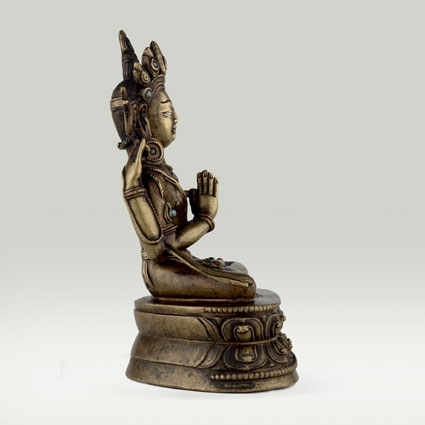 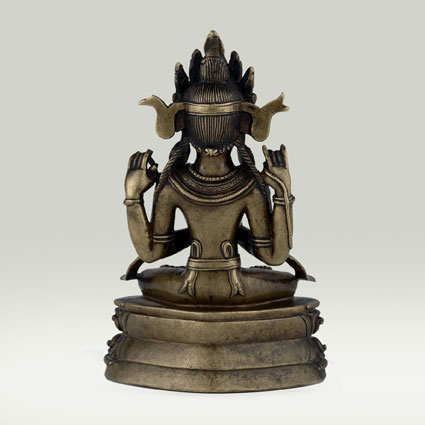 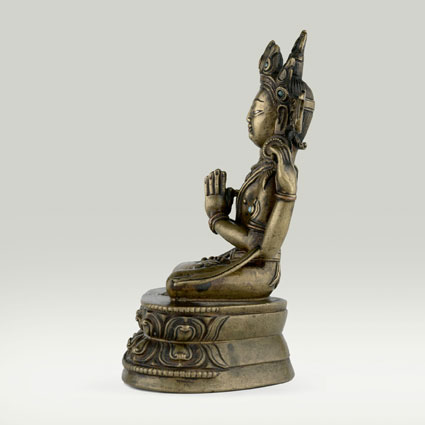 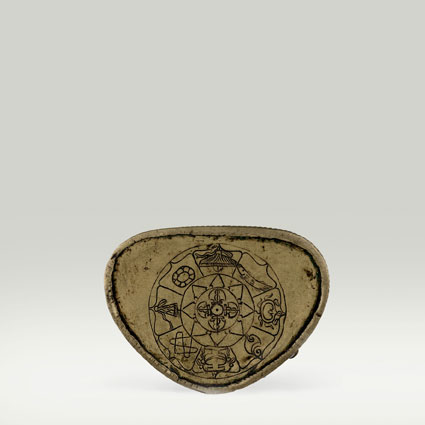 Description
Iconography
Hollow cast in one piece.
The eyes are inlaid with "silver" and the lips with copper.
The crown and the border of the lower garment are inlaid with copper and decorated with engraved design.
The jewelled ornaments are inset with one turquoise and two corals.
The bottom of the pedestal is sealed with a sheet of brass decorated with engraved ornaments of the “Eight Auspicious Objects” (astamangala) (Tib. bKra shis rtags brgyad): wheel (cakra), parasol (chattra), banner (dhvaja), water-pot (kalasa), pair of fish (matsyayugma), lotus flower (padma), conch (sankha), endless knot (srivatsa), and in the centre the visvavajra emblem.

The four-armed form of Avalokitesvara (Tib. Spyan ras gzigs), known as Sadaksari (Tib. Yi ge drug ma) is seated in the diamond attitude (vajraparyankasana) on a double lotus pedestal decorated on the upper side in front with a vajra emblem. He displays with the main pair of hands the gesture of respectful salutation with the hands slightly hollowed (anjali-mudra). Sadaksari holds in the upper right hand a rosary (aksasutra), and in the upper left hand the stalk of a broken lotus flower (padma). He is clad with a cloth tied around the waist and secured with a belt. He wears princely ornaments, namely a jewelled five-pointed crown, circular earrings, two necklaces, the upper one with attached pendants, ornaments on both upper arms in front and bracelets on all four wrists. This statue corresponds with the description of Sadaksari contained in the Sadhanamala.