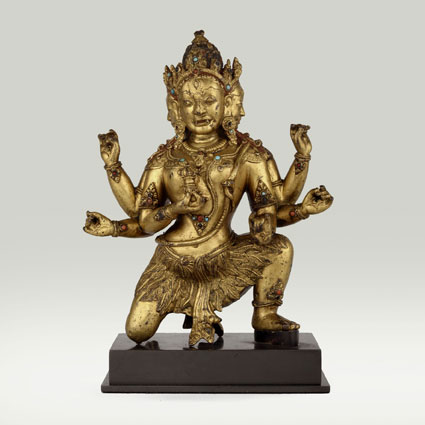 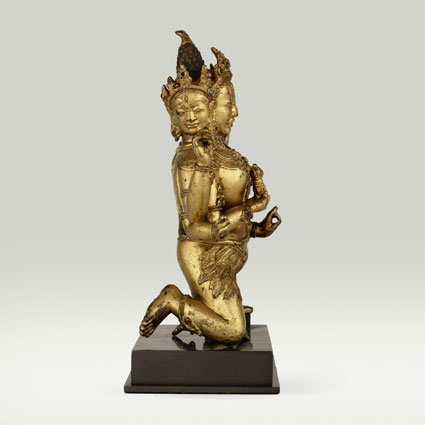 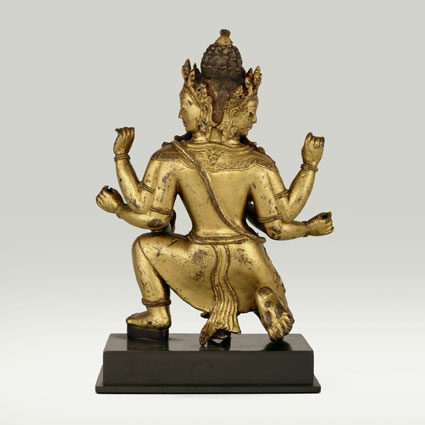 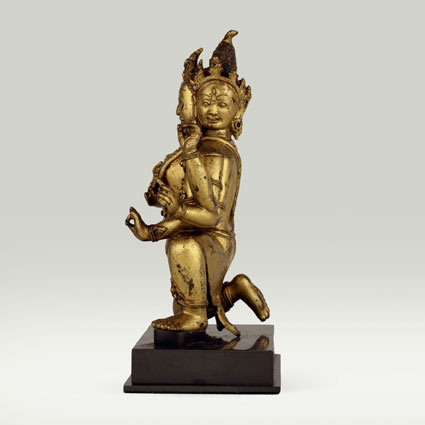 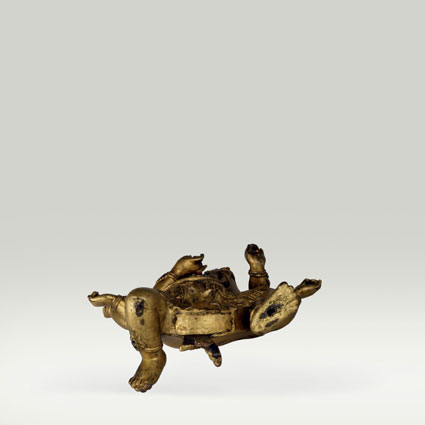 Description
Iconography
Hollow cast in one piece.
The separately cast pedestal is lost.
The jewelled ornaments are inset with turquoise and coral. Decorated with engraved ornaments.
The faces have traces of painted cold gold and the hair remains of a red pigment.
The statue is sealed between the legs with a gilt copper plate.

The three-headed and six-armed goddess with fierce expressions is kneeling with the right leg. She is dressed with an apron of leaves and bedecked with jewelled ornaments. Parnasabari holds in the principal right hand a five-pronged diamond sceptre (vajra) and displays with the principal left hand the "threatening finger gesture" (tarjani mudra). The separate cast attributes of the remaining four hands are lost.
Buddhist Female Deities: Parnashabari
A unique figure of the Buddhist goddess only available from East Bengal is Parnashabari, the Tribal woman wearing leaves as her garment. The pot-bellied deity standing in pratyalidha position trampling down two male figures representing diseases is three-headed and eight-armed. She holds clockwise in her six hands: elephant-goad, arrow, thunder-bolt, leaves, bow and tarjani-mudra. She is accompanied by two figures, one riding a donkey. Below on the pedestal is shown a crawling figure with an elephant head and holding sword and shield. The figure represents no doubt an obstacle or vighna. On top five Transcendent Buddhas are shown with Amoghasiddhi in the middle. The two images, one from Vajrayogini and the other from Naynanda, are now in BNM, and belong to 11th century.