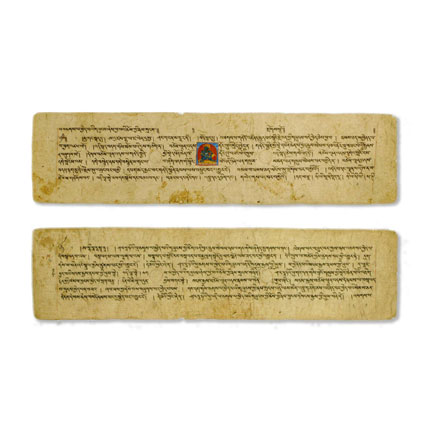 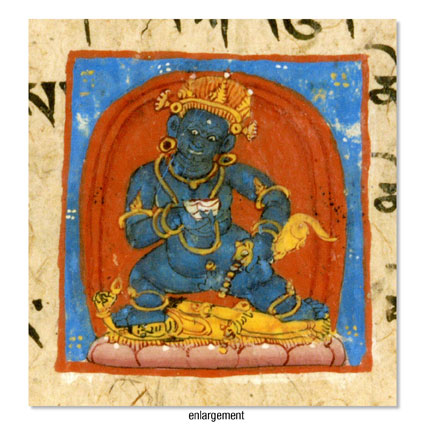 Distemper on paper.
Size of the painting: 4.3 x 4.3 cm
Not restored: Paper, calligraphy and illumination are in original conditions.

This paper manuscript leaf of a Tibetan translation of the Prajnaparamita Sutra written in dBu can script was discovered in 2004 inside an abandoned and hidden cave in Western Tibet. Information about the location of the cave could not be obtained.

The illustration is on the backside of the folio numbered as Volume kha/nga, page go bzhi (94).

On the backside of this folio is a miniature painting of Krsna-Jambhala - the "Black Jambhala" (Tib. Dzam bha la nag po). Jambhala is encircled by a red coloured aureole, placed against a blue panel decorated with flowers within a red frame.