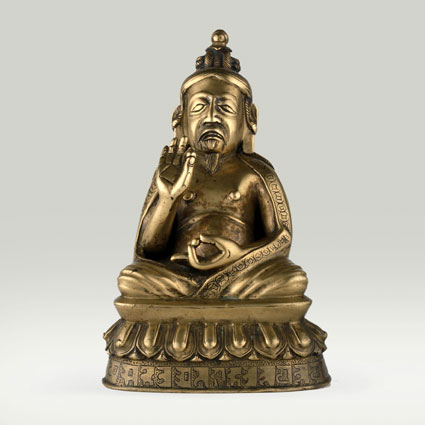 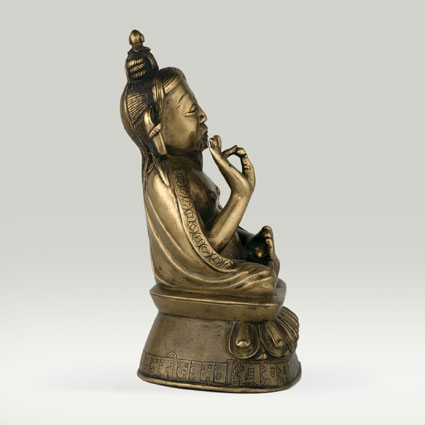 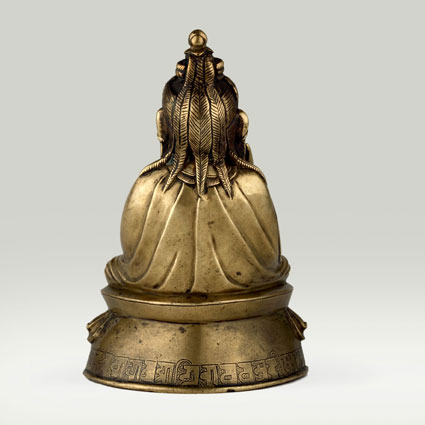 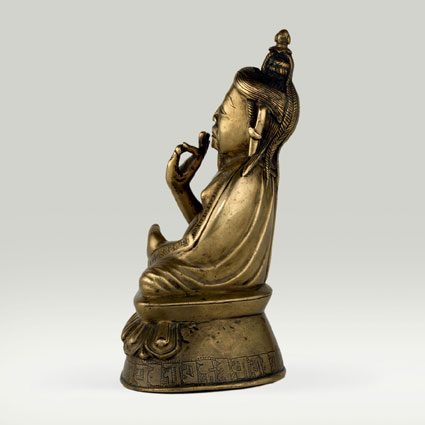 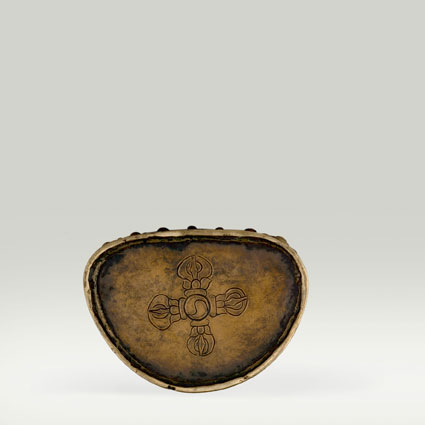 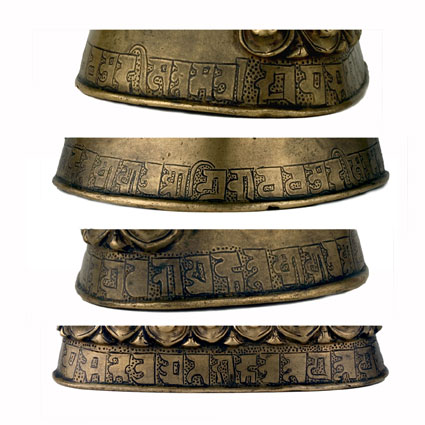 This image represents Thang stong rgyal po (1361-1485 or 1385-1464), a Tibetan genius of outstanding skills in many different fields, including architecture, sculpture, painting, medicine, etc. He is most famous for his construction of numerous iron bridges, of which several still exist.

He is seated in the diamond attitude (vajraparyanka) on a lotus pedestal. He is clad in a garment covering both shoulders and legs, exposing a naked chest. Holding in both hands a medicine pill, he displays with the right hand the gesture of fearlessness (abhaya-mudra) and rests the left hand in the lap. gmu thog pa mon tan mgon po is represented as an old bearded man with features of a portrait like nature.

Around the lower edge of the pedestal is the Buddhist creed in Sanskrit inscribed in Lan tsha script: // Ye dharma hetuprabhava hetum tesam tathagato hy avadat tesam ca yo nirodha evam vadi mahasramanah // The Lan tsha script is derived from the Devanagari and was mainly used by the Newar Buddhists.
Biography
Thang Tong GyalpoThangtong Gyalpo (Tib. thang stong rgyal po) (1385-1509) also known as Drubthob Chakzampa (lcags zam pa) and Tsundru Zangpo (brtson 'grus bzang po) was a great Buddhist adept and a pioneering civil engineer. He is said to have built 58 iron chain suspension bridges around Tibet and Bhutan several of which are still in use today. He also built several large stupas of unusual design including the great Kumbum Chörten at Chung Riwoche, Tibet; established the monastery of Dege Gonchen; and is considered to be the father of Tibetan opera.