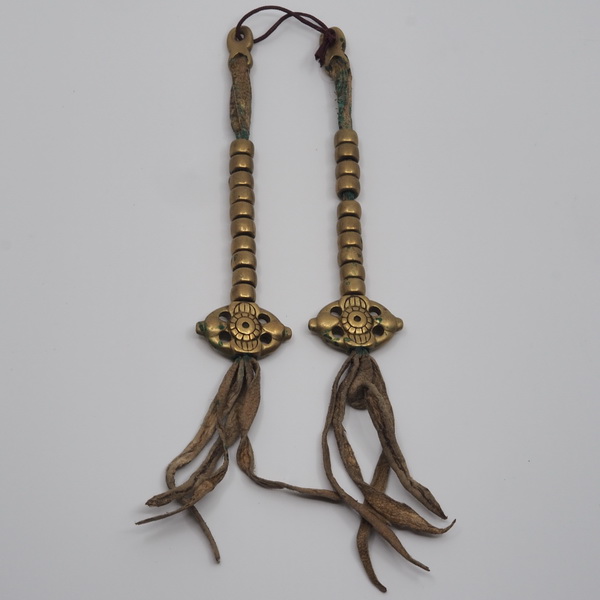 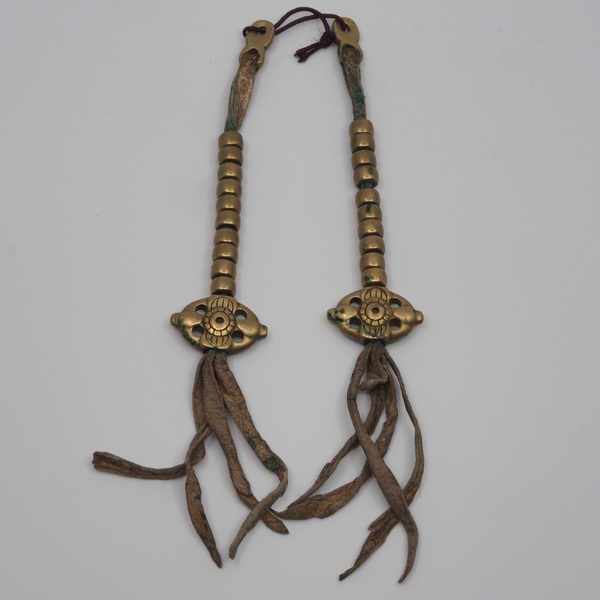 What are Malas?
Mala is the original Sanskrit word for the prayer beads used for counting mantra recitations. Malas are ubiquitous in Tibetan Buddhist communities all over the world, wrapped around wrists or dangling from fingers, accompanying the humming recitations of mantras like om mani padme hum, om tare tuttare ture soha, or om muni muni maha muniye soha. In Tibetan we call them trengwa.
Since a common part of Tibetan Buddhist practice is repeating (mentally or out loud) certain mantras thousands or even hundreds of thousands of times, it is useful to use your rosary for counting off the number of prayers, like a spiritual abacus. Even if you are not actively counting, the repeated recitation of the mantra while proceeding bead by bead through the mala serves to focus and calm the mind.

The most common type of mala is a string of 108 beads, made of precious or semi-precious stones, wood, seeds, or bone. Each time you work your way around the mala, saying a mantra for each bead, you are considered to have completed 100 mantra recitations. The extra 8 beads are “spare” to make up for any miscounts or mistakes you may make along the way.
There is also a head bead, one that is larger than the others, and it is often called a “guru bead.” Some believe that this bead has a special significance, as representing one’s guru, for example, but very practically, this bead is the starting point for the circuit, and is not counted among the 108 total.
Sometimes, malas will have some extra precious stones added at various intervals, like some turquoise or coral for example. These are sometimes added at intervals you can use for counting, like after 27 beads for example, so that you know you are 1/4 of the way through one circuit. These counter beads are extra, so your total bead count would be 111 rather than 108.
There is also a smaller, wrist-sized mala, made of 27 beads for example, that is often used when doing prostrations. In this case, the smaller size is wrapped around your hand and repeated 4 times. One can make other configurations, of 21 or 22, for example, and that is not a problem, as long as you can use your mala for counting.

How to Hold and Count with your Malas
We want to say, as is often true in Tibetan culture, that there are no strict rules when it comes to malas and the way to count your mantras. Everybody does it slightly differently. There are common ways of doing things but these do not matter nearly so much as your intention and your attitude of prayer. If you are praying from your heart while using your mala, you are doing the right thing!   Although some sources recommend using the mala in your left hand, some Tibetans also hold them in the right hand. If you have a prayer wheel in one hand and a mala in the other, it is more common to hold your mala in the left hand and the prayer wheel in the right.   To use your mala, start with the first bead next to the “guru” bead. Hold the bead between the index finger and thumb, and recite your mantra once out loud or silently. Then move on to the next bead with a rolling motion of your thumb, recite your mantra again and repeat. When you get to the guru bead again you have completed 100 mantras without needing to count each one.

At this point, most Tibetans do not pass over the guru bead but instead reverse direction by turning the mala around, and starting a new circuit of 100, going back the way they came. We are not sure, honestly, why this is so, and we do it out of habit rather than for any special reason. (Some people believe that if you continue in the same direction and cross over the guru bead, it is like stepping over your teacher.)   Counting with Dorje and Bell   When counting very high numbers of mantra recitations, it is helpful to have some additional counters attached to your malas. For these, Tibetans often us a miniature dorje and bell (the most common Tibetan Buddhist sacred ritual objects) counters. (Tibetan: chupshay) These are 2 shorter strings of 10 small beads, attached to your mala. One of the strings has the dorje at the end, and the other the bell. Where these strings are placed on the mala is up to you. We have ours after the 6th bead on either side of the guru bead, but that is for no special reason and you can put them wherever you like.   We use the dorje counter to keep count of each circuit of 100 that we make on the mala. So each time you finish one circuit, you will pull forward one bead on the dorje counter. After 10 circuits of the mala, you will have moved all 10 beads on your dorje counter, and you will have recited 1000 mantras.   At this point, you will move one counter forward on the bell counter, to symbolize 1000 mantras counted. Then you begin again with a new circuit on your mala, and once you have made a new circuit, you move one of the dorje counter beads forward, and continue like this. With a dorje and bell counter, you can count up to 10,000 mantra recitations.   If you need to count more than that, you can use anything that you wish. When counting 100,000, we have used stones to mark each 10,000 (making a pile of stones in which each one represents 10,000), or you can make a note on a piece of paper. The basic idea at this point is that you can use whatever is practical, and not get too concerned about any ritualistic rules or objects.

Types of Malas
There are many types of malas, from ivory and bone to sandalwood and lapis lazuli or crystal or “Bodhi seed” (actually made from Rudraksha seed) or “lotus seed” (actually made from rattan seed).  Although we’ve seen and read a lot of theories about what kind of mala is best for this or that kind of prayer, we do not think that it matters so much what kind of mala you use. And we think that most other Tibetans don’t make big distinctions about types of malas, either. (If you are interested, here is a good explanation on Dharmashop.com about Bodhi Seed and Wood Malas.)
Monks and nuns will generally use very simple and inexpensive malas, like wooden ones.
You can use any mala you like. It is better to focus on the spiritual practice of praying and reciting mantras rather than on the looks or value of your mala.

Caring for your Mala
In general, your mala will grow in spiritual significance as you use it for mantra recitations and bring it to teachings and possible have it blessed by your guru. And while it is not in itself as sacred as a statue or a piece of Buddhist scripture, it is something we usually treat with respect. This means that you wouldn’t put it on the floor or put mundane objects on top of it or throw it.
When not using their malas, Tibetans wrap them around their wrists or hang them around their necks. (Although please note that they are not worn like a necklace, for decoration, or, with self pride, as a way to show that one is spiritual.) When you don’t need it for a while, or are sleeping, for example, you can hang it on a clean, highish place, maybe near your altar.  We actually keep ours in a special bookshelf under our altar. It’s all up to you and your intention to treat it with care and respect while maintaining a practical, non-extreme attitude. That’s how Tibetans tend to do it anyway.