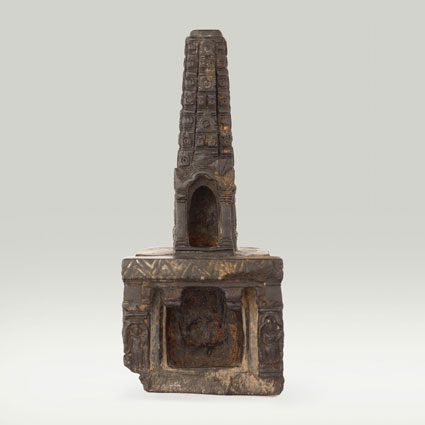 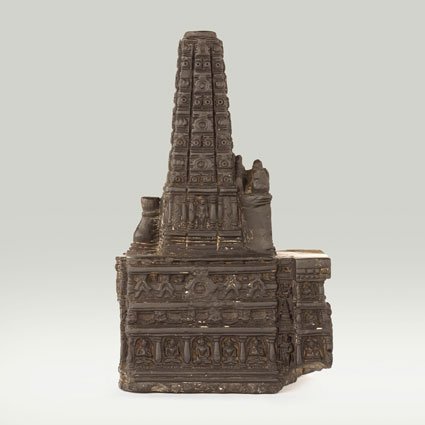 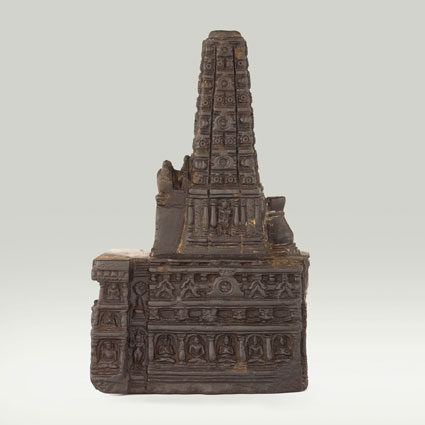 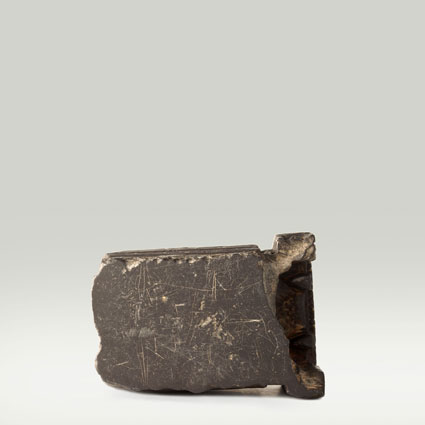 This stone model represents a replica of the most sacred Buddhist temple in the world, the Mahabodhi at Bodhgaya (Bihar, N.-E. India). It is a scale model one four- hundredth the size of the original monument. Bodhgaya is famous among Buddhist pilgrims from all over the world as the location of Shakyamuni’s defeat of Mara.
Mahabodhi Temple
(From Wikipedia, the free encyclopedia)