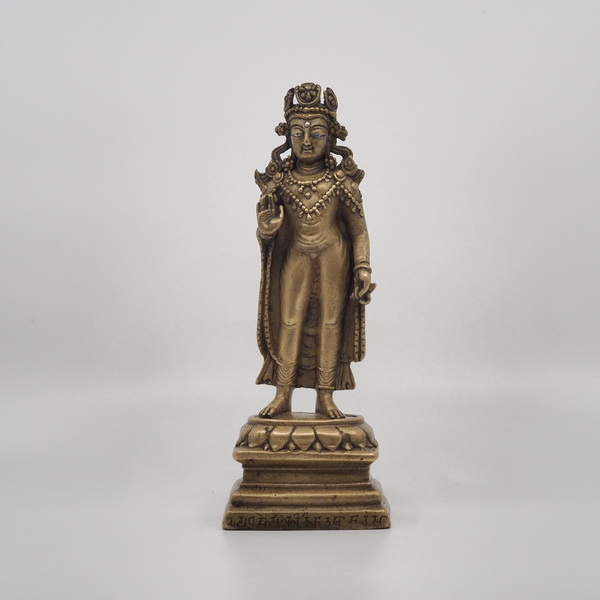 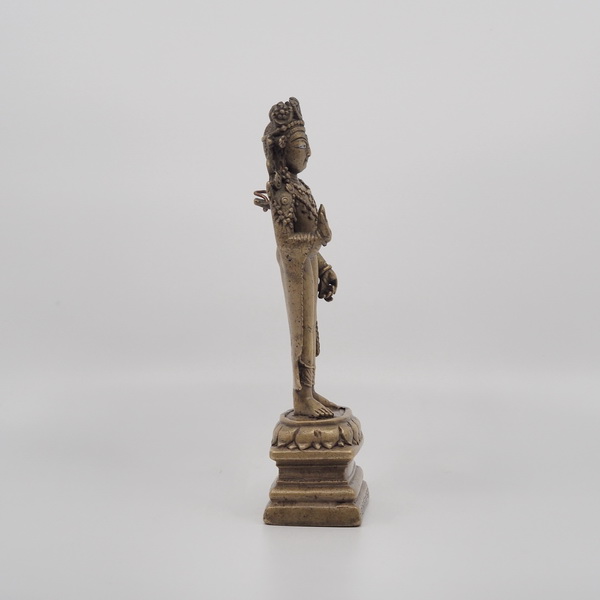 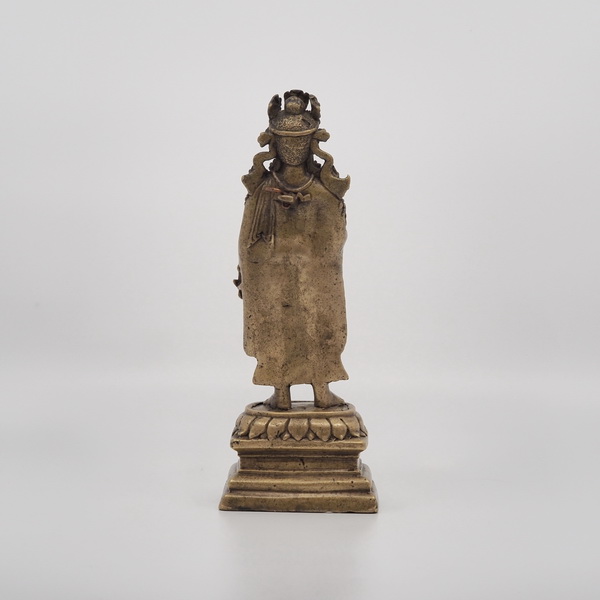 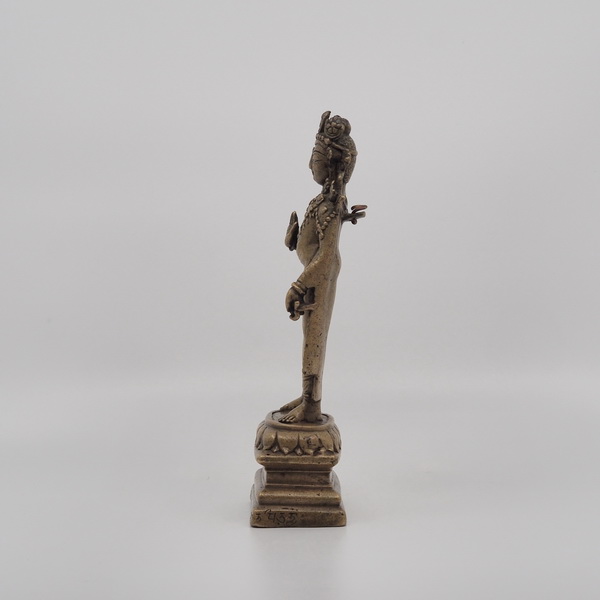 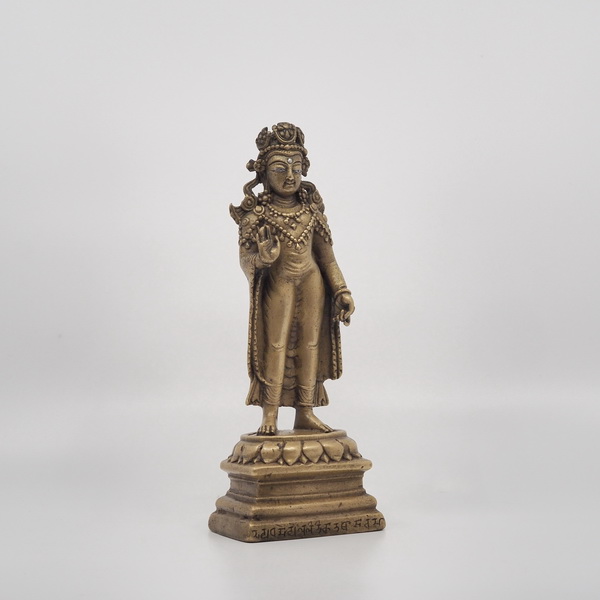 Description
The Buddha stands in a very slightly bent attitude on a single lotus base mounted on a rectangular, stepped pedestal. His right hand is raised in the gesture of reassurance (abhaya-mudra), the lowered left hand holds the hem of the monastic robe. The Buddha wears a three-pointed crown, earrings and a necklace with attached pendants. The upper monastic garent (uttarasanga) is rendered with few folds, covers both shoulders and is additionally decorated with an embroidered cape with attached tassels. Also of special interest are the shoulder effulgence in the shape of a crescent moon with a rosette, symbolizing the moon and sun. The somehow similar design is repeated in the three-leaved crown. The border of the lower garment (antaravasaka) is also visible. Originally, a separately cast aureole (prabhamandala) was fixed to the tenon as the back of the head.
The appearance of an image depends usually on the particular requirements of the patron in charge of the commission. In the case of the described Buddha image it is the cape with triangle corners hanging down over the shoulders and chest. This peculiar use of the cape is found among a number of Buddha images originating over a wide area encompassing Afghanistan, adjoining areas of Central Asia, the Swat valley, and the greater Kashmir area
including Gilgit, as well as Tibet. Independent of direct Sahi intervention, the use of capes can be detected also among some later Tibetan images dating from the Tibetan Monastic period, conspicuously among various iconographies of Buddha, namely Vajradhara, Vajrasattva, or also Sarvavid Vairocana. With the exception of the Tibetan images, all seem to have one particular aspect in common, that they were commissioned by members of the Sahi population. Especially in the context of the abhiseka ritual, the cape is encountered among crowned Buddha images. The use of capes also became a custom in Tibet for the adornment of important Buddha images such as the Vairocanabhisambodhi rock-carvings at lDan ma brag (804/816) in Eastern Tibet. The transmission of this feature possibly occurred during the Tibetan occupancy of the western parts of Central Asia and the adjoining Himalayan areas during the Tibetan imperial period (c. 600-842).

On the front and the right side of the pedestal there is a single line dedicatory Sanskrit inscription in Proto-Sarada script recording the gift by a lay woman:
Front/ deyadharmo yam lalitika[yah] tatha sardham ma/
right side/tapitrabhya a[matapitrbhyam]. "This is the pious gift by Lalitika together with her mother and father"'. (Dr. Otto von Hinüber)