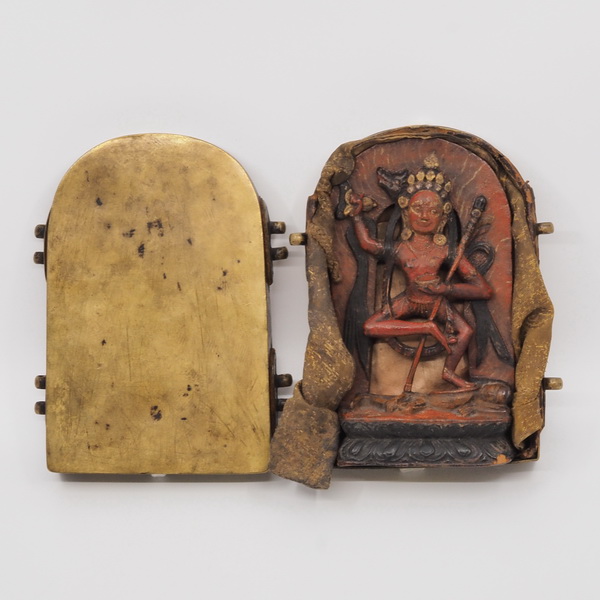 The three-eyed goddess, identiﬁed as Vajravarahi (Tib.: rDo rje phag mo), dances with her left foot (pratyalidhal on a corpse lying on a double lotus pedestal. She is named after the excrescence behind the right ear in the shape of a sow, which however is not mentioned in any of the sâdhanas. She brandishes with the raised right hand a ritual chopper with a vajra handle (vajra-kartrika) and holds with the left hand a skull-cup (kapala) and a ceremonial staff (khagvanga). The Dakini is naked except for the “five seals” (pancamudra) omaments, and wears a long garland of severed heads (mundamala) around the neck.