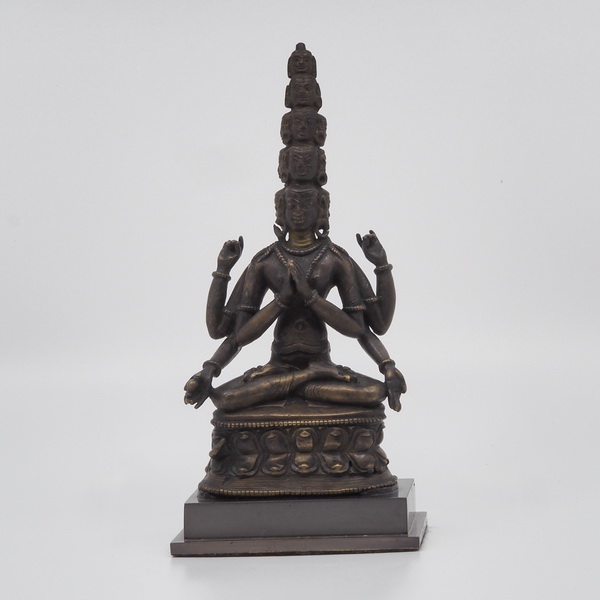 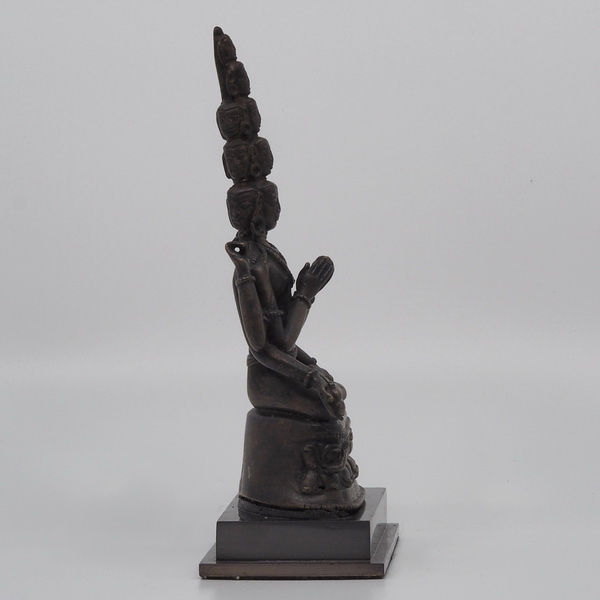 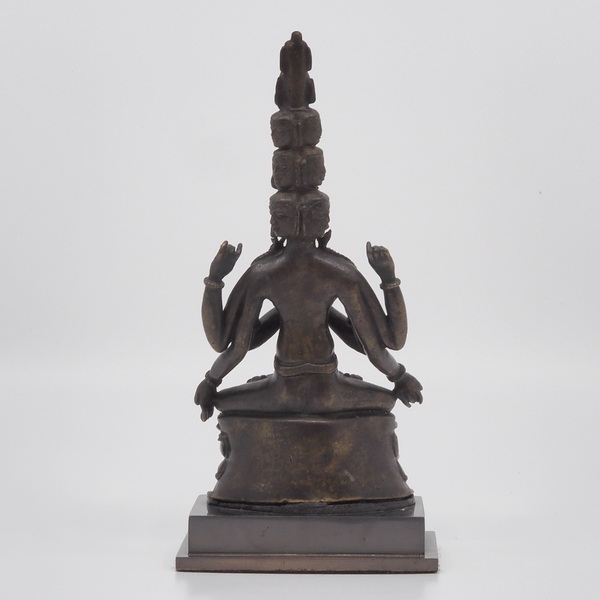 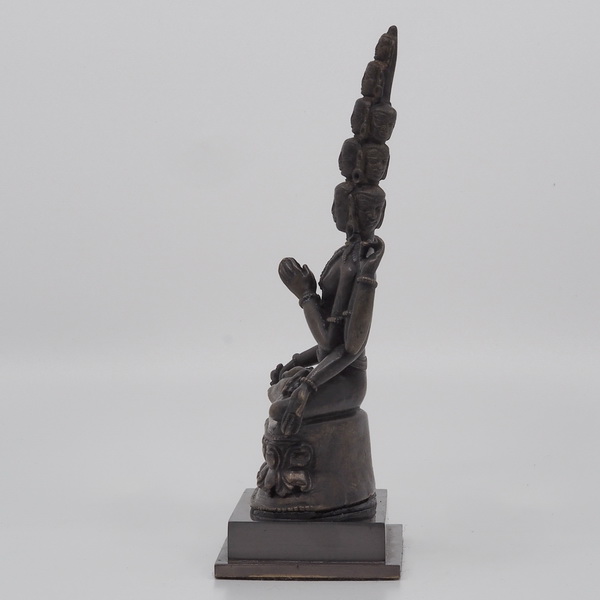 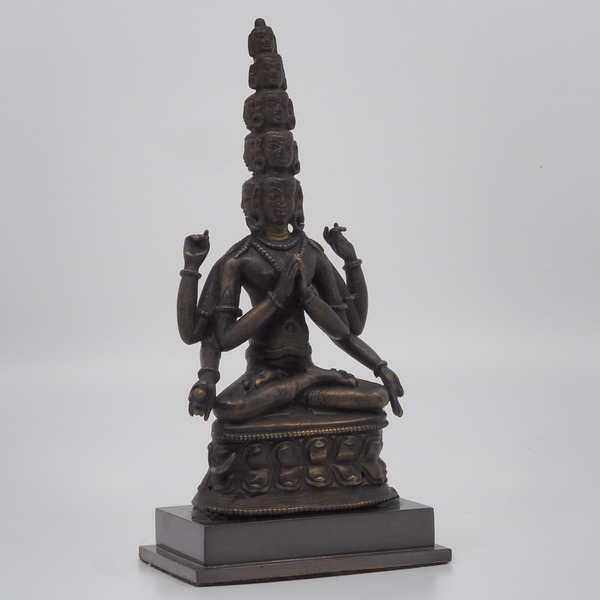 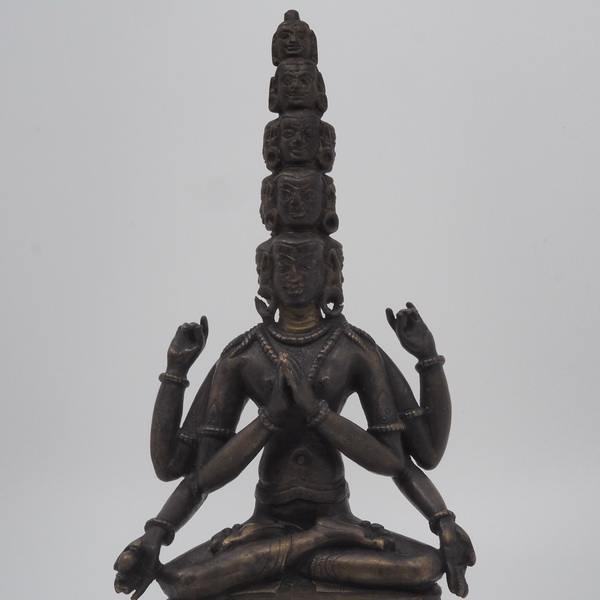 Description
Iconography
Other manifestations popular in Tibet include Sahasra-bhuja (a form with a thousand arms) and Ekadasamukha (a form with eleven faces)
In Tibetan Buddhism, White Tara acts as the consort and energizer of Avalokitesvara/Chenrezig. According to popular belief, Tara came into existence from a single tear shed by Chenrezig. When the tear fell to the ground it created a lake, and a lotus opening in the lake revealed Tara. In another version of this story, Tara emerges from the heart of Chenrezig. In either version, it is Chenrezig's outpouring of compassion which manifests Tara as a being.
Avalokitesvara
(From Wikipedia, the free encyclopedia)