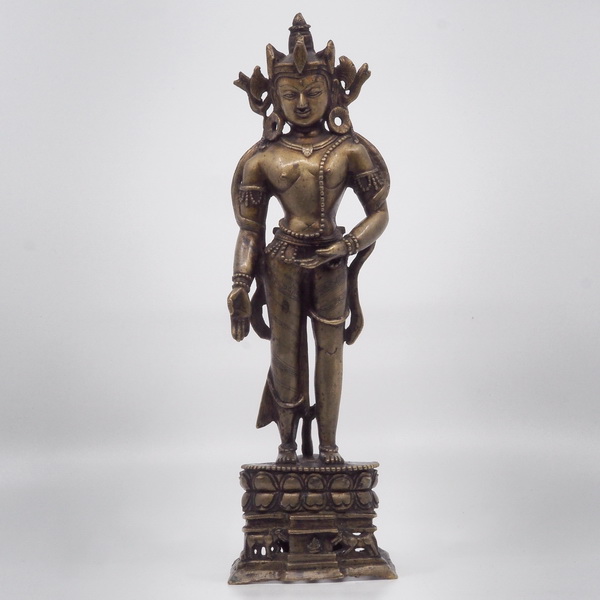 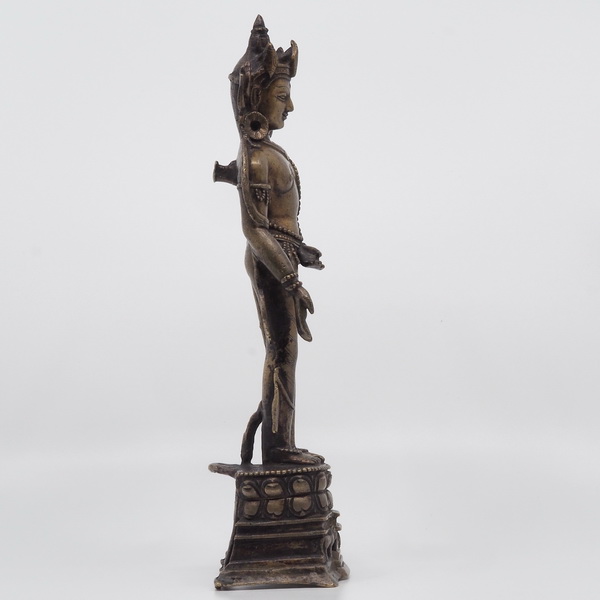 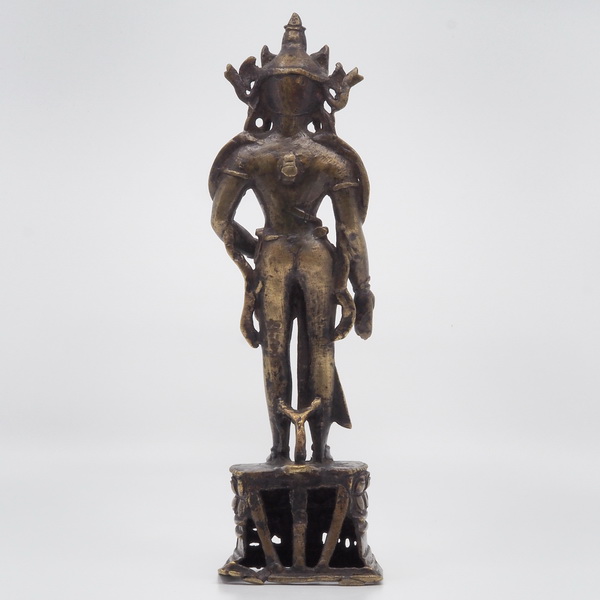 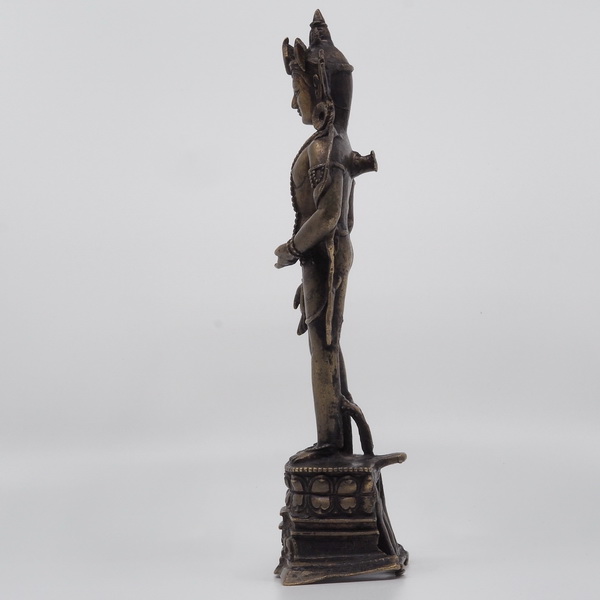 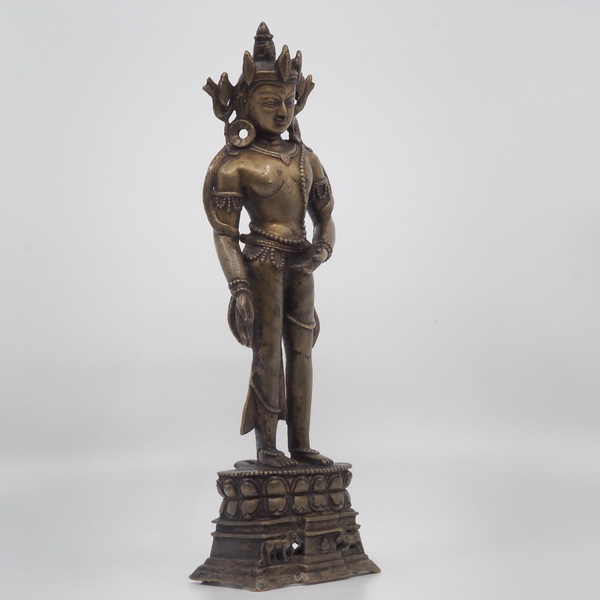 Ratnasambhava is one of the Five Dhyani Buddhas (or "Five Meditation Buddhas") of Vajrayana or Tantric Buddhism. Ratnasambhava's mandalas and mantras focus on developing equanimity and equality and, in Vajrayana buddhist thought is associated with the attempt to destroy greed and pride. His consort is Mamaki and his mount is a horse or a pair of lions.

Buddha Ratnasambhava
The Buddha Ratnasambhava is the purification of pride. Ratnasambhava is Sanskrit and the Tibetan name is sangay rinchenjungdan. The Tibetan word sangay means “buddha” and the word rinchen means “precious” referring to all precious, good, and immaculate things. The word jungdan means “the source.” So Ratnasambhava is the source of all good qualities with these precious qualities being the absence of pride. When ego and pride have been removed, one is open enough to actually receive all knowledge and qualities, that is the realization of Sangay Rinchen Jungdan. Knowing the meaning of Rinchen Jungdan, one understands why his activity encompasses the enrichment of all precious qualities of realization.
Ratnasambhava resides in the south and is yellow or gold in colour. The colour gold represents wealth and Ratnasambhava holds a wish-fulfilling jewel at his heart in his left hand. The wish-fulfilling jewel is a jewel which gives a person everything that he or she desires and so this also symbolizes enrichment. He is seated in the vajra posture of fulfilment on a horse’s throne representing the four bases or legs of miraculous powers that enables unobstructed passage everywhere. His right hand is in the mudra of giving supreme generosity, i.e., his activity is supreme generosity.