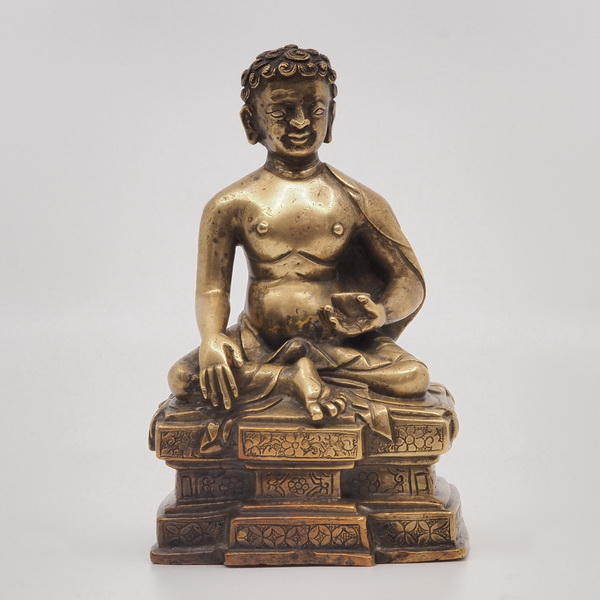 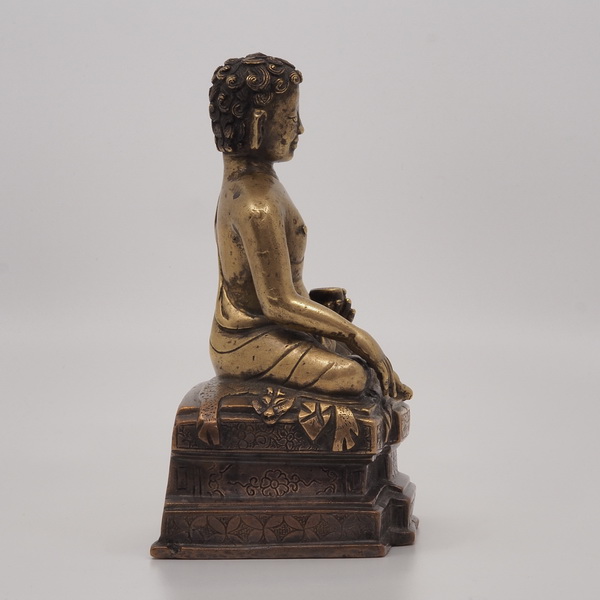 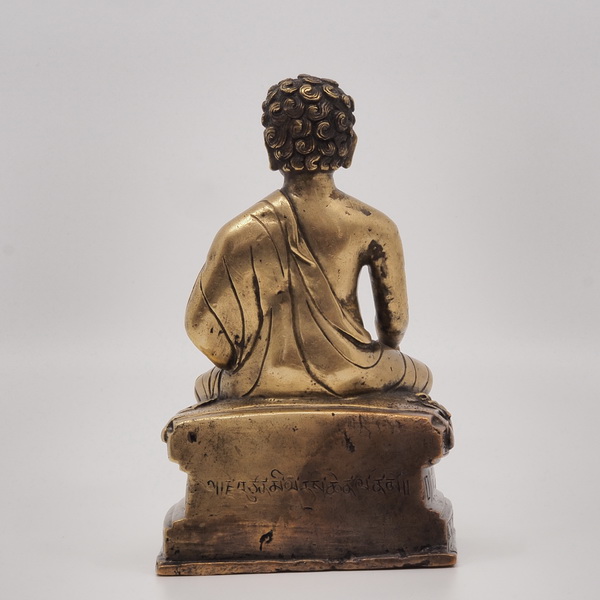 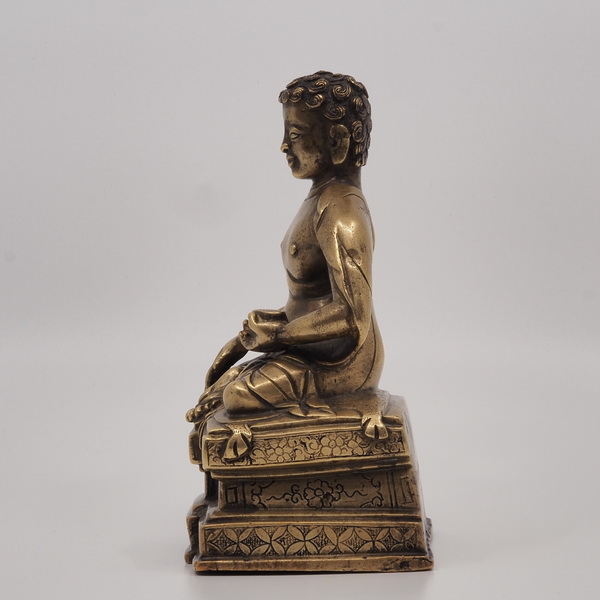 He is the principal disciple of Marpa (1012-1097), the founder of the Tibetan Kagyü (bKa’ brgyud) tradition. He sits in an unconventional attitude with crossed legs on a graded throne decorated with foliate decor. Milarepa is clad in a cotton garment loosely draped around the voluminous waist and placed over the left shoulder and partly hanging over the pedestal. The right hand rests on his leg while the left hand holds a skull-cup (kapala), a characteristic attribute of ascetics and wrathful emanations. This image differs from the later images of Milarepa, where he typically holds his right hand to his ear, whereas the left hand usually holds a skull-cup or a “full vase’ (purnakalasa).
Notwithstanding the different attitude, this image is indisputably identfied as Milarepa by the Tibetan inscription in dBu can script on the verso of the pedestal: || rje btsun mi la ras chen la na mo ||. “Homage to the great venerable cotton-clad Mila”. This image is modelled in a very expressive manner with a portrait-like facial expression and unruly curls. This type of graded pedestal is mostly encountered among early images dating usually at the latest from the 14th century.