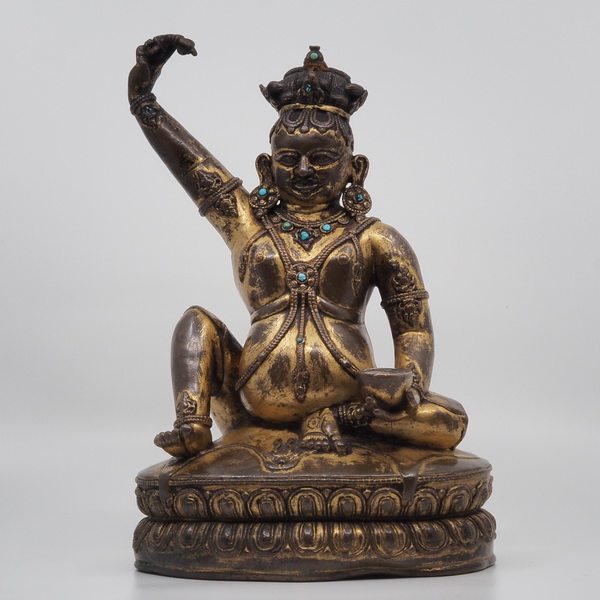 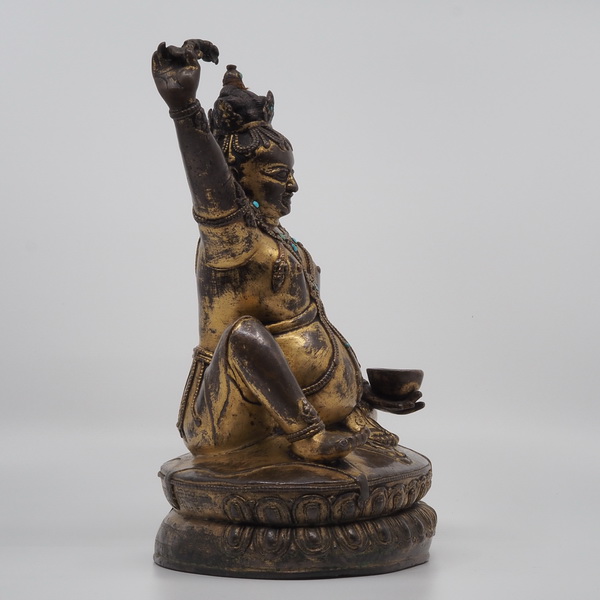 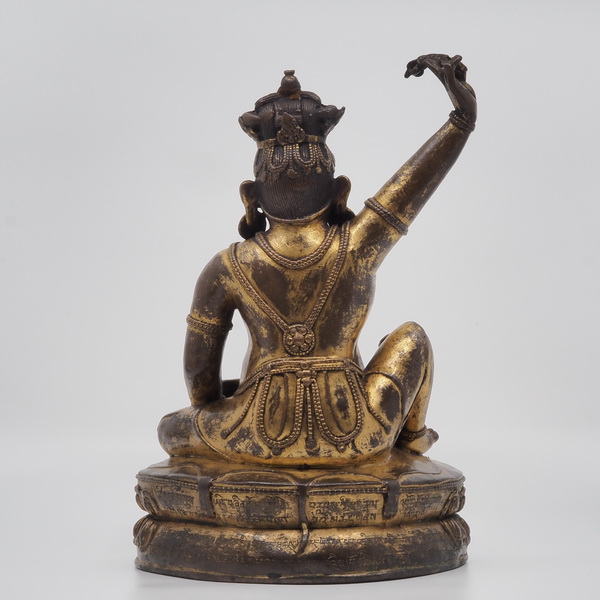 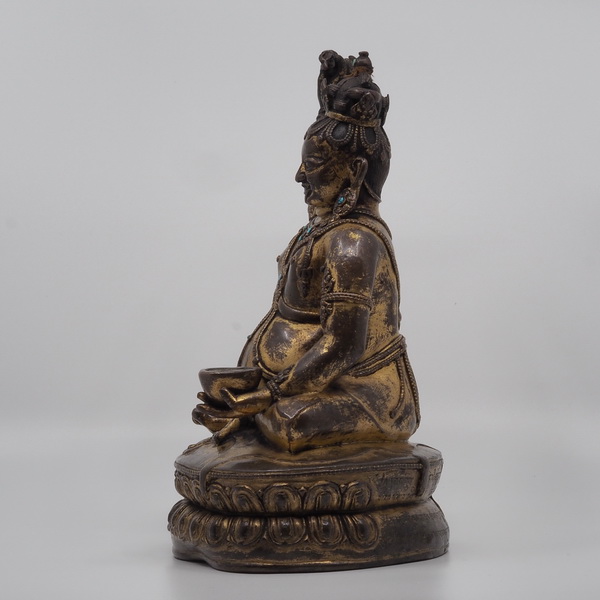 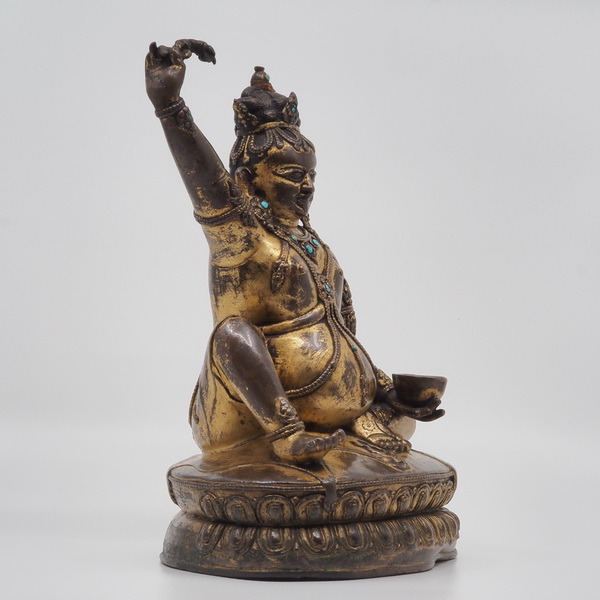 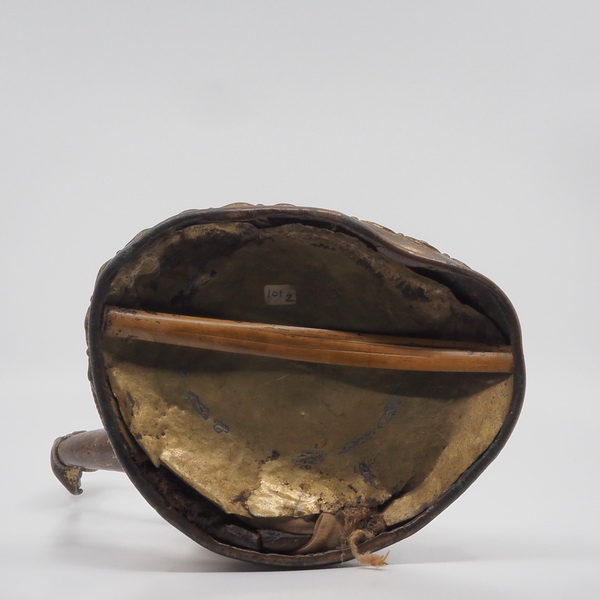 Tsang Nyön Heruka, ‘the madman of Tsang’ lived from 1452 till 1507 and was a major adherent of the Kargyu order. He followed the tantric practices laid out in early Indian texts, inhabiting charnel grounds where he smeared himself with human blood, fat and ash, picked fingers and toes from corpses to bind into his matted locks and chose a flayed human skin as a cape. Despite his eccentric behaviour he wrote the definite biography of the Kargyu hierarch and saint, Milarepa (1040-1123), considered a masterpiece, following it up with the accompanying volume, the Hundred Thousand Songs of Milarepa, one of the most popular literary works in Tibet.
In this superb image of one of Tibet’s most extraordinary characters, the yogin exuberantly raises his right hand, in which he holds a vajra. A blood-filled kapala sits in his left hand. A diadem binds his mass of plaited hair and a short dhoti is tied beneath his bulging stomach. His eyes are wide open and his mouth is framed within a small moustache and beard. Ornamented with circular earrings, bracelets, anklets, necklace and a large sacred cord, he sits comfortably on an antelope skin that covers the lotus pedestal. The finely gilded and inlaid copper alloy is typical of images known to come from Tsang, the south Tibetan region in which Nyon Heruka lived. The well defined jewellery and fine finish combined with powerful volume and movement are characteristic of Tibetan bronzes of the fifteenth and sixteenth centuries. A lengthy inscription on the back of the pedestal reveals the name of Tsangnyön and underlines the importance of this masterpiece of Tibetan Art. The yogin’s free spirit and wild nature are beautifully realized in this portrait, which is imbued with a sense of triumph in his achievements gained through such eccentric behaviour, a ‘madness’ for which Tibetans have the highest esteem.
Inscription (translation)By the blessing of fervent devotion which is like a wish-fulfilling gem, he became the lord of the beings of these degenerated times, his glory encompassing the Body, Speech and Mind of the three times as well as their accomplishments and powers, and the object of devotion of the community, dwelling in asceticism as advocated by the yogi Götsang Repa. Emaho. In the guise of Dor Thrathung Gyalpo, the Heruka victorious over all directions, he accomplished spontaneously the two purposes. Emaho. Salutation to the dearest lord Tsangnyön.