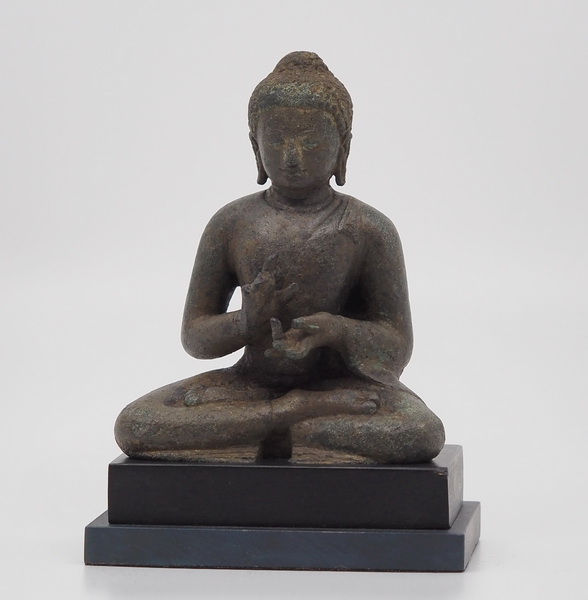 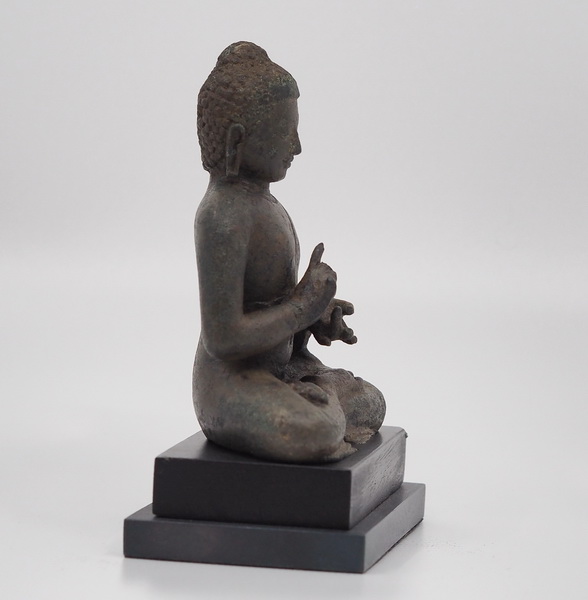 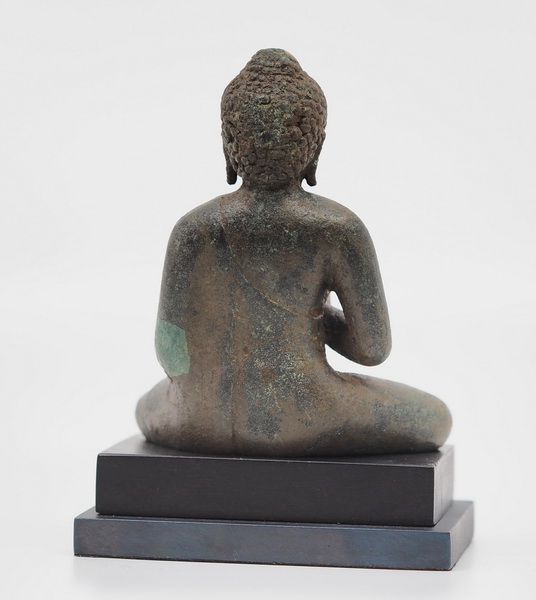 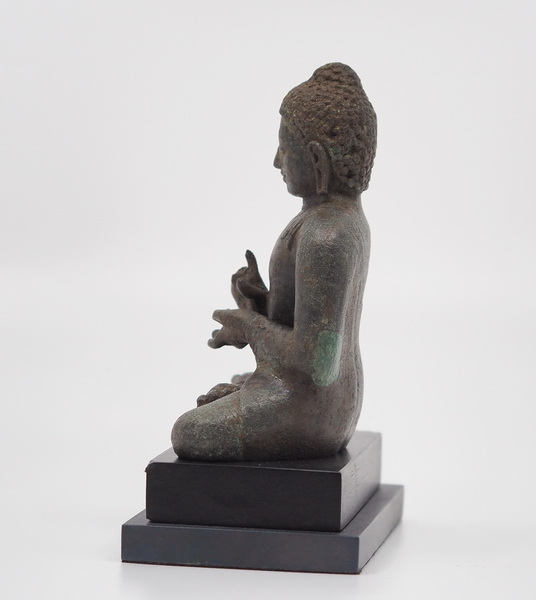 Iconography
Buddha Vairocana
The fifth dhyana Buddha is Vairocana who is known as sangay namparnanzad, or in English, “perfect knowledge of all things as they manifest.” Buddha Vairocana is realized when the conflicting emotion of ignorance is removed. When one cannot things as they really are, one has the conflicting emotion of ignorance. As a result, one judges things from a mistaken point view. With the realization of the wisdom of dharmata, one realizes Buddha Vairocana. The example for this that is given is to say there is a rope lying on the floor in a dark room. Because of ignorance we mistake the rope for a snake and become alarmed and feel tremendous fear. The solution to this fear is to simply see the rope as really a rope and not a snake. This example shows how mind functions in a state of ignorance. The distress and fear are simply the result of misperceiving the situation and simply knowing the rope isn’t a snake eliminates all the fear and distress created. Buddha Vairocana holds the wheel of dharma in his hands, which symbolizes absence of ignorance and complete and clear knowledge of all things as they are and as they manifest – dharmata. He is realized when ignorance is removed, the quality of Buddha Vairocana. This wheel symbolizes the Buddha’s teachings, which show us what to abandon and what to take up in our gradual advancement to enlightenment. We learn how to give up and abandon negative emotions and how to develop wisdom. Thus, the dharma wheel brings us from ignorance to wisdom. In comparison, it was the wheels of a chariot in Buddha’s time that brought you to your destination. The wheel of dharma similarly carries you from the darkness of ignorance to the clarity of knowing each thing as it is. Both hands of Vairocana Buddha are placed in the mudra called “enlightenment” or sometimes “the mudra of turning the wheel of dharma.” Since the only means to remove ignorance and defilements is by learning the dharma, Buddha Vairocana discloses the dharma to all living beings. He is white which represents “without fault” and he rests in the centre to the mandala and is on a lion’s throne. Each wisdom is associated with a particular skandha, which is a stage of perception and with a disturbing emotion of klesha. Next is given the wisdom this buddha represents along with the colour of the deity. One can recognize this deity because he is holding a particular object and also is on a throne supported by a particular animal. Each wisdom has a feminine aspect which is the consort of this buddha. This wisdom also represents a particular element and a particular chakra in the body.