Padmasambhava - "Born From a Lotus" - Also Known as Guru Rinpoche 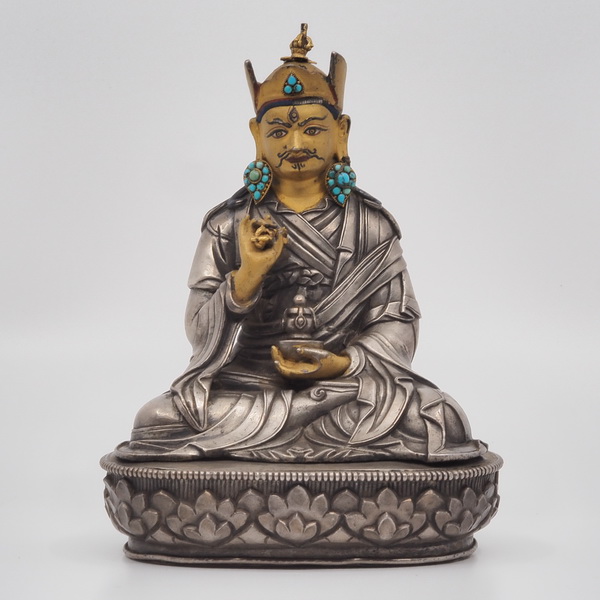 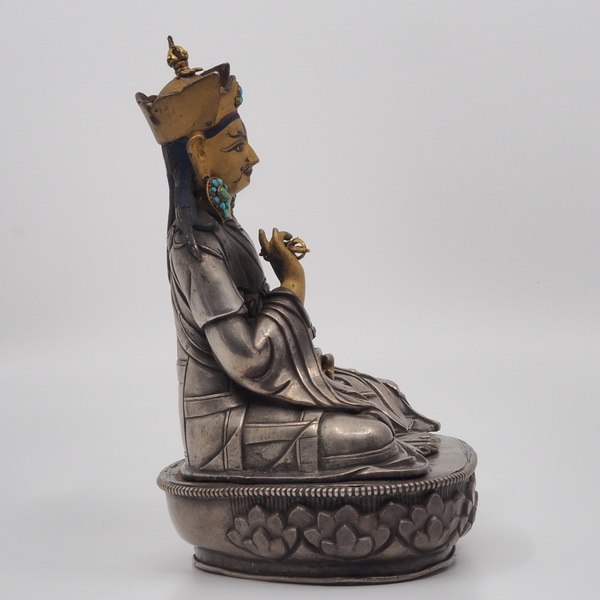 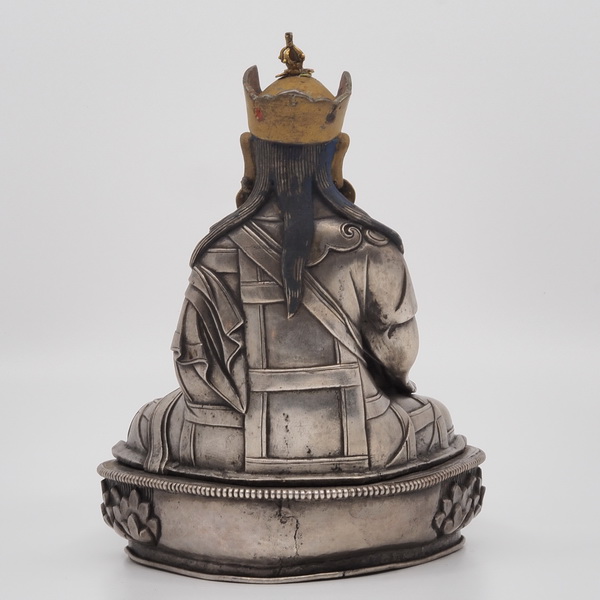 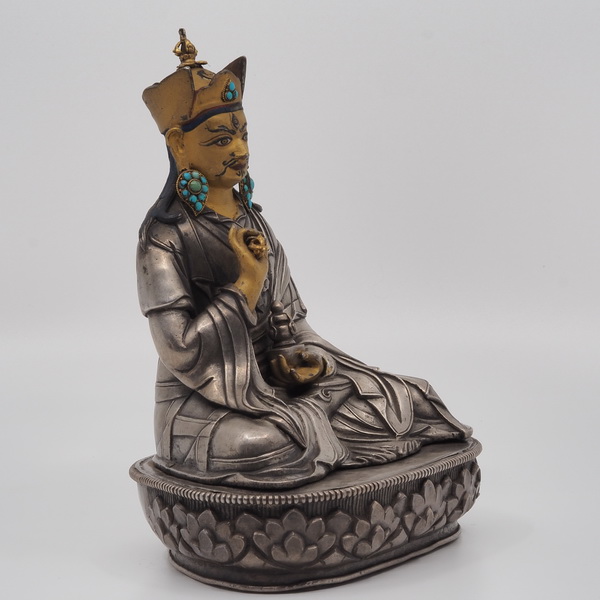 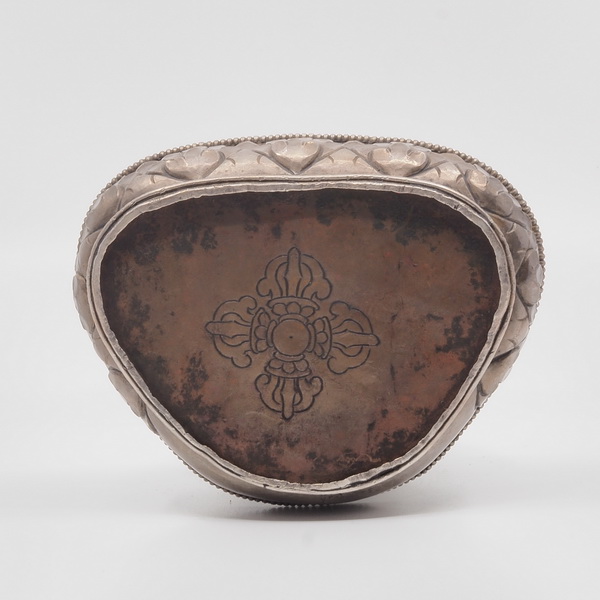 Description
Iconography
Hollow cast in one piece. The earrings and the hat are inlaid with turquoise. The
bottom of the lotus pedestal is sealed with a sheet of copper decorated with the visvavajra emblem.

Padmasambhava “born from a lotus” (Tib.: Padma ’byung gnas) is seated in the diamond attitude (vajraparyanka) on the skin of an antelope placed upon a double lotus pedestal. He holds in the right hand a five-pronged diamond sceptre (vajra), and in the left hand, resting in the lap, a “full vase” (purnakalasa). The separater cast ceremonial ritual staff (khatvanga) originally leaning against the left shoulder is lost. Padmasambhava is clad with a voluminous array of monastic garments (tricivara) with the borders decorated with ﬂoral patterns and wears the typical cap decorated with the sun-in-moon crescent emblem, and surmounted by a half-vajra.

Padmasambhaya was a famous Indian tantric adept who lived in the eight century and who, together with Santaraksita and Kamalasila, was instrumental in the propagation of Buddhism in Tibet. The rNying ma school or “ancient translation school” is based on the teachings of the Padmasambhava, who was later deiﬁed of whom they worship eight different manifestations.
According to the design of the lotus pedestal, this image originates from Bhutan - a traditional stronghold of the rNying ma school. This image is of better quality than any of the images of Padmasambhava included in the catalogue of the exhibition The Dragon’s Gift: The Sacred Arts of Bhutan.