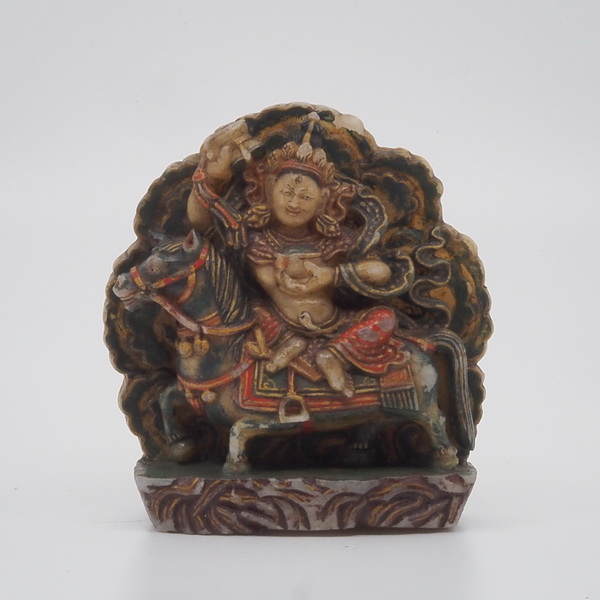 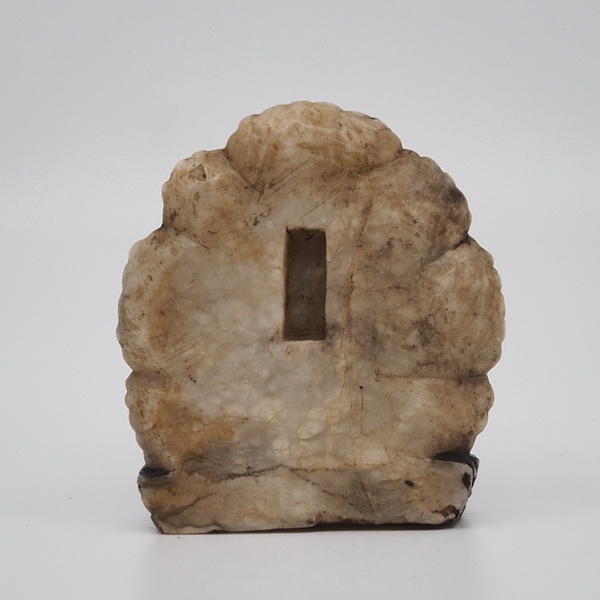 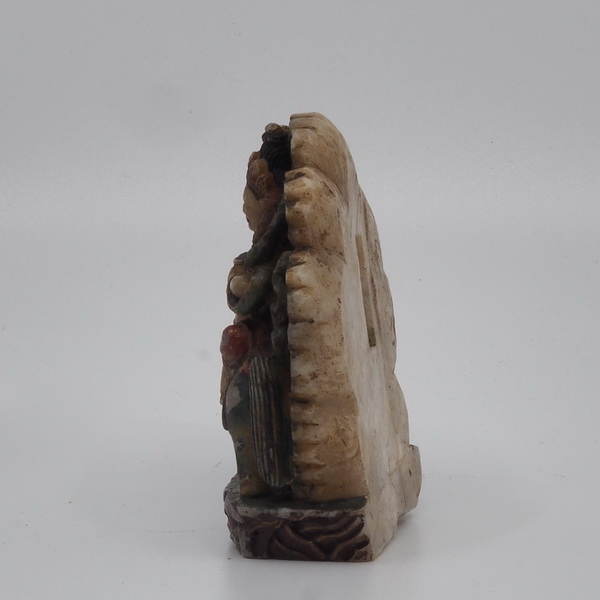 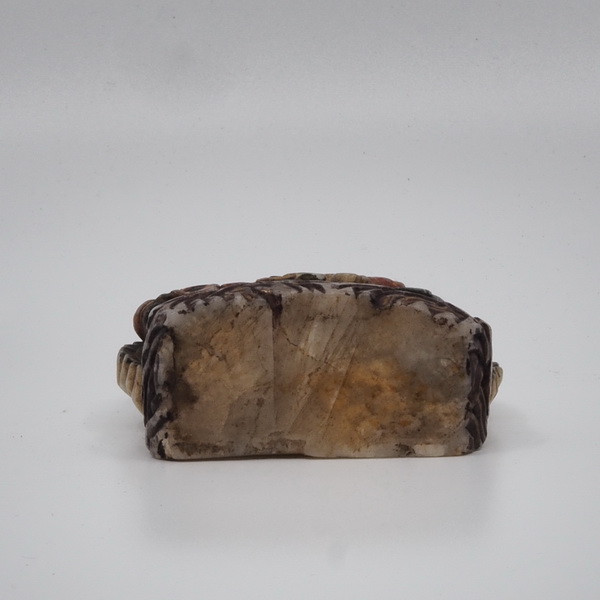 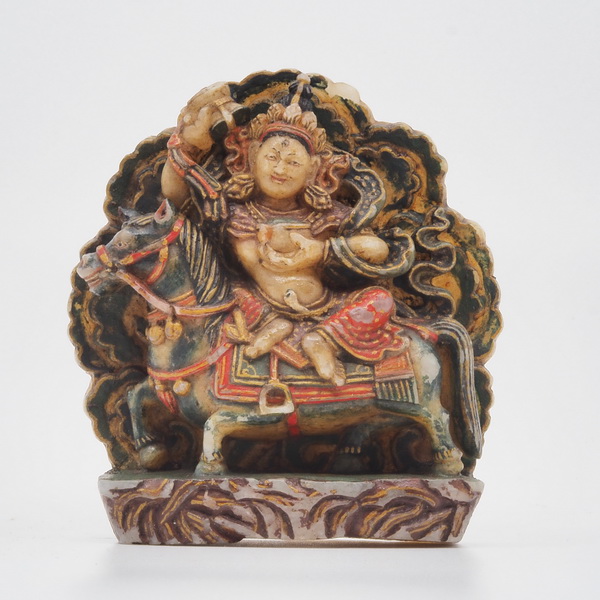 Achi Chokyi Drolma, born in the 11th century in Central Tibet, was always preoccupied with spiritual practice. Believing that great things would come from her offspring and future generations she sought out and married a good man. She had four sons each of whom became a great ascetic or scholar. As a great Tantric practitioner herself and a great teacher in her own right, in a large cave before her many students, she once conducted a sacramental feast transforming a human corpse into a sacred offering. At that time she vowed to be a protector of Buddhism and composed a liturgy for invoking herself as a protector deity. Upon completion of the verses, appearing on the back of a blue horse she flew into the air and departed for a distant Buddhist Pureland. Later, her great-grandson Jigten Sumgon (1143-1217), the founder of a large and influential tradition of Buddhism, Drigung Kagyu, also composed a liturgy for his famous great-grandmother and established her as a principal religious protector of the tradition.
Jeff Watt 5-2005 [updated 8-2018] - https://www.himalayanart.org/search/set.cfm?setID=3991