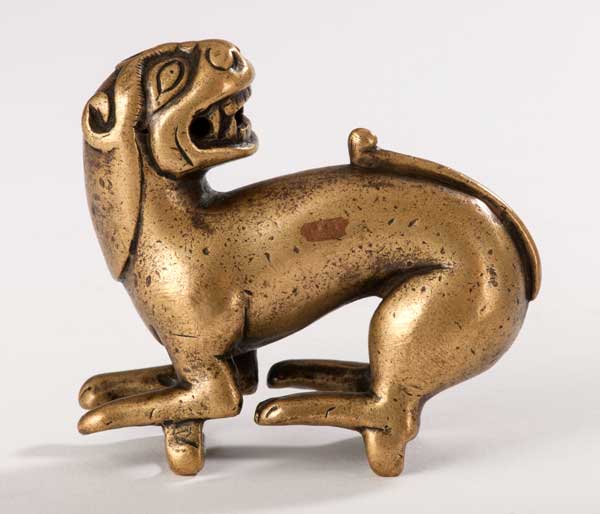 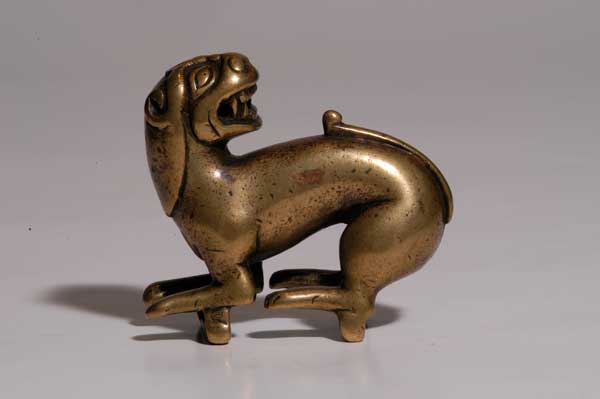 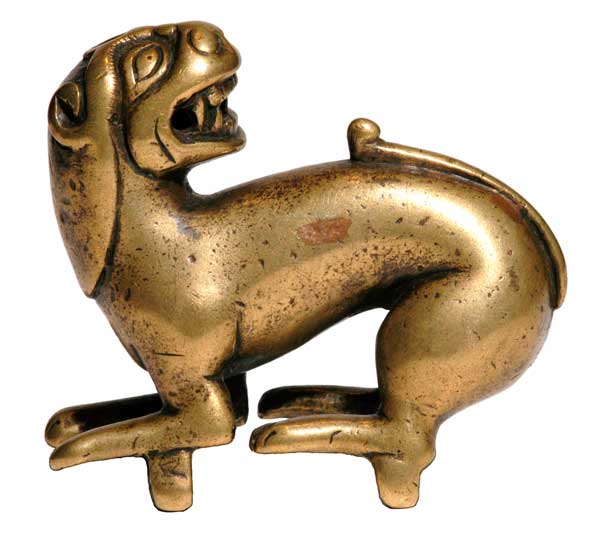 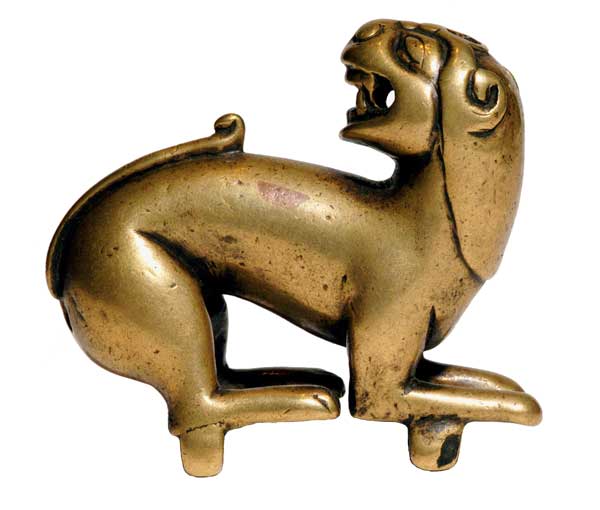 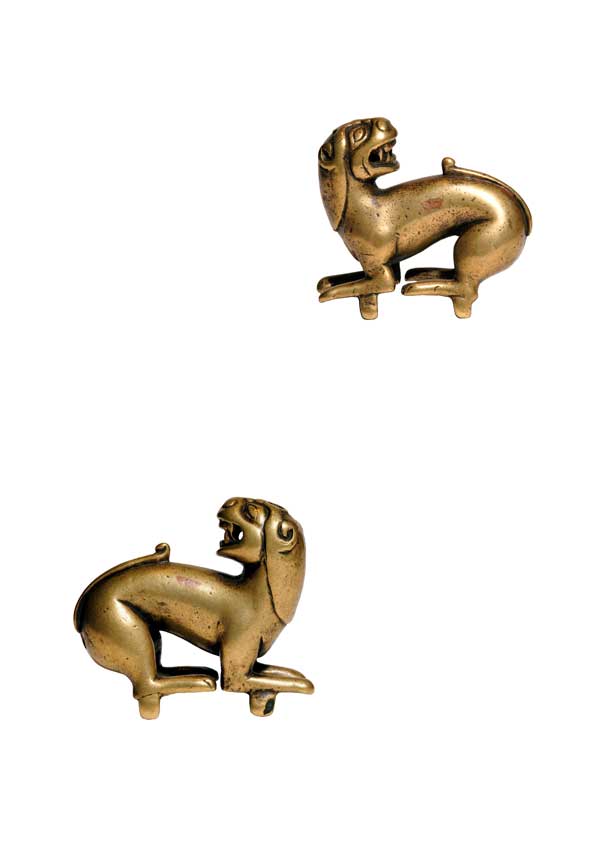 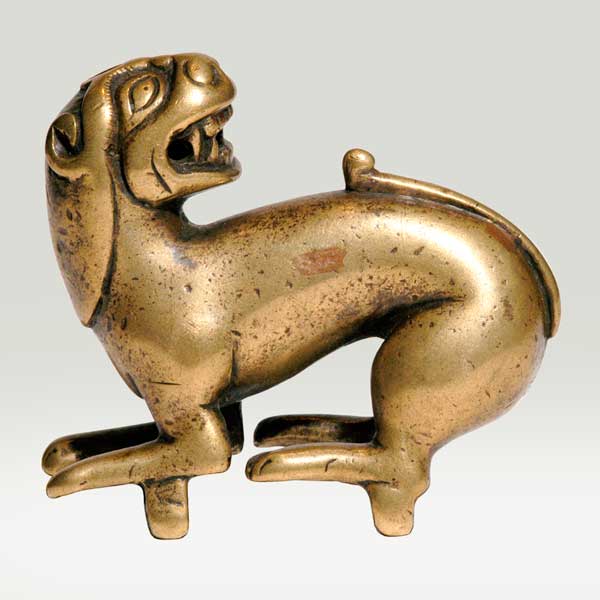 Description
This statue of a squatting lion appears to be very early and may date back to the Tibetan imperial dynasty, popularly called Yarlung dynasty. As indicated by the tenons of the pair of feet, the lion was probably originally attached to an object, possibly a vessel. According to archaeological and literary references, sculptures of animals and especially of lions were very popular among the Tibetans of that period.