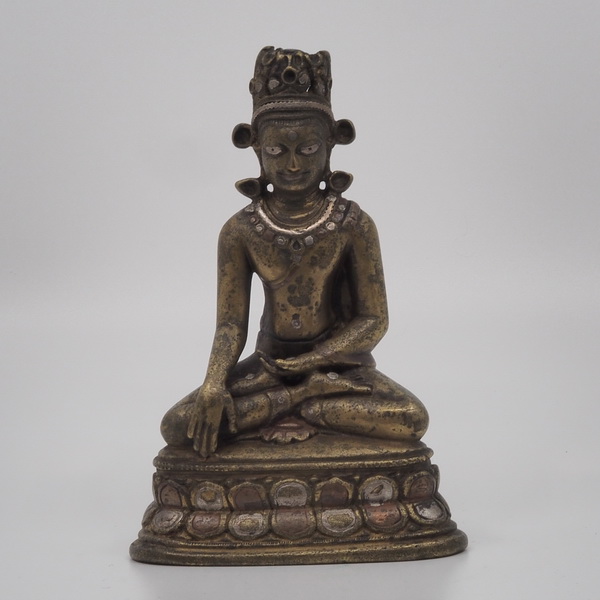 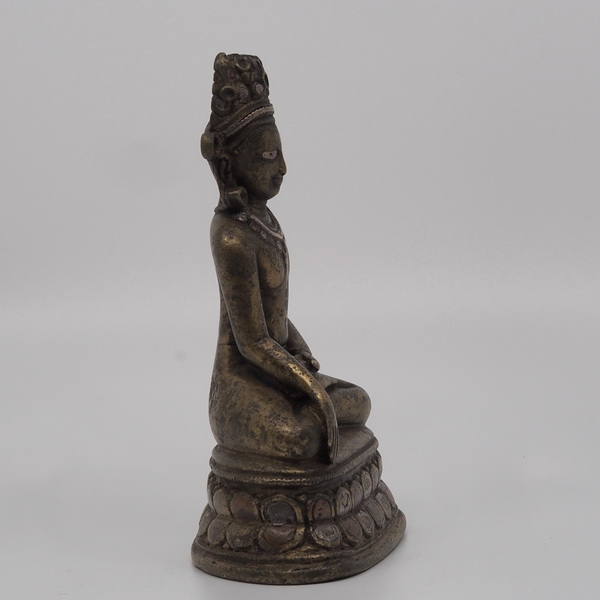 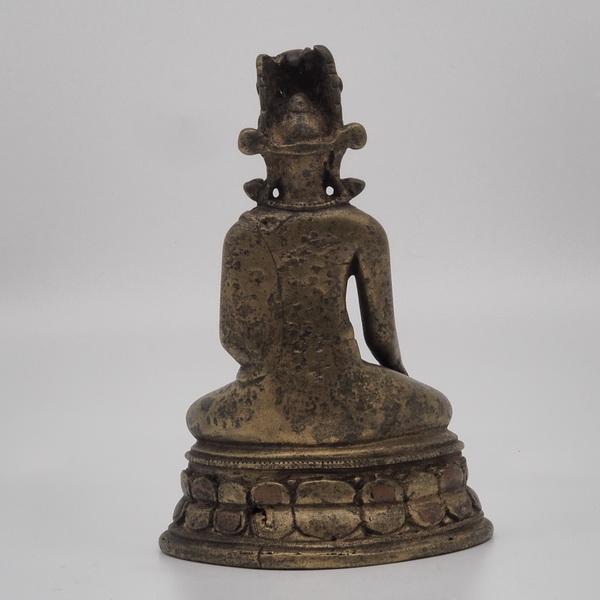 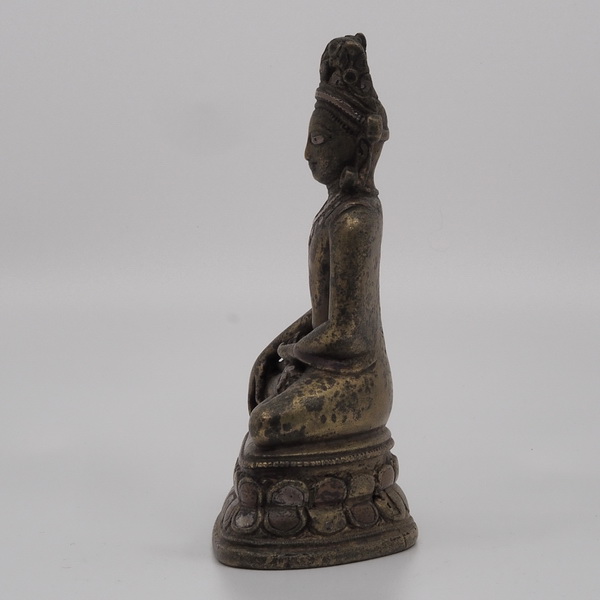 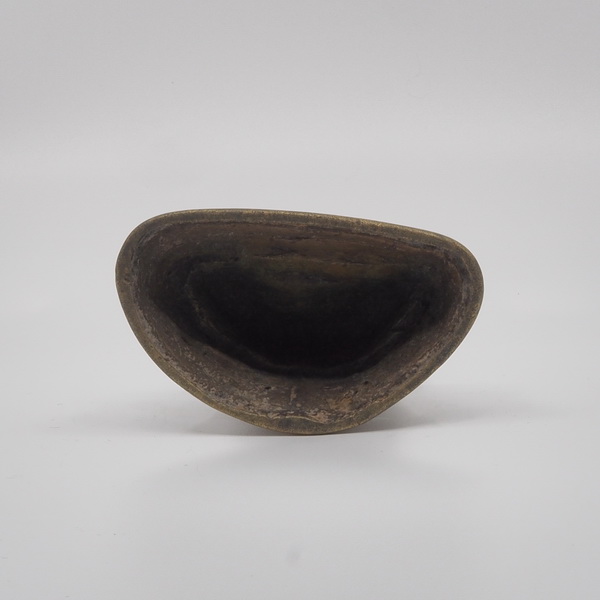 Description
This crowned Buddha represents the historical Shakyamuni and not Aksobhya – one of the five Tathagatas or transcendental Buddhas. The art of Pagan in Upper Burma was very much influenced by the Eastern Indian art styles. In particular the Buddhist art of the Pala Schools had a great impact upon the development of the art of Pagan during the 11th and 12th century. Although numerous crowned Buddhas are known in the art of Pagan, images inlaid to such an extent are extremely rare.