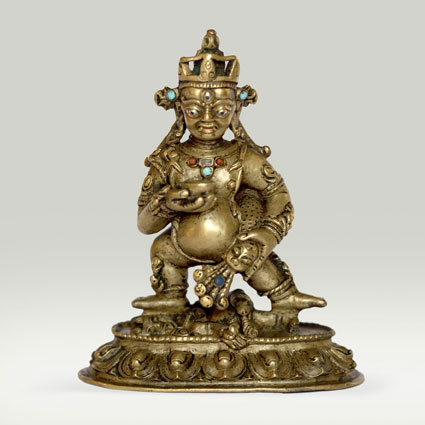 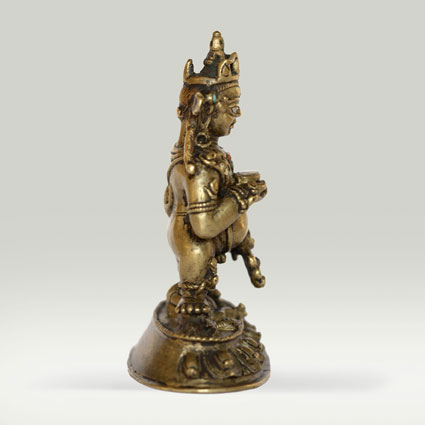 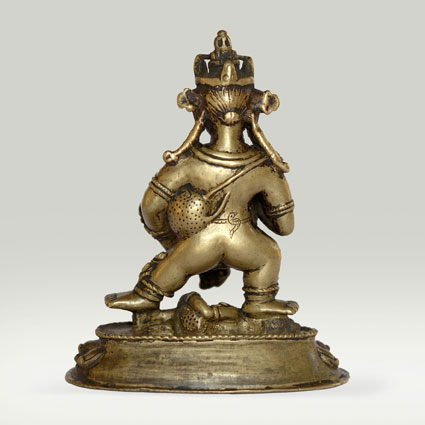 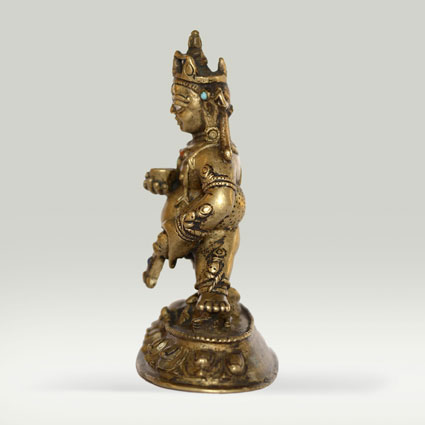 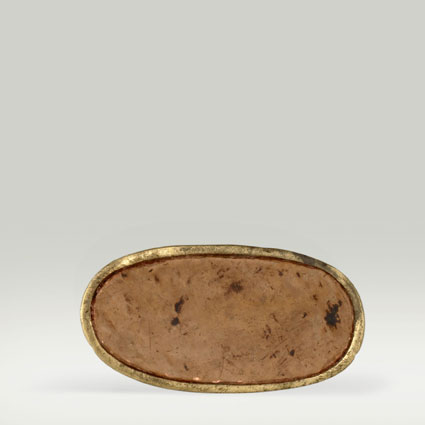 The Lord Jambhala having the appearance of a dwarf, naked, sexually aroused, pot-bellied, with pierced ears, three bulging bloodshot eyes, brown hair flowing upwards and bared fangs, in a standing position, the right leg bent, and the left straight. He has one head and two arms. The right hand holds the top of a skull in front of his chest as a blood container, and the left hand holds a mongoose expelling wish fulfilling jewels. On his head is a crown. He shows anger on his face, standing with his right leg bent, his left leg extended, the right leg is extended pressing upon the head of the yellow Lord of Wealth.

The Black Jambhala is also known as the Hindu God of Wealth, Kubera. Originated in ancient India, he manifested from the waters of the river and gave the transmission of generating wealth to a king whose kingdom was undergoing extreme financial difficulties during that time. He also benefits the poor and those in solitary retreat that have a virtuous mind.

Popularized by Shakyasribhadra, holding a skullcup and mongoose, naked and wrathful in a standing posture. He is the God of Wealth in Tibetan buddhism. Jambhala, Black (Tib.: dzam bha la, nag po), a wealth deity popularized in Tibet by Bari Lotsawa (b.1040) and the Kashmiri teacher Shakyashri Bhadra.

He is the manifestation of Amoghasiddhi Buddha by the request of Buddha Shakyamuni to turn the wheel of Dharma to benefit sentient beings who are suffering from poverty. He will enable all endeavors to be perfectly accomplished and purify all bad luck and obstacles, prevent theft, bad debts and loss of wealth.

Jambhala has a black colored body. Also depicted in a standing position over a human body, symbolizes to subdue human’s ego and eliminate human’s greed. His right hand holding Gems Pot and his left hand holding an animal named Nehulay (mongoose) which spue out jewels from its mouth. Black Jambhala also wears a snake necklace on his body.
The Mantra of Black Jambhala is: Om Jambhala Jalendraye Bashu Dharini Svaha and "Om Indzali Mu Kam Dzamali Soha"
Vaisravana, Kubera, Jambhala
Vaisravana (Sanskrit) or Vessavaṇa (Pali) is the name of the chief of the Four Heavenly Kings and an important figure in Buddhist mythology.