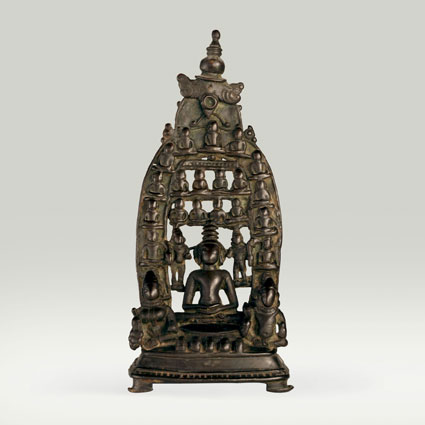 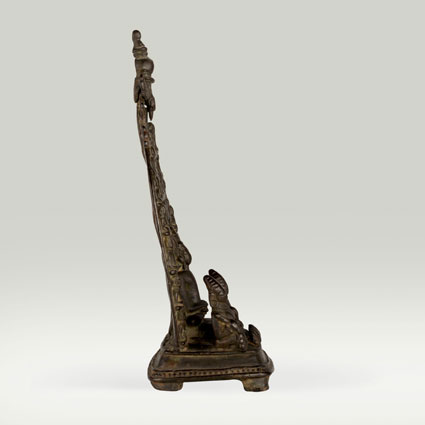 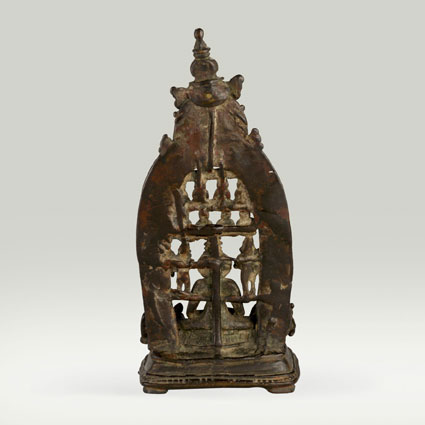 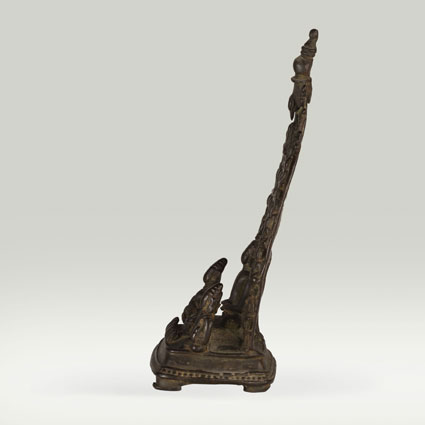 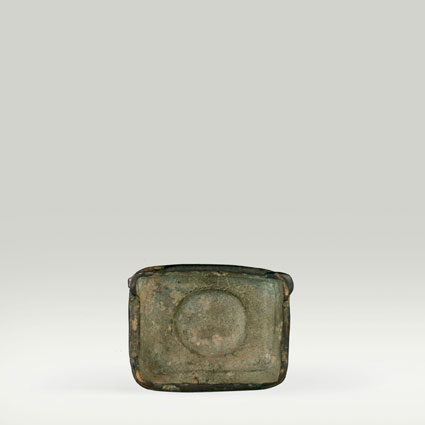 Iconography
TirthankarIn Jainism, a Tirthankara ("Fordmaker") (also Tirthankara or Jina) is a human who achieves enlightenment (perfect knowledge), through asceticism. A Tirthankar becomes a Jina (after totally conquering anger, pride, deceit, desire, etc.). A Tirthankar is the founder of a "Tirth", a Jain community which acts as a "ford" across the "river of human misery". After achieving enlightenment, a Tirthankar shows others the path to enlightenment. The Tirthankar's religious teachings form the Jain canons. The inner knowledge of all Tirthankars is perfect and identical in every respect, for the teachings of one Tirthankar do not contradict those of another. However, the degree of elaboration varies according to the spiritual advancement and purity of humans during that period. The higher the spiritual advancement and purity of mind, the lower the elaboration required.At the end of his human life-span, a Tirthankar achieves liberation ('moksh' or 'nirvan'), ending the cycle of infinite births and deaths. Jainism states time has no beginning or end. It moves like the wheel of a cart. There have been an infinite number of time cycles before our present era and there will be an infinite number of time cycles after this age. At the beginning of the twenty first century, we are approximately 2,530 years into the fifth era of the present half cycle. Twenty-four Tirthankars are born in each half cycle of time (that is forty-eight in each full cycle), in this part of the universe. In our current (descending) half cycle of time, the first Tirthankar Rishabh Dev, lived billions of years ago and attained liberation (“moksh” or “nirvan”) towards the end of the third era. The 24th and last Tirthankar was Mahavir Swami (599-527 BC), whose existence is a historically accepted fact. Digambaras believe that all twenty four Tirthankars were men but Svetambaras believe that the 19th Tirthankar, Malli Nath, was a woman.The next Tirthankar in our part of the universe will be born at the beginning of the third era of the next (ascending) half cycle of time, in approximately 81,500 years. As Tirthankars direct us to enlightenment, their statues are worshipped in Jain temples by Jains aspiring to achieve enlightenment. Tirthankars are not God or gods. Jainism does not believe in the existence of God in the sense of a creator, and gods are beings superior to humans but, nevertheless, not fully enlightened. Particular TirthankarsDepictions in various forms, including images, statues, etc., of the Tirthankaras are always represented as seated with their legs crossed in front, the toes of one foot resting close upon the knee of the other, and the right hand lying over the left in the lap. Only two are represented differently: that of Parsvanatha, the twenty-third, who has snake-hoods over him, and Suparsva, the seventh, who the Digambarashas depict with a smaller group of snake-hoods.Digambara representations are quite nude, while those of the Svetambaras are clothed and decorated with crowns and ornaments. They are further distinguished from one another in representations by their attendant Yakshas and Yakshinis, as well as by their associated chihnas (cognizances) carved on the cushions of their thrones. All but two of the Jains are ascribed to the Ikshvaku family (or Kula or Kul, which in Sanskrit means "heart community" or "intentional/chosen community/family"). Munisuvrata, the twentieth, and Neminatha, the twenty-second, were of the Harivamsa race. All but Rishabha received diksha (consecration) and jnana (complete enlightenment) at their native places. Rishabha became a Kevalin at Purimatala, Nemi at Girnar, and Mahavira at the Rijupaluka river. Twenty Tirthankaras died or obtained moksha (deliverance in bliss) on Sameta Sikhara. However Rishabha, the first, achieved nirvana on the Kailasa Mountain of the Himalayas; Vasupujya died at Champapuri in north Bengal; Neminatha on Mount Girnar; and Mahavira, the last, at Pavapur. Twenty-one of the Tirthakaras are said to have attained Moksha in the Kayotsarga posture; Rishabha, Nemi; and Mahavira on the padmasana (lotus throne).