Aksobhya - the "Unshakable" one of the five transcendental Buddhas of Mahayana 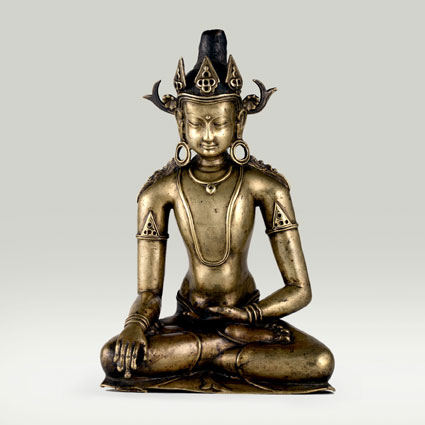 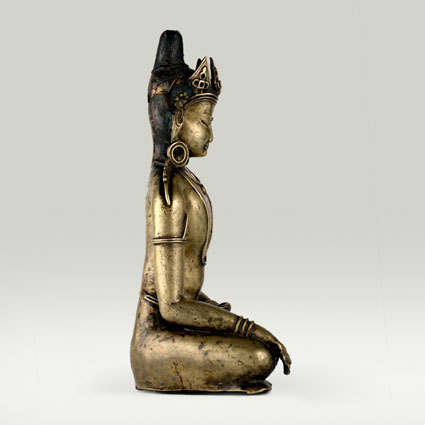 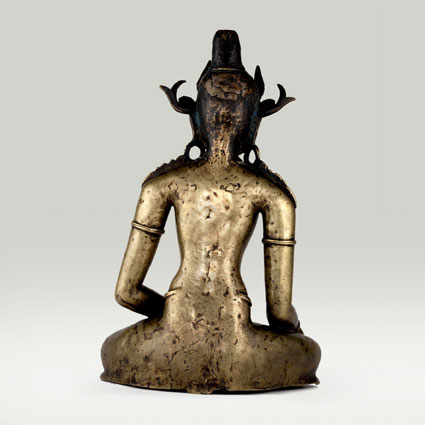 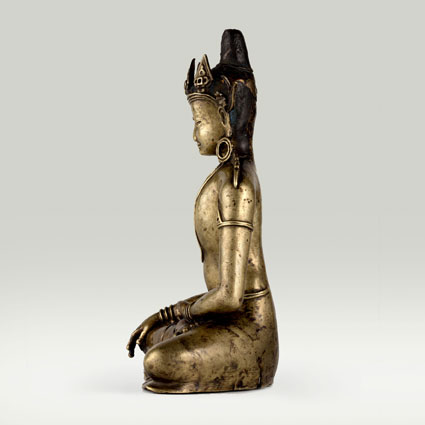 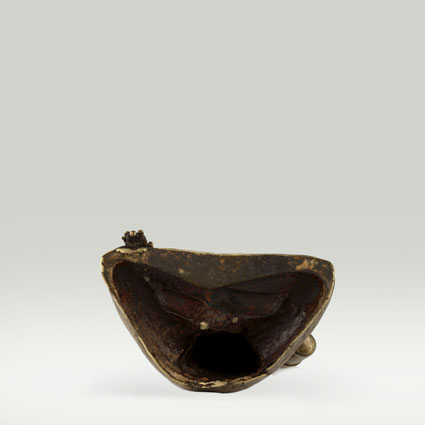 
This statue of Akœobhya was likely cast by a Tibetan artist. Rendered in a Tibetan style, it is echoing influences from both North-Eastern Indian and Nepalese art.
The Five Buddha Families
The essential nature of a bodhisattva or a buddha is that he or she embraces the enlightened qualities of the five buddha families, which pervade every living being without exception, including ourselves.
To achieve the realization of these five buddha families or the five dhyana buddhas, it is necessary to abandon the five disturbing emotions of great attachment, anger or aggression, ignorance or bewilderment, pride and envy. When these disturbing emotions are purified and removed, the five wisdoms shine forth. Realization of the five wisdoms is realization of the five dhyana buddhas. To begin with, we have to understand what the five disturbing emotions (Skt. kleshas) are.