Portrait of an unidentified great teacher 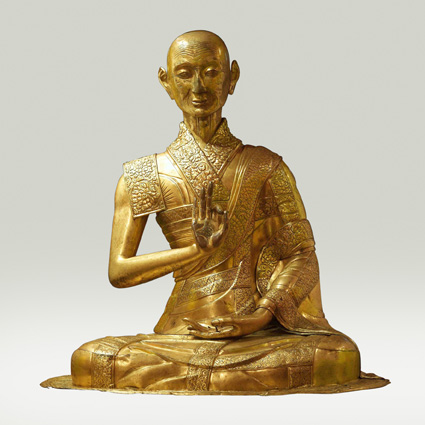 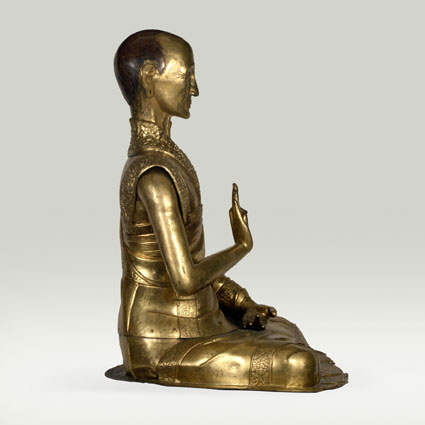 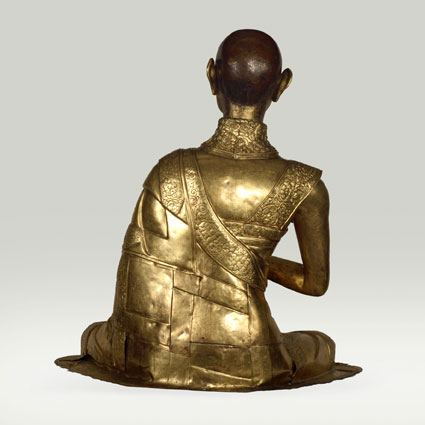 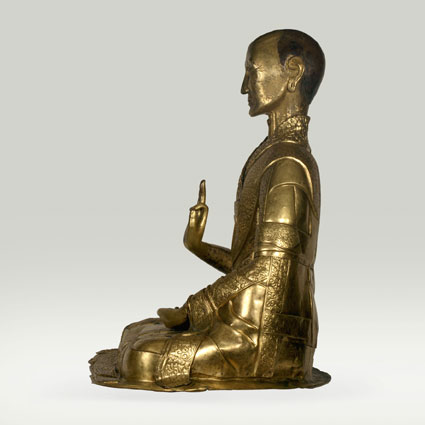 See it in the Museum
Chapel
Orientation 1
Plinth 3

Assembled from several cast parts and sheets of embossed gilt copper.
The face retains remains of painted cold gold.
The begging bowl with the elaborate decorated container was originally not part of this statue.

This large statue represents an unidentified elderly teacher with distinct individual features, which indicate that this work is a real portrait of a master who had reached at least an age of seventy years or more. Could it be that this statue is a nga dra ma, “it looks like me”, made during the subject’s lifetime or shortly after his death?