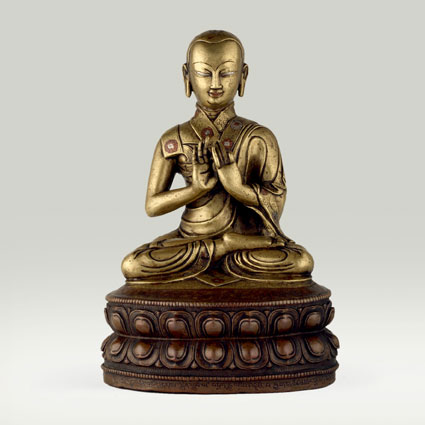 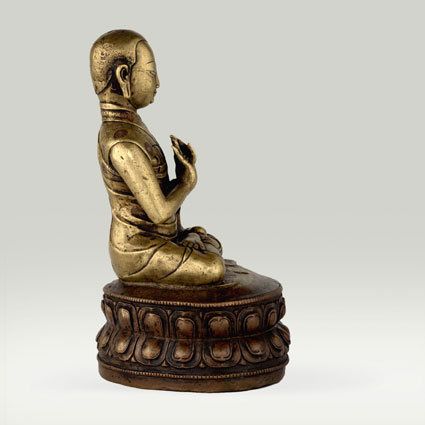 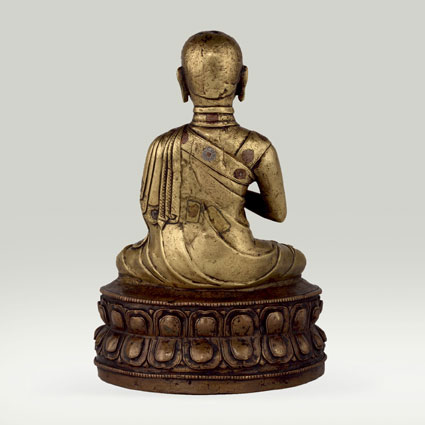 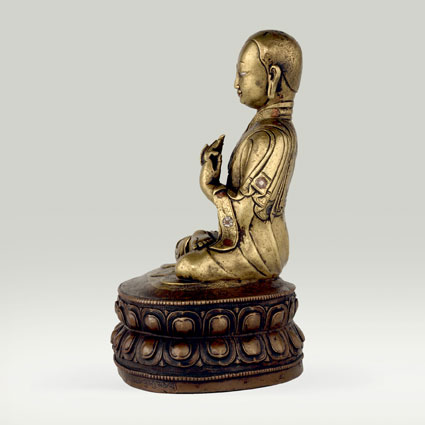 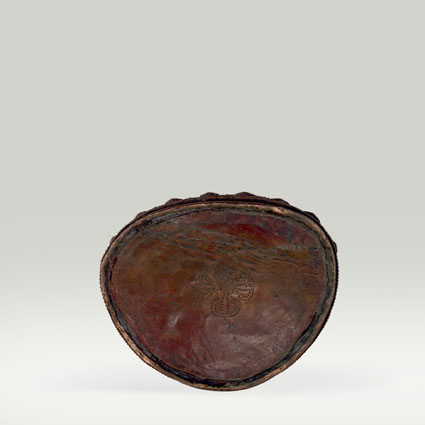 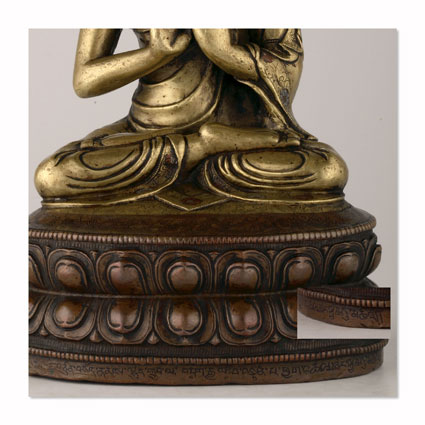 Description
Hollow cast in two parts.
The image of the monk is cast in yellowish couloured brass, the pedestal in brownish copper alloy.
The eyes are inlaid with silver, the lips with copper.
The border of the upper monastic garment is decorated with ornaments inlaid with copper and silver, and engraved.
The bottom of the pedestal is sealed with a sheet of copper decorated with the visvavajra emblem.

rJe bjsun bSod nams lum grub, as identified by the inscription, is seated in the diamond attitude (vajra-paryankasana) on a double lotus pedestal with beaded borders. He displays the "gesture of the wheel of the doctrine" (dharmacakra-mudra) and is clad with monastic garments (tricivara).