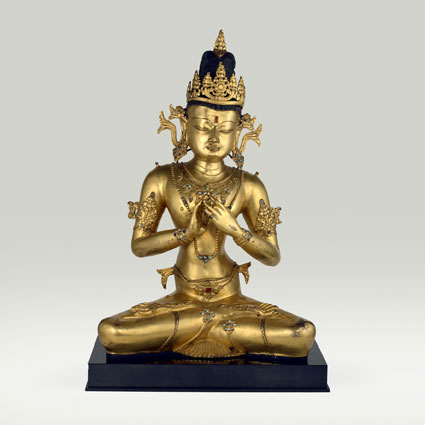 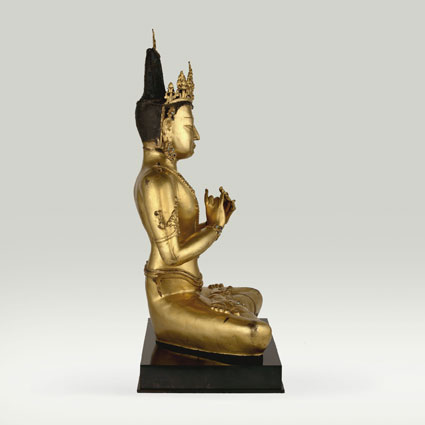 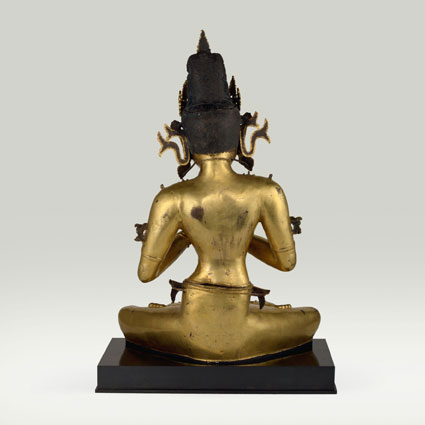 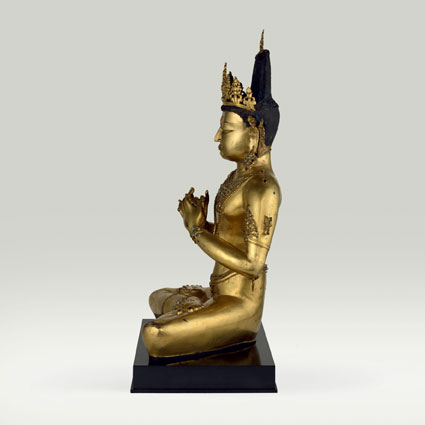 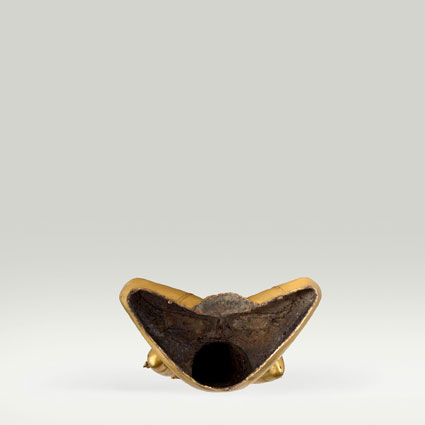 This gilt copper image very likely represents Manjughosa (Tib. 'Jam pa 'i dbangs) - a form of Manjusri (Tib. 'Jam dpal) - depicted as crowned and bejeweled Bodhisattva in the sambhogakaya aspect. The Bodhisattva, slightly bent at the hip and neck, is seated in the diamond attitude (vajraparyankasana), and was originally placed on a separately cast lotus pedestal. The hands form the "gesture of the wheel of the doctrine" (dharmacakra-mudra). He is clad in a cloth tied by a belt around the hips. He has bejeweled ornaments, namely a five-leaved crown, two necklaces with attached pendants, bracelets on the upper arms and wrists, ankles, and feet. The emblem on the forehead is possibly a ratnayupa. The hands originally held the stalk of a flower which, according to the sadhanasof Manjusri, should represent the blue lily (nilotpala); it was attached to the shoulders and decorated with a pair of attributes.
This large Manjughosa was likely manufactured in Tibet during the 13th century by a Newar artist from the Kathmandu valley. Note the influence by Pala sculptures.

Provenance
Formerly at the Cranmore Ethnological Museum, Chislehurst, Kent U.K. Founded by Harry G. Beasley (1882-1939). There is a possibility that this image was brought to England from Tibet by one of the Younghusband expedition (1903-1904).
Manjusri: alternate name: Vajrananga Manjughosa
(From Wikipedia, the free encyclopedia)