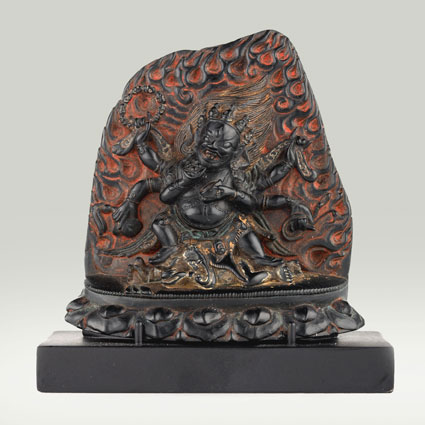 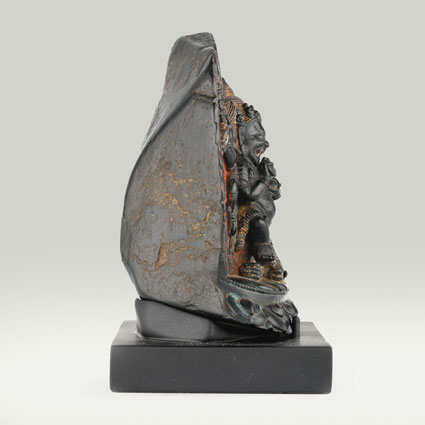 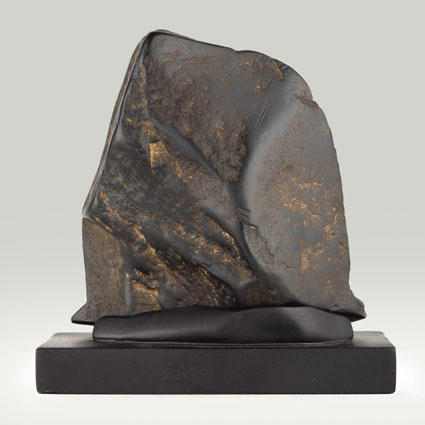 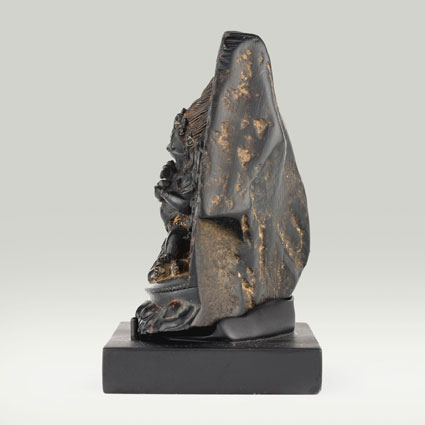 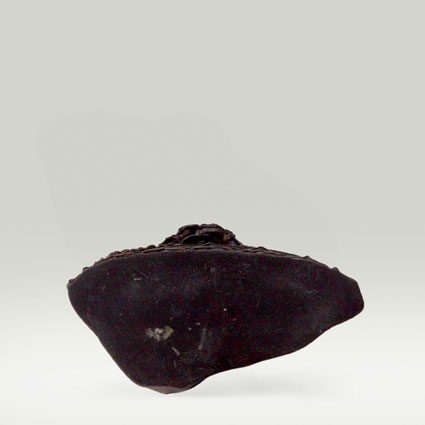 The six armed (sadbhuja) form of Mahakala (Tib. mGon po phyag drug pa), three eyed with a fierce expression, is trampling with spread legs on the elephant-headed Brahmanical god Ganesa (Tib. Tshogs bdag) lying on a single lotus pedestal. In the upper right hand Mahakala holds a skull garland (mundamala) and in the upper left no visible attribute. Additionally he holds with the upper arms an elephant skin (gajacarma). With the two principal hands, he holds a chopper with a vajra handle (vajrakatrika) and a skull-cup (kapala). In the lower right hand Mahakala holds a double drum (damaru) and in the lower left a noose (pasa).

The six armed form of Mahakala is known in Tibet as mGon po phyag drug pa 1. and also as mGon po nag po 2. When comparing a number of images, it becomes evident that the attributes of the upper and lower hands are interchangeable.
Mahakala
(From Wikipedia, the free encyclopedia)