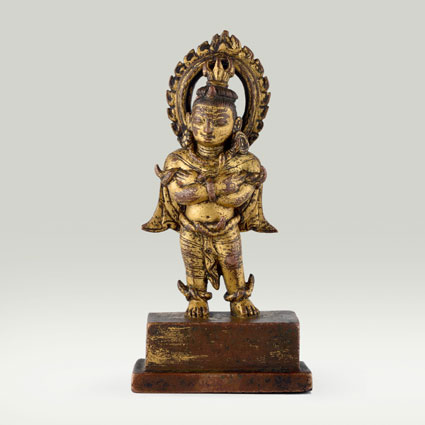 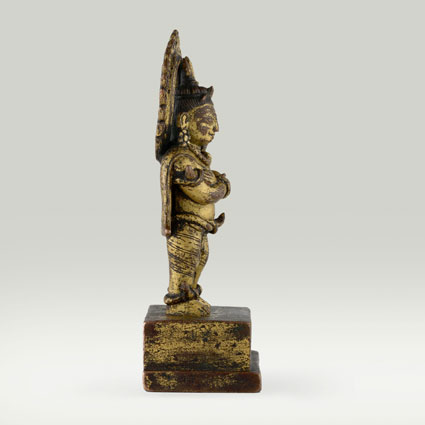 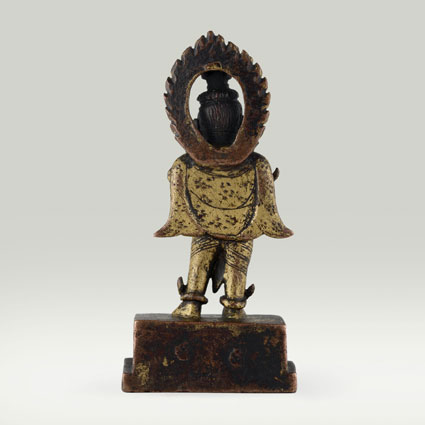 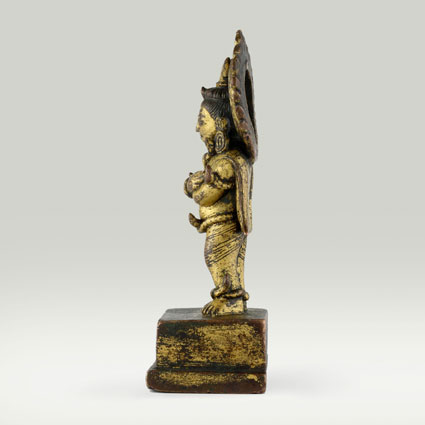 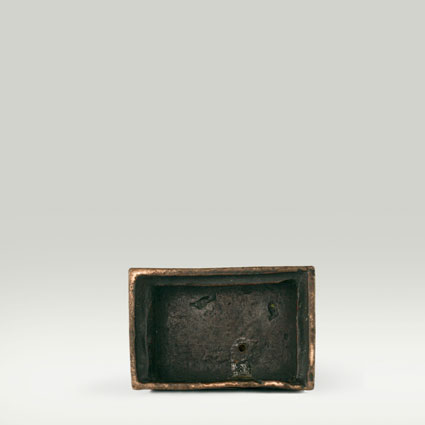 Description
Copper with remains of gilding; cast in one piece, partly hollow.
The bottom of the lotus pedestal in not sealed.

Vajrapurusa (Tib. rDo rje skyes bu), who represents a "personifiede vajra", stands in a very slightly bent attitude (abhanga) on a rectangular pedestal and holds his arms crossed in front of the chest. He is clad in a tiger skin (vyaghracarma )tied around the hips with a snake, and wears a shawl around the shoulders with the pointed ends hanging down at the back. The hair is topped by a prominent finial of a five-pronged sceptre (pancasucika-vajra). He wears earrings, a necklace, bracelets on the upper arms and wrist, an anklets, all composed of snakes (naga).

The vajra is of great antiquity and was first associated with the Vedic Indra and only later with the Buddhist Bodhisattva Vajrapå~i. In Nepal a vajra cult personified by Vajrapuruœa – existed independently of the Vajrapani cult. During about the 9th or 10th century a consolidation of the two cults appears to have taken place. The consolidation is best illustrated by Vajrapå~i statues where he touches the head of Vajrapuruœa in contrast to Vajrapani statues where the Bodhisattva holds a vajra.